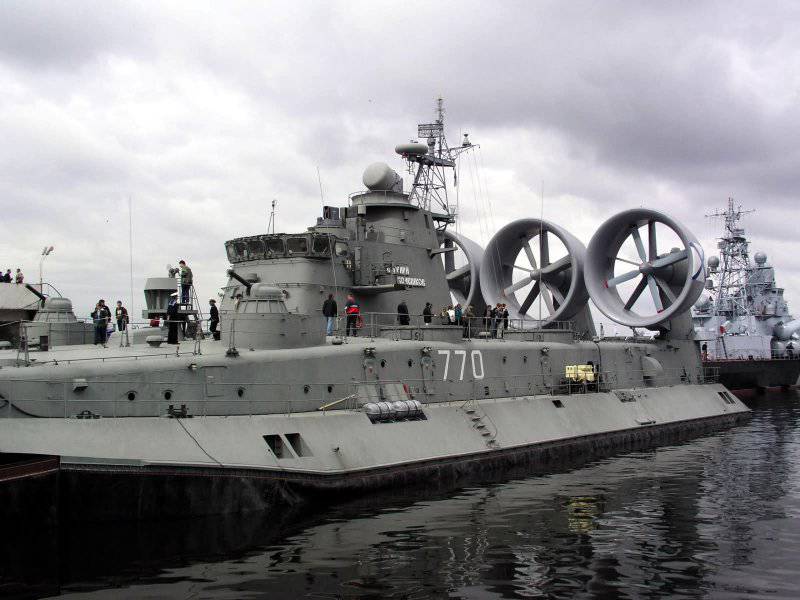 The Zubr class ship, or the 12322 Project, is a small landing craft equipped with an airbag and developed in Soviet times. After the project was declassified, the Zubr was recognized as the world's most powerful ship with an air cushion. The vessels of this class have in their arsenal countries such as Ukraine, Russia and Greece. It is noteworthy that the Zubr is the first ship produced in the USSR and subsequently acquired and put into service by the NATO countries. 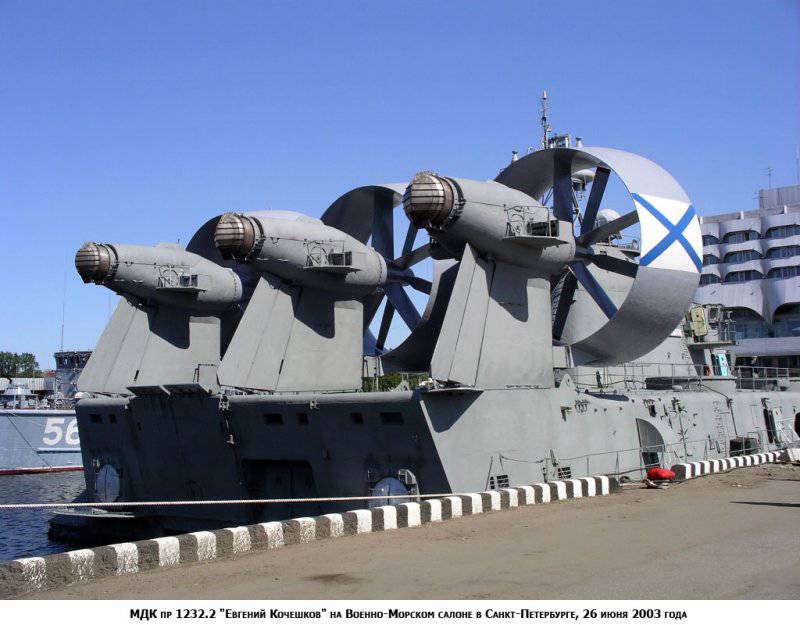 "Bison" is designed to perform the following tasks: it transfers personnel of military units, military equipment and is engaged in cargo supply to unequipped coastlines. An air cushion allows landing on 70% of the coasts of the entire oceans. Cargo compartment holds three tank, whose total weight can reach up to 150 tons, or 10 armored personnel carriers (up to 130 tons) and another 140 marine corps. 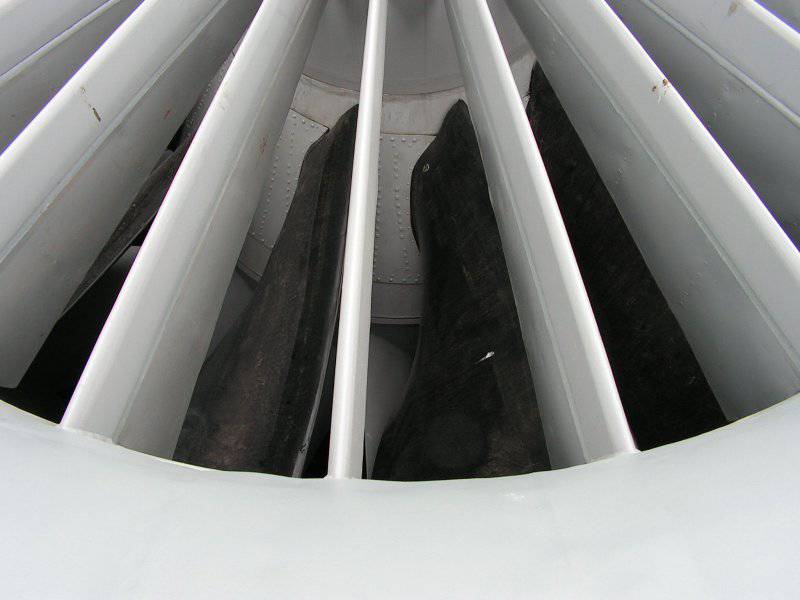 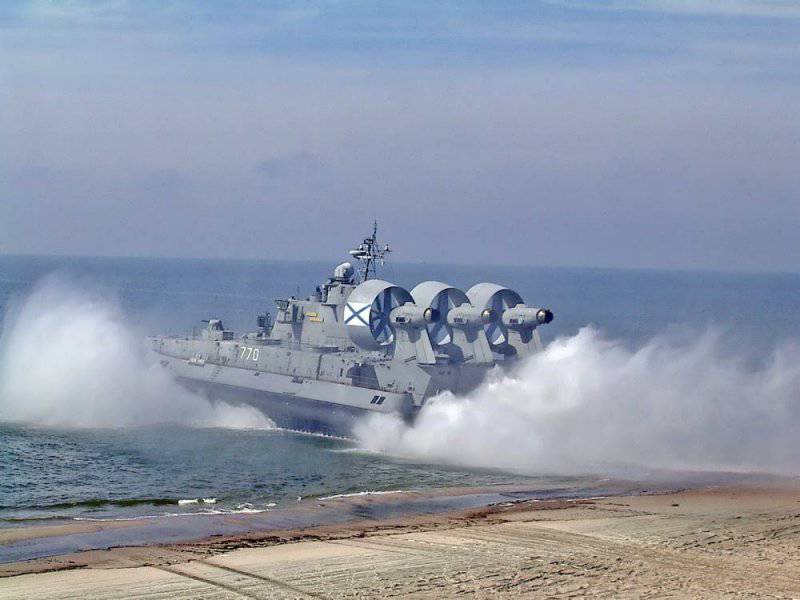 The engine of the ship has a capacity of 50 in thousands of horsepower. The engine is a power plant M35, produced at the Nikolaev enterprise “Zorya-Mashproekt”. The vessel has four NO-10 injection units with a propeller, the diameter of which is 2,5 meters. Their rotation consumes all the power of the power plant. Three reversing screws are responsible for the horizontal movement of the Bison. The diameter of each 4-blade propeller is 5,5 meters. 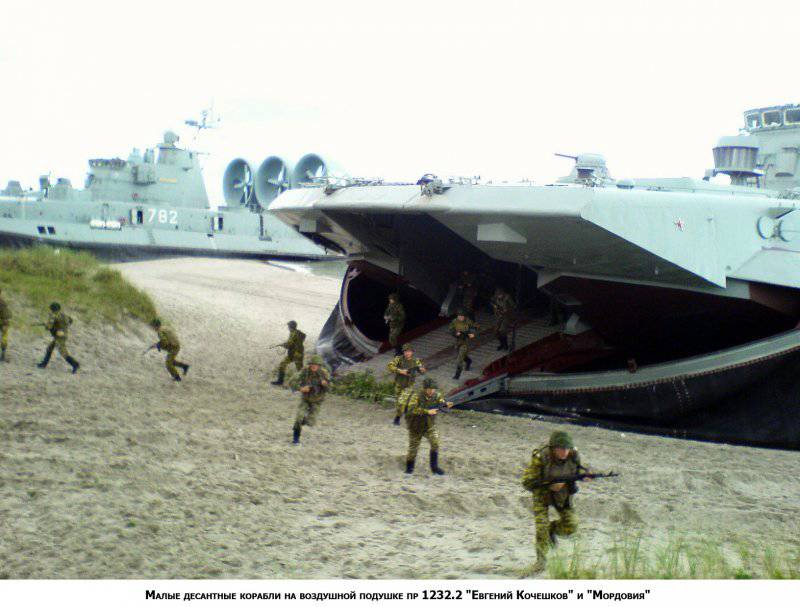 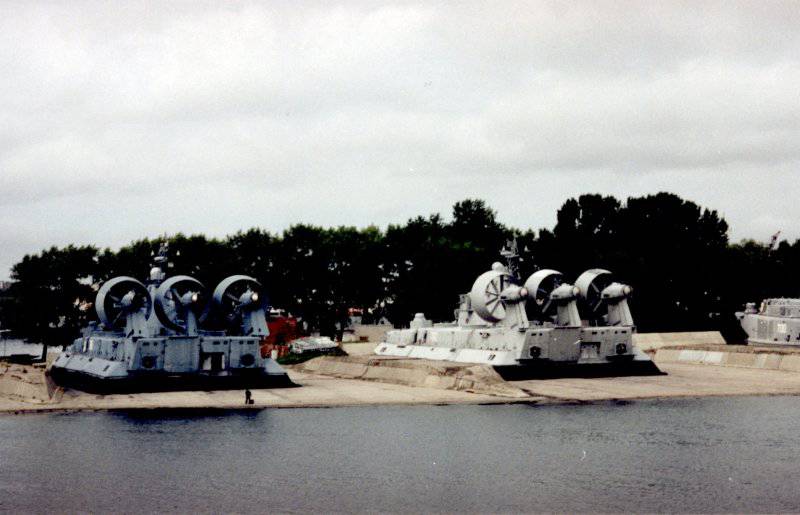 The ship "Bison" has artillery and rocket armament. Artillery armament is reduced to two X-NUMX-mm AK-30 automatic artillery systems mounted on a ship. The ammunition of each is 630 shells. Two A-3000 “Fire” launchers for 22-mm unguided rockets are the ship’s missile armament. Their ammunition includes 140 NUR-s to each. 66 portable Igla anti-aircraft systems are designed for air defense. 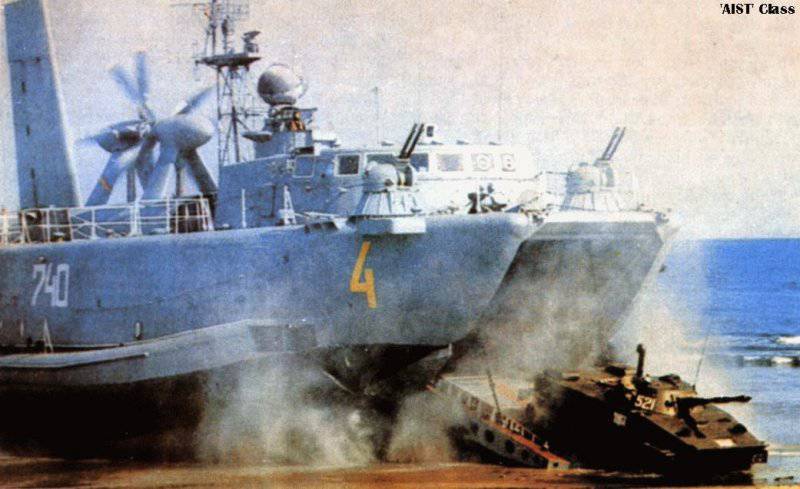 We are in Yandex Zen
LCAC hovercraft
Small hovercraft "Bison"
14 comments
Information
Dear reader, to leave comments on the publication, you must to register.