China is getting closer to landing on the moon

January 14 2015
13
Russia is not the only country in the world that is banking on the lunar program. China also has serious plans for a natural satellite of the Earth. Recently, the Chinese experimental spacecraft successfully entered orbital lunar orbit. This part of the Chinese lunar program is a rehearsal of a future unmanned mission called Chang'e-5, during which China expects to deliver two kilograms of lunar soil from the Moon to Earth.


11 January 2015, the Beijing Aerospace Control Center reported that the experimental spacecraft, the main purpose of which is to test the descent to the lunar surface, was successfully launched into the lunar orbit. The device is located in an elliptical orbit with the apogee of 5300 km and perigee equal to 200 km, orbital period of the moon 8 hours. On the night from 12 to 13 in January, he had to complete two decelerations, go to his target low orbit. In this orbit, the device will perform several tests that are necessary to work on the creation of a soft landing technology on the lunar surface.

Zhao Wenbo, deputy director of the Center for lunar and space projects at the State Administration of Defense Science, Engineering and Industry of China, noted that after stabilization of the circulation, the module will begin to move along the current orbit at an altitude of 200 km above the surface of the Earth satellite. In this orbit, the device will begin to work out the technologies that will be needed for the next Chinese lunar mission, which the Chang'e-5 apparatus will have to accomplish. According to Zhao Wenbo, the module currently injected into the lunar orbit has enough energy, the device is in very good condition and under effective, and most importantly, stable control by technologists on Earth, and is able to safely complete all of the planned experimental tasks. 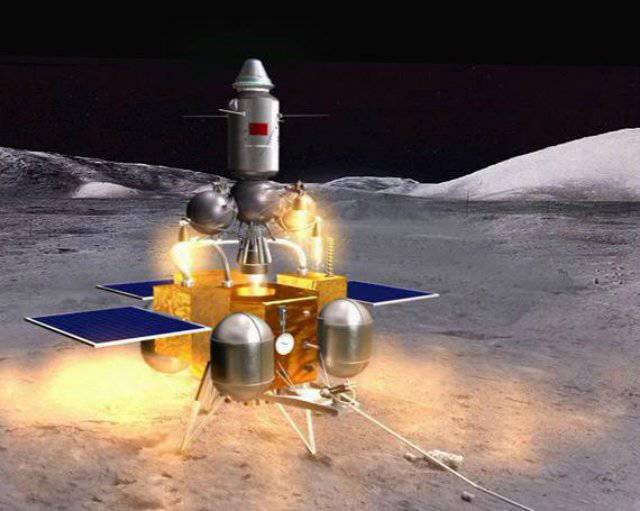 A new Chinese lunar lab was launched yet 24 October 2014 of the year. 1 November 2014, the serving module successfully separated from its returnable capsule. At the end of November last year, this module was able to reach the Lagrange point L2, located between the Earth and its natural satellite, where it stayed until 4 in January 2015 of the year, fulfilling the tasks outlined earlier. The launch of this unmanned spacecraft was carried out in preparation for the third and final stage of the Chinese program aimed at exploring the moon. The modules called “Chang'e-5” and “Chang'e-6”, which will deliver samples of lunar soil to Earth, will have to complete the research mission.

At the first stage of the implementation of its research lunar program, Beijing successfully launched the Chang'e-1 and Chang'e-2 probes to the Moon. They were sent to our satellite in 2007 and 2010 respectively. With their help, the Chinese managed to make a very detailed three-dimensional map of the moon. At the second stage of the research program, the Celestial Empire launched the spacecraft Chang'e-3 to the Moon, which delivered to the moon the first Chinese lunar rover, called Yuytu.

The mission with the delivery of the moon rover ended in success. Chang'e-3 was able to place a landing module on the moon, as well as a rover. The first Chinese lunar rover "Yuytu" (Chinese jade hare) was littered 14 December 2013. After the moonlit night, Chang'e and Yuytu were able to wake up and continued their work. Later, however, information appeared about the problems that had arisen on the rover, which were related to the mechanical control of the Yuuta movements. By the summer of 2014, the connection with the moon rover was restored, but the device could no longer move. Most likely, the moon rover was damaged during its initial movement with large stones. 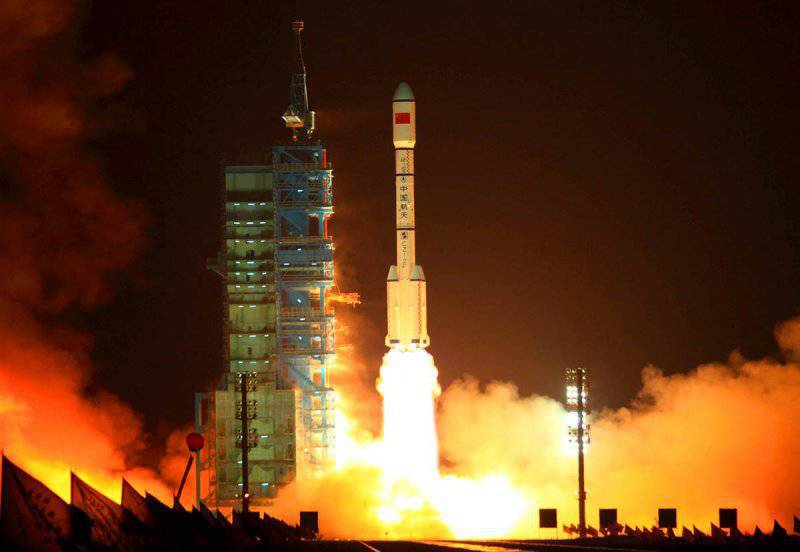 In addition, Chinese experts are working with LuxSpace from Luxembourg. Together, they want to carry out a mission in memory of the founder of this company, Manfred Fuchs, who died early last year. The mission was named Manfred Memorial Moon Mission. As part of it, a small spacecraft with a mass of only 14 kg will be sent into space by the same rocket, which will bring the Chang'-5 to it. A radio signal will be transmitted to radio amateurs from this device, and radiation measurements will be carried out using an instrument presented by iC-Malaga from Spain.

As mentioned above, the third stage of the PRC's lunar research program involves sending the Chang'e-2017 probe to the Moon in 5, and the Chang'-2020 probe in the 6 year. Both of these devices are sharpened to fulfill one very important task - collecting samples of lunar rocks and transporting them to Earth. It is reported that the unit Chang'e-5 has already been created and, according to Chinese engineers, is able to make a soft landing on the lunar surface. The vehicle will have to collect up to 2 kg of suitable soil on the moon and deliver it back to our planet. In the event that the Chang'e-5 mission is successful, the People's Republic of China will become the third country in the world, after the United States and the USSR, who managed to accomplish this very difficult task.

The landing module from the Chang'e-5 expedition will have to collect rock and soil samples in a special capsule. It is reported that the descent vehicle will be able to independently take off and dock with the orbiter, which will return back to Earth. In addition, the Chang'e-5 mission should help verify the technology of thermal protection, which is necessary for the safe return of spacecraft moving at very high speed (more than 40 230 km / h) in the earth’s atmosphere. The spacecraft Chang'e-5 will also allow Chinese scientists to conduct a series of scientific experiments, during which it will be found out what will happen to plants and bacteria that are exposed to radiation outside of the low earth orbit. 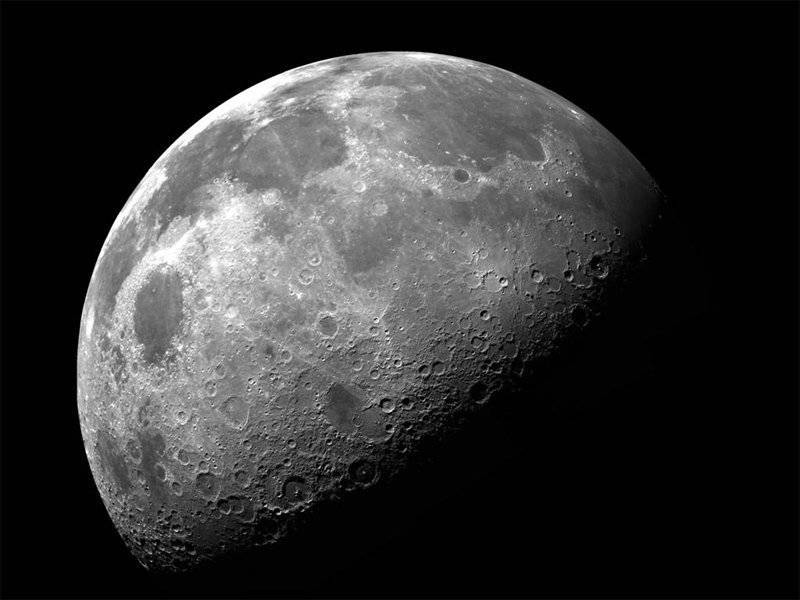 According to a number of Western experts in the field of space, the PRC space program, and in particular the lunar program, largely follow the path of the Soviet program, only repetition is carried out much faster. This is explained by the fact that Beijing is using ready-made, time-tested solutions. It is worth noting that China carried out the first manned manned space flight only in the 2003 year, but since then, Chinese engineers and scientists have already been able to launch an orbital station into space, several complex spacecraft, a number of unmanned probes and a lunar rover.

At the same time, scientists from other countries, including representatives of NASA, support the PRC in initiatives to study the natural satellite of the Earth.

Scientist Carlton Allen, who works at the Johnson Space Center, notes that the space initiatives of any country should be encouraged and welcomed. Recently, a perfect successful rover mission to the Moon demonstrates the high level of skill of engineers, technicians and scientists, as well as planners from the People's Republic of China, who have dedicated their lives to this important and difficult goal. Delivering new samples of lunar rocks to Earth will be even more difficult, which will clearly indicate the maturity of the Chinese space program, says Carlton Allen.

To date, scientists have only those samples of lunar rocks that were collected during the six American Apollo missions and three probes landings as part of the lunar program of the USSR. These stocks are not enough to have a complete picture of the moon. Perhaps it is the materials collected by Chinese probes that, no doubt, will be studied in the best laboratories and the best scientists, will help humanity to look at the Moon and its environment from a new angle. 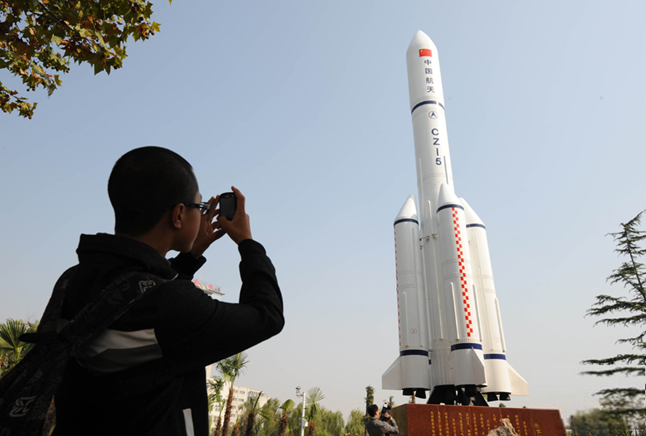 Russia is also showing interest in the moon today and is ready to cooperate with China in this area and in the field of space exploration. Russia is today in favor of joint exploration of the Moon and Mars, Russian Deputy Prime Minister Dmitry Rogozin spoke about this in the middle of 2014. According to a prominent Russian official, Moscow and Beijing must move hand in hand in the development of manned space flight and in the exploration of long-distance space. Also, according to Rogozin, Russia and China could create an independent radio component base and joint spacecraft, cooperate in the field of communication and cartography.

At the same time, Dmitry Rogozin noted that a very deep reform of the rocket and space industry is currently being carried out in the Russian Federation, our country is trying to make up for the lag behind technological progress. Against this background, the timing of the implementation of the Russian lunar program is constantly moving. If earlier the Luna-Resource and Luna-Glob probes were supposed to go to our satellite already in 2015, now it is reported that the Luna-25 Luna-Glob will go to our natural satellite only in 2019. The purpose of this mission will be to test the universal landing platform. The Luna-Glob apparatus will carry up to 20 kg of various scientific loads and will be lunar in the Boguslavsky crater.

Then the Luna-26 “Luna-Resource” apparatus will go to the Moon. This orbital probe will be launched in the 2021 year. His task will be to study the chemical composition of the regolith, providing communication and mapping of the lunar surface. In the 2023 year, the Luna-27 mission will go to the Moon. This will be a heavy landing station that will land in the South Pole area. The purpose of this mission will be to study samples of water ice and regolith in the landing area. The European drill installation (up to 2 meters), a manipulator arm and a mini lunar rover will become the scientific load of the apparatus.

Finally, in 2025, the Russian station Luna-28 "Luna-Grunt" will fly to the natural satellite of the Earth. This will be a station with a returning rocket, which will be able to deliver samples of lunar ice to our planet. A full-scale lunar rover will be included in the scientific workload of this station.

Ctrl Enter
Noticed a mistake Highlight text and press. Ctrl + Enter
We are
Since the launch of the first artificial satellite of the moon, 50 years have passed
13 comments
Information
Dear reader, to leave comments on the publication, you must to register.