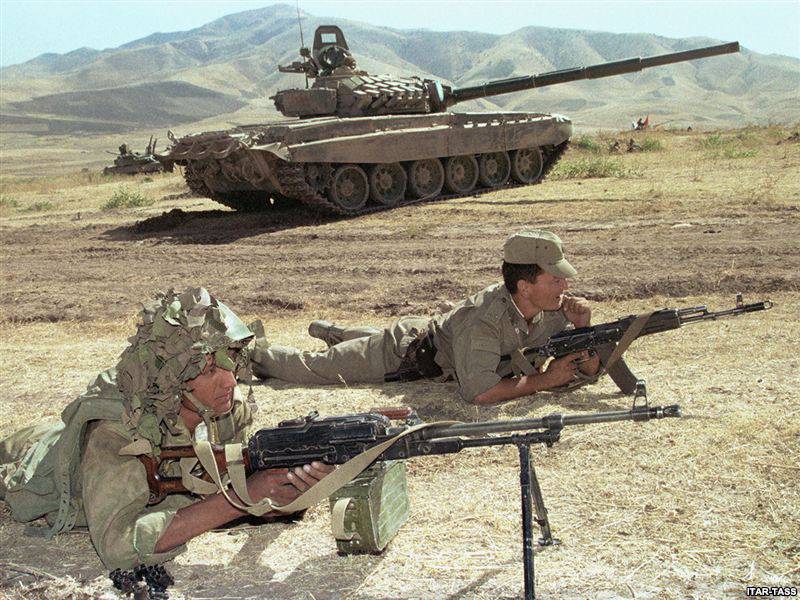 Apparently, the unstable geopolitical situation in the world (together with the general disappointment of the leadership of Russia from the ineffectiveness of the CIS structures) led to the idea of ​​beginning the reform of the CSTO. This was recently mentioned by Alexander Lukashenko and Nikolai Bordyuzha. After all, once the Collective Security Treaty Organization was conceived almost as a counterbalance to the North Atlantic Alliance. As a result, this plan, like a good idea of ​​the CIS, was reborn as something completely stupid and meaningless. Now everything should change, and the Russian Federation should become the main peacemaker in the vast post-Soviet space and even beyond.

In principle, the revitalization of such ideas can also be seen on the basis of Medvedev’s trip to Tajikistan, where it was decided to retain the Russian base for almost half a century, simultaneously re-equip and equip the Tajik armed forces. This should save this republic from being plunged into chaos if the Americans flee from Afghanistan and the Taliban receive complete freedom of action. Russia wants to stop this threat at distant frontiers.

The CSTO transformation plan can be based on proposals from the Institute of Contemporary Development (INSOR), where Dmitry Medvedev is the chairman of the board of trustees. The head of INSOR, Igor Yurgens, in the report “CSTO: Responsible Security” proposed three principles on the basis of which they might be transforming the CSTO.

INSOR proposed to change the principle of collective decision-making, at present they are taken only with full agreement. Now the Institute proposes to restrict the ordinary majority of votes. CSTO does not need Moscow only for “chatter”. At the same time, Yurgens referred to the future withdrawal of US and NATO troops from Afghanistan and the permanent "special position" of Uzbekistan on virtually all issues raised within the organization. Therefore, it is time to choose what is more important - the national security of Russia, Belarus, Kazakhstan, Tajikistan or the “special opinion” of Karimov. This proposal is quite logical and meets the interests and security of our state.

But another proposal confirms the “authority” of INSOR, as a pro-Western organization. It fits into the concept of so-called. “Reset” in relations between Russia and the United States, but does not meet our strategic, national interests, stories relations between Russia and NATO countries. The Institute of Contemporary Development proposes to “coordinate” the actions of the CSTO with the concept of NATO. INSOR believes that "an important task is to ensure at least partial interoperability of the CSTO contingents with contingents of the Alliance's response forces."

The third proposal is that the CSTO should become the main peacekeeping force in Central Asia and adjacent regions. Considering the previous point, there is a suspicion that Russian soldiers simply want to once again make the "cannon fodder" of the West. Draw us into conflict with the Islamic world, for example, through Afghanistan, Pakistan.

Newspaper "Moskovsky Komsomolets" reports that in this way a political bomb is laid under the foundation of the CSTO, which can eventually completely discredit and destroy this organization. Virtually all member countries of the CSTO have their own “self-serving” motives: President of Belarus Alexander Lukashenko previously perceived this military alliance as an additional trump card for getting financial aid out of Moscow, now he wants to use the alliance to suppress possible internal unrest; CSTO Yerevan is needed to contain Azerbaijan; The presidents of Uzbekistan, Tajikistan and Kyrgyzstan are only interested in maintaining and strengthening their own power. Only the Russian Federation and Kazakhstan were serious about the organization.

According to "Moskovsky Komsomol", the so-called. Allies, if necessary, use the reformed CSTO, and then “gladly throw” Moscow. As the Russian edition notes, there is a repetition of the sad fate of two such unions - the Holy Union concluded in the XIX century and the Warsaw Pact Organization. In these organizations, member countries recalled the “partner assistance” of Russia-USSR only in critical situations in which they found themselves, in the remaining cases, they wanted to spit on “allies”. Therefore, it is not necessary to repeat the fate of the “gendarme of Europe” of the Russian empire and the USSR, becoming the “gendarme of Eurasia”.

First Vice-President of the Academy of Geopolitical Problems Konstantin SivkovHe believes that it is at least incorrect to link the actions of the CSTO with the concept of NATO. At least, because the North Atlantic Alliance is a military organization of Western civilization, which is focused on "solving the problems of establishing control by the West over the main resources of the planet." According to the Lisbon concept, there is a war in Libya, interference is being made in the internal affairs of the Syrian state. As a result, tying the Russian Federation to the concept of the Alliance makes our country "hostage to NATO's ambitions for world domination," Russia will become an instrument for the implementation of NATO policy in the world.

The idea of ​​making a decision by a simple majority of votes is quite positive. This step will increase the speed of the CSTO actions. But, again, if the previous proposals are adopted (on coordinating actions with the concept of NATO and making the CSTO the main peacemaker in the post-Soviet space), it will be possible to intervene in the internal affairs of any state without its consent.

The result is sad, all the proposals of INSOR, lead to the fact that Russia wants to turn into a "gendarme of Eurasia", "not in the national interests, but in the interests of the Western world."

For the “modernization” of the CSTO, implementation of completely different proposals is necessary. Sivkov speaks of the need to create a real governing body for the allied armed forces. Following the example of the NATO countries. It would be very useful to increase the number of coalition forces of the CSTO, since at present their composition does not allow solving large-scale tasks. It is necessary to regulate more clearly the procedure for applying the CSTO forces in the interests of ensuring collective security, to improve the legal instruments that streamline the use of the armed forces in the interests of collective security.

It is necessary to create a common aerospace defense system. Objects of aerospace defense should be in control, both national command and collective. To think about the integration of security services, it would help to solve a number of problems, for example, to narrow the possibilities of the narcotic flow from Afghanistan to the countries of the former USSR. It is necessary to create a kind of special institution, which will ensure coordination of the actions of the unified defense-industrial complex, supply of the CSTO forces with new equipment and armaments.

We are in Yandex Zen
Where should Tajikistan put its independence? ..
Alexander Lukashenko responded to the "thunderstorm" from the West
16 comments
Information
Dear reader, to leave comments on the publication, you must to register.