In recent years, the DARPA Pentagon Research Program Administration and other companies have conducted experiments on the development of miniature aircraft that resemble insects and birds in appearance and structure. The most important task is the development of an electrical power system. Scientists went to the experiment and now began implanting electric batteries directly into a live insect, setting it on the edges of the wings, turning them into ultra-small power plants.

So, researchers from the University of Michigan created a device that, when implanted in a beetle while the wings are working, allows you to create an 45 microwatt of energy in one day. It is assumed that the beetle will be constantly in motion. 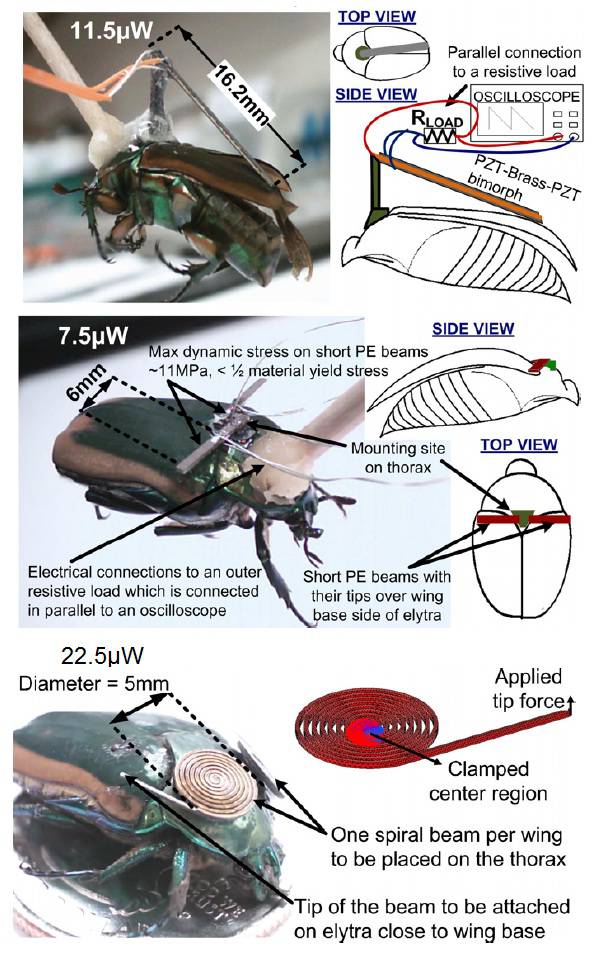 This, of course, is not enough for the full operation of all electronic circuits, but there is still an idea to turn this beetle into a "robot", fully taking control of the insect's actions, its behavior and daily routine. This amount of energy will already be enough to activate at full capacity all the equipment that this monster will be equipped with. This will make in the future small portable generators, for example, to recharge a mobile phone.
Ctrl Enter

We are in Yandex Zen
Fly guns
DARPA Report Overview
2 comments
Information
Dear reader, to leave comments on the publication, you must to register.