Headache of Ukraine or the question of Russian gas 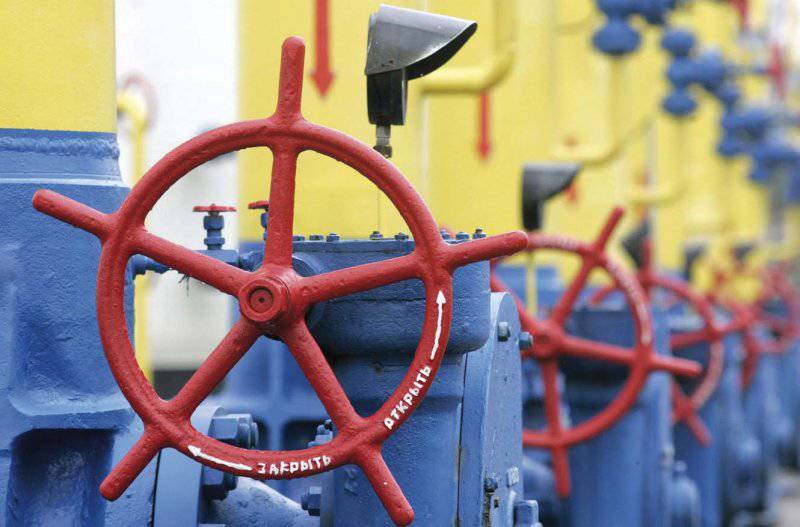 The tensions of Ukraine and Russia in the gas sphere are increasingly heating up. If the question of a gas contract for Russia lies in super-profits, transit opportunities and strengthening geopolitical influence, then for Ukraine it becomes a question of the country's economic survival and preservation of its sovereignty.

The main directions of relations between Russia and Ukraine are connected with the gas dispute and the entry of Ukraine into the Customs Union. The last agreement on the supply of Russian gas to Ukraine was signed in 2009 by Yulia Tymoshenko after a lengthy dispute between the parties, which turned to interruption of supply. A year after the conclusion of the agreement, Tymoshenko lost her post and is now under arrest, awaiting trial and continuing to assert that the deal did not cause material damage to Ukraine.

The gas dispute has been going on for one and a half years and still does not find a solution. Ukraine continues to assert that the gas supply agreement is simply predatory, and requires that Germany pay the price (200 less dollars), minus transportation costs and discount 100 dollars for 1000 cubic meters, due to Kharkiv agreements. Viktor Yanukovych claims that Ukraine should not make concessions, as it would have done if it had demanded a price reduction. It is only about establishing a reasonable price paid by European countries. At the same time, the president of Ukraine is even ready to appeal to an international court, since he is convinced that Tymoshenko signed a contract for the supply of gas under pressure from Russia.

So, the Ukrainian government claims that today for Ukraine gas is more expensive than for Germany. This thesis is actively reproduced by the Prime Minister of Ukraine Mykola Azarov. On the Day of Knowledge, Viktor Yanukovych said that his favorite school subject was mathematics. But Mr. Azarov, apparently, preferred other subjects. The fact is that in the third quarter of 2011, Russian gas for Ukraine costs 354 dollars per thousand cubic meters, and gas for Germany - 405 dollars. Yes, there is the cost of transit through Ukraine, Slovakia and the Czech Republic, but even if you remove the transit component, it still turns out that gas for Germany costs almost 20 dollars more than for Ukraine. Moreover, if we apply the principle of netback, the gas would be more expensive than they pay for it now under the 2009 agreement of the year. Obviously, Mr. Azarov forgets that Russia has already gone for a discount (the so-called Kharkov), which gives Ukraine a bonus in 100 dollars per thousand cubic meters. This discount is, it has not been canceled. It is valid for the entire duration of the 2009 contract of the year. Another thing, if the contract will be amended. But while this discount is applied, it is very, very incorrect to say that gas is more expensive in Ukraine than in Germany.

On the question of joining the Customs Union, Yanukovych promises that a decision will be made in a couple of years, when it will be clear how the Customs Union will work and how relations will develop within it when member countries join the WTO.

The informal meeting of the two presidents in Sochi did not bring any results. It is difficult to understand why Yanukovych even came to this meeting. After all, before that, Medvedev refused to come to Sevastopol, because, according to him, Ukraine promised its participation in the Customs Union, but in fact does not want to provide any solution. So a breakthrough in relations between Russia and Ukraine, about which the authorities of both countries had recently broadcast, seems increasingly distant.

Russia or the West - where Ukraine

If we get deeper into the essence of the issue of Russian-Ukrainian relations, we can see that the main figure from Russia is not Dmitry Medvedev, but Vladimir Putin. But with him, something Yanukovych and can not improve relations. Does not want the president of Ukraine to become the "governor of the Ukraine". Even despite the support that Russia offered to provide. While the IMF offered Ukraine a loan of 16 billion for five years under 3,5%, the Russian offer was a dollar loan of 15 billion for ten years under 3,8%. This amount would allow Yanukovych to fulfill his election promises, raising the salaries of state employees by 20-30% and bringing the level of the minimum pension to 1000 UAH. The only condition that Ukraine needed was to turn away from the West.

The West for the President of Ukraine is an opportunity not to fall under the millstones of the Kremlin. At the same time, the fulfillment of all the requirements of the IRF, Brussels and Washington can make Ukraine a democratic country, but will there be room for a single Viktor Yanukovych in it? And will the European Union want to take into its ranks a country where corruption doubles in a year, where the police and prosecutors are subjected to political repression? In the EU countries, the government is forced to listen more to public opinion. And the word "Ukraine" in the European press flashed more often only during the Orange Revolution. If the attempt to get into the European Union fails, Yanukovych will only have to surrender Ukraine to Russia and really become the Little Russian governor.

Ukraine can not give the pipe, because it will lead to the loss of sovereignty. Perhaps this is the most important myth created around the Ukrainian CTA. If it were not there, Russia could have entered the management of the Ukrainian gas transportation system (GTS). It would not be necessary to implement the scenario of the merger of Gazprom and Naftogaz. The importance of such an event is easy to explain: the current behavior of Ukraine proves that there can be no long-term relationship with it. Here we have a contract for 10 years, but less than three years, as Ukraine begins to throw tricks. How can you sit at the negotiating table again and again, if the contract is so openly neglected? But if you control the property, it's completely different история. Russia is ready to give price discounts in exchange for entering the management of the CTA, this is a reasonable option. Where Ukraine’s conviction comes from, that if it gives up the pipe, the country collapses, it’s not at all clear. Moreover, there are many examples in the world of how companies from other countries gain control over gas pipeline systems and these countries do not disappear. There is an example of Belarus, although there has not yet been a complete incorporation of Gazprom into Beltransgaz. There are examples of European - say, the merger of Gaz de France with the Belgian Suez. Now it is a single company, Gaz de France Suez, which dominates the Belgian market, but this has not led to the disappearance of Belgium as a country. By the way, the example of Belgium is also curious by the fact that, like Ukraine, this country is gnawed by an internal ethnic contradiction. Perhaps this problem is much more relevant and important for the state than the loss of the sole management of the GTS.

Will the international court be the result of relations between Russia and Ukraine in the gas sector?

In the meantime, the gas dispute is increasingly approaching an international court. Ukraine is preparing the documents. At first, Prime Minister Azarov spoke about this, then Yanukovych himself said that he was considering the court as the last instance for the dispute that has been underway for a year and a half. The same Azov told the public that the company "Naftogaz of Ukraine" will be divided into several separate structures. Apparently, this is an attempt to abandon the 2009 agreements of the year. Although what passed with Khodorkovsky and Menatep is unlikely to pass at the present time. In addition, the Prime Minister of Ukraine speaks of the largest gas fields in Europe, after Poland, which Russia can join in developing. However, specific locations and methods for estimating the volume are not specified.

Sergey Kupriyanov, the official representative of Gazprom, recalled those paragraphs in the contract, which said that in the event of the restructuring of Naftogaz, the successors should be provided with all the rights and obligations under the contract. Alexey Miller, head of Gazprom’s management, said that Naftogaz would cease to exist, but only as part of Gazprom.

As for the trial of Yulia Tymoshenko, her guilt is proven, at least the Prosecutor General Viktor Pshonka thinks so. According to him, the evidence obtained by the investigation is confirmed at the trial. Many witnesses say that pressure from Russia when signing the gas contract Tymoshenko took place. If the court’s decision on Tymoshenko’s guilt is positive, Ukraine will have a good argument to appeal to the Stockholm Arbitration Court.

It is difficult to agree with the opinion of individual publications that Putin is defending his “agent of influence” in the person of Yulia Tymoshenko. Since there is a more weighty reason for which Russia is concerned in the light of the current situation in Ukraine. This is all about the same gas supply contract concluded in 2009.
Ctrl Enter

We are in Yandex Zen
The right to "Berkut" against the right to "ten Ukraine"
UAVs manipulate lives in Gaza
23 comments
Information
Dear reader, to leave comments on the publication, you must to register.