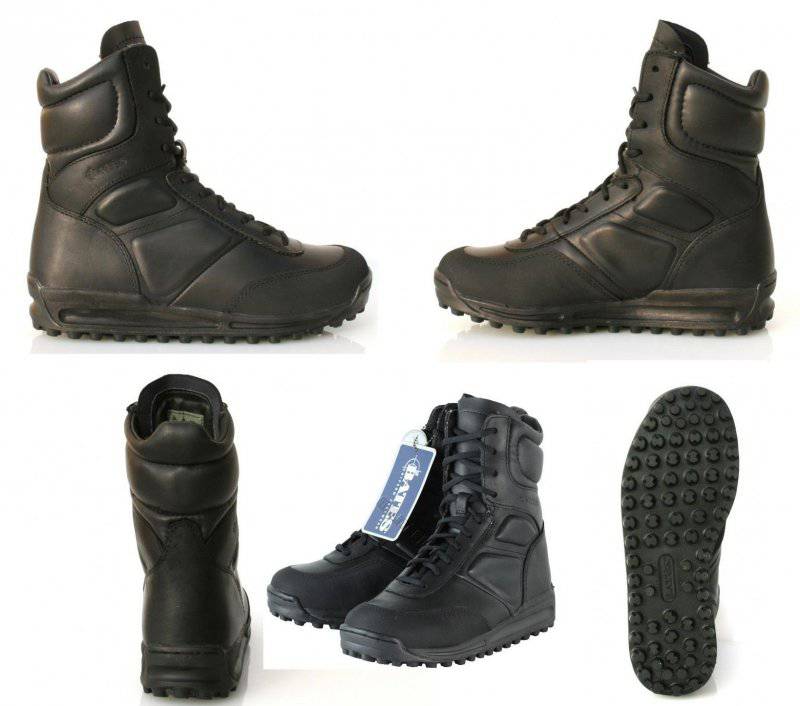 The modern army needs not only supplies of modern weapons, but also to equip the fighters properly. In the older generation, a smile appears on the lips of a soldier when they wear equipment, because it is difficult to call a coat with tarpaulin boots in the modern sense of the word. Today, it seems, the situation has begun to change: the Ministry of Defense has begun to develop material resources for the creation of a new, convenient army uniform and footwear. Today, for the manufacture of military clothing used the services of famous couturiers. So recently the troops received a form party, which was created according to sketches by the famous Russian fashion designer Valentin Yudashkin. Therefore, modern fighters can say, not without pride, that they were dressed by Yudashkin himself.

The issue of army shoes is also quite acute. High dimensionless “kirzachi” that were issued, and in some places they are still being issued as “reliable” shoes, are becoming obsolete. Many military units have long been decided to equip their fighters so that they can perform combat missions at a higher level. This is primarily about the fighters of special units. Online shoe store can offer a wide range of different variants of military shoes of any size and standard colors. In this case, the purchase of shoes can be carried out on the basis of cashless payments, which greatly facilitates the operation.

Military uniforms and military shoes are able to solve not only the problem with uniforms of personnel, but also to be comfortable and modern. Foreign armies have long been on the path of implementing projects for sewing ergonomic shoes and clothes for the military. In this case, one or another model is strictly assigned to a separate unit, depending on the tasks performed. Both clothing and footwear must meet all sanitary standards according to all modern requirements. A fighter should not experience discomfort from wearing military shoes and uniforms. Even from such nuances, the combat capability of any army in the world is formed.
Ctrl Enter

We are in Yandex Zen
All about combat equipment "Warrior"
Combat gear "Warrior" on the way
12 comments
Information
Dear reader, to leave comments on the publication, you must to register.