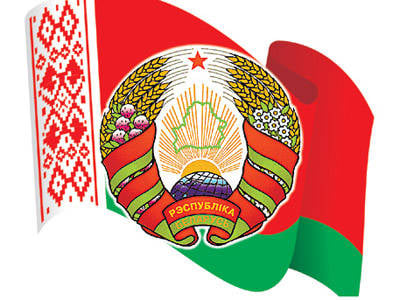 Belarusian internal crisis continues. Minsk, which in May devalued its currency by 36%, is currently forced to consider the possibility of another devaluation by 15% in order to lower the exchange rate and take control of the crisis of the balance of payments. The Belarusian gold and foreign exchange reserves in August declined by 22%, and the citizens of the country are lining up at the official currency exchange offices.

In August, Belarusian banks began to actively transfer their clients, who have loans in rubles of the Republic of Belarus, from a fixed rate to the formula “refinancing rate plus a fixed interest”. Therefore, a number of clients even with the current refinancing rate increased the cost of a loan, for example, from 11% per annum to 31%, and with a new refinancing rate it will grow to 36% per annum.

Alexander Lukashenko had to let the Belarusian ruble go to “free swimming”, because there are no resources to support his course. From mid-September, the exchange rate of the Belarusian ruble will be determined at the exchange trades, and not by the National Bank of the Republic of Belarus, as has been done so far. As a result, Belarus is facing hyperinflation. The President of the Republic of Belarus A. Lukashenko made a real sensation, saying: “Anyone who wants to buy currency, from which our population already moans, especially in Minsk, will be given such an opportunity.”

Technically, the transition to the market quotation of the Belarusian ruble will be held in mid-September. An additional trading session will be opened on the currency exchange, during which it will be free to buy and sell US dollars, euros, Russian rubles and other currencies. At the same time, the main trading session will be saved, but foreign currencies will be used only for transactions that involve payment for electricity supplied to the state, natural gas "and other urgent payments". An additional session of the auction should help to identify the real exchange rate of the Belarusian ruble. All exchange offices of Belarusian banks after the opening of an additional session of trading will be required to conduct a free sale of foreign currency at market rates, Lukashenko said.

The Belarusian president expressed confidence that the authorities of the country will be able to stabilize the currency market of the Republic of Belarus in a rather short period of time - one and a half - two months. After this, the course will be consolidated, as in other states that have experienced a similar reform. Lukashenko promised to provide this process. In addition, he warned fellow citizens about the unreliability of the dollar and the euro, hinting about the crisis situation in the US and EU countries.

The President of the Republic of Belarus promised not to freeze bank deposits of citizens. At the same time he spoke about the measures to be taken to stabilize the situation: he called on supervisory authorities to restore order in the financial system of the country, instructed the head of the KGB and the heads of other law enforcement agencies to establish tight control over the banking system. He urged the business of the country to “lend” to the state, to direct additional revenues related to the “excessive price increase” to the needs of the poor, to social protection measures. “Social responsibility of business is not a slogan: it should be a guide to action,” A. Lukashenko said. He promised to further increase social support to the needy segments of the population of the Republic of Belarus.

The problem of buying food by citizens of Russia

Belarus is experiencing a real “invasion” of visiting Russian citizens buying up cheap Belarusian meat and other food and industrial goods. Not only Russians, but also Belarusians are taking part in this, exporting food and manufactured goods to Russia, since there they are more expensive.

Belarusian bloggers already call visitors “bagmen”. Citizens of the Russian Federation are literally trailers taking out food products, clothing and equipment. Some clothes and shoes are bought, even without measuring, in several sets.

The scheme of buying up meat is quite simple: the meat is bought up from citizens and farmers in small batches, then it is delivered to the transshipment base, loaded and uncontrolledly exported outside Belarus. Then it turns out to be in some Moscow region, where it is cheaper to sell 40-60 rubles from a car on a machine than on a store. Both Russian and Belarusian businessmen are engaged in this business. The “sausage” trains of the Soviet deficit were revived - the Belarusian “bagmen” brought to Moscow to sell cheese and sausage, usually on spontaneous markets. For the Belarusian population, the situation is fraught with an increase in domestic prices for meat products (they are already rising) and a shortage of products, since they are more profitable to export to the Russian Federation.

Minsk virtually cannot fight with the export of goods. All sorts of posts and bans remained in the past, when Belarus had not yet entered the Customs Union. Now - this is impossible to do. Goods in the field of new integration association have the right to move freely. Experts have warned about this before: the Belarusian and Russian economies operate according to different rules and the national economy of the Republic of Belarus is more vulnerable to market relations.

The Belarusian authorities are talking about temporary difficulties, believing that the crisis in the Republic of Belarus is "a consequence of a new round of negative impact of the global financial and economic crisis." In addition, in their opinion, Minsk is facing a large-scale information-psychological and ideological war to discredit the country's political leadership and the Belarusian model of socio-economic development. It is attended by foreign oligarchs and the media controlled by them.
Ctrl Enter

We are in Yandex Zen
Smooth devaluation rake
Will the resignation of Kudrin lead to the rejection of the regime of "currency committee"?
17 comments
Information
Dear reader, to leave comments on the publication, you must to register.