Invisible tank is already a reality

As reported by Sky News, the Adaptiv technology created by specialists from the Swedish division of an English company gives the tank chameleon properties that can adapt to their surroundings.

It is assumed that military equipment in motion will not be noticeable in the infrared range and, accordingly, will become inaccessible to enemy anti-tank weapons with thermal homing systems. On the portal BAE Systems there is a video about the created “invisible tank”.

According to reports, to achieve a similar effect, hexagonal plates are used, which are made of materials that can quickly change their temperature.

Scanners, which are installed on the tank, collect information, and then adjust the temperature indicators of the “invisible cloak”, adapting them to the environment.

To cover the tank, you need a panel that consists of thousands of hexagonal blocks, the size of which is 14 centimeters. Manufacturers assure that this technology can be used very effectively in order to ensure the invisibility of moving tanks.

The enemy is supposed to be introduced into deception, forcing armored vehicles to become similar to other vehicles - for example, to quite harmless civilian vehicles. According to the developers, in a couple of years the “invisibility cloak” will be completely ready for use in real combat conditions. 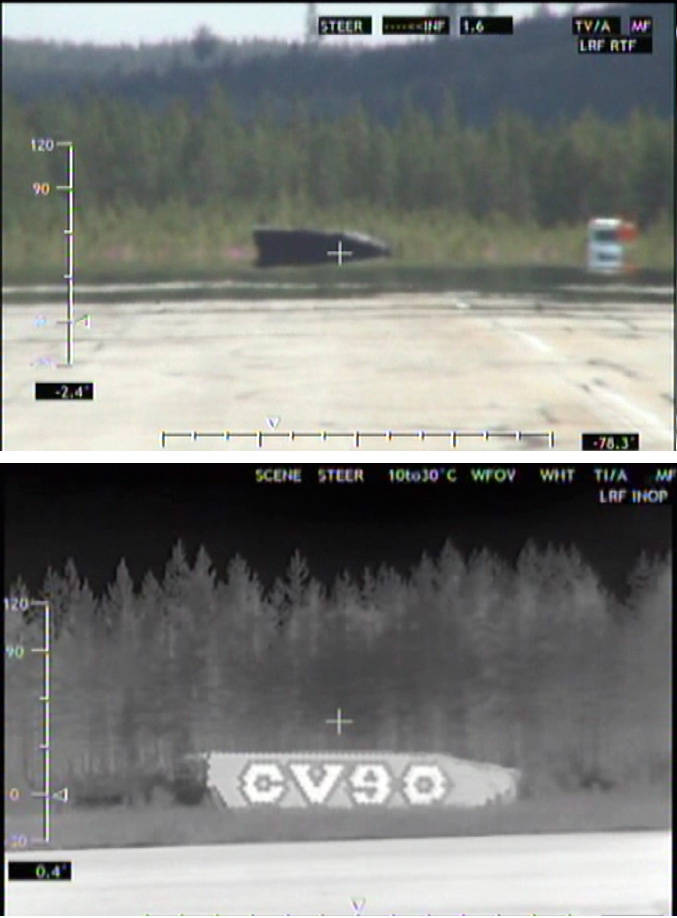 Recently, the idea of ​​creating such means of masking, which would hide objects not only in the infrared range, but also in daylight, is being increasingly discussed. So, in particular, specialists from Imperial College in London are working on this technology.

In 2010, the English first made the object invisible in the 3's dimensions. However, it should be noted that so far they have achieved success only with rather small objects - no more than one millimeter.

This "invisibility cloak", which was developed in London, consists of small rods, forming a structure similar to a woodpile. Due to this arrangement, the rods partly bend the passing rays of light. Thus, scientists can change the direction and speed of light, forcing the rays to bypass the object.

Recall that at MAKS-2011 Russian military specialists showed a new set of combat equipment of a soldier. According to experts, the new Russian ammunition exceeds the current foreign counterparts.