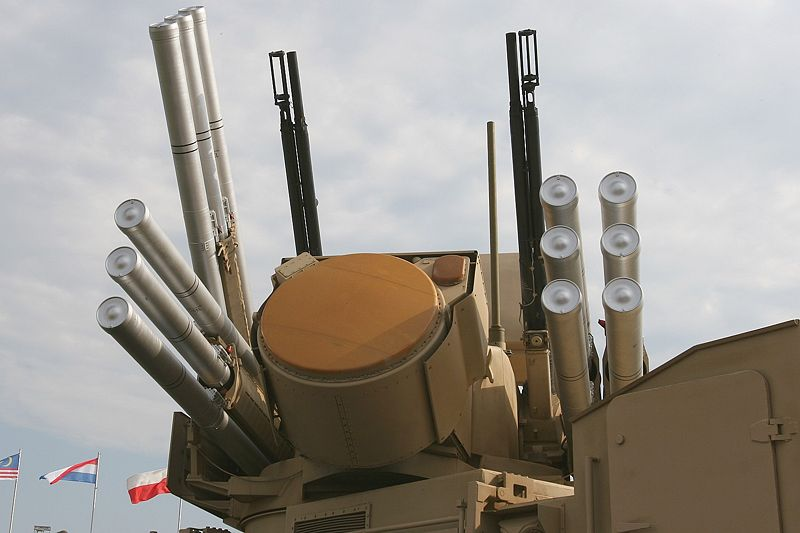 The current world situation puts arms suppliers in a rather difficult situation. Many countries, including Russia, are bound by obligations to supply arms. Today, however, such commitments or urgently need to be reviewed, or even abandon them.

The problem lies in the so-called wave of Arab revolutions, which began to "cover" the world since the end of last year. Tunisia and Egypt, Yemen and Libya are just a small list of states with which contracts were concluded, however, they were either simply impossible to fulfill due to the decisions of the UN Security Council, or these contracts had to be suspended indefinitely. If only recently our “defense industry” received substantial support by financing production from Yemen, Syria, Iran and other countries, today the supply of various types of weapons to these countries either had to be reduced or stopped altogether. One example of stopping the supply of Russian weapons The situation with the C-300 complexes, which Russia was forced to stop transferring virtually all types of weapons to this Arab country, could happen abroad. And this is not an isolated case. Russian manufacturing companies and arms suppliers to foreign partners are forced to incur serious losses. At the same time, weapons manufacturers in Russia often rightly do not understand how business has to do with politics.

If you look at this problem from the point of view of the development of the modern market, the bans on the supply of goods are introduced, and the weapon is a product, in its essence is a rough interference of third parties in the partner business. At the same time, arms suppliers are outraged by the fact that prohibitions are imposed not only on the conclusion of future contracts, which they could understand, but also on the implementation of agreements already concluded. In such a situation, it is quite possible to recognize that the world today is in a state where the concluded deals can be blocked by persons or institutions that do not represent any of the parties to these deals. With such an approach, having a lobby in certain circles, it is possible to quite easily eliminate its direct competitors and capture product sales markets under very loud cries for the struggle for disarmament in a single territory.

If we talk about the situation in Libya, then for Russia it becomes obvious that the supply of weapons at the same level to this state will not be conducted. By the way, there are still enough analysts in the world who explain why it was France that at one time decided to take over the reins of NATO's operation under the romantic name Odyssey. Dawn". In the world political backstage, there are persistent rumors that Sarkozy was simply extremely annoyed that Colonel Gaddafi refused to buy French weapons, and began to consider options for concluding contracts with Russia. Along with oil and gas interests, this factor can also be called quite viable.

Today, Russia is under rather powerful pressure with the help of the Western media over the supply of weapons to Syria. Moscow, American and British journalists, and, not always expressing only their point of view, are accused of “sponsoring” the regime of President Al-Assad. And again we get that someone is trying to put pressure not even on the state, but on business. Those Americans like to accuse Russia of excessive pressure on business contacts, but what do they do in this situation? It would be interesting to see how the stars and stripes would react if they suddenly proposed at the UN Security Council to impose an arms embargo on Israel. In this situation, Israel is no different from the same Syria. Israeli troops are constantly bombing Palestinian Palestinian settlements - which is no reason for a ban on the importation of weapons for Tel Aviv. However, in this case, you can imagine the scale of Western hysteria ... By the way, British companies, when they were at the helm of Libya, Colonel Gaddafi did not disdain to supply him with a mode of armament for very impressive amounts. Today, journalists from Foggy Albion are “stigmatizing” Russia, China and other states for similar agreements. Absurd!..

So, Russia's revenues due to the ban on the import of weapons to certain countries only for the past 8 months of the current year fell by several billion dollars. If over the past year, almost 12 billions of “greens” were “harvested” on arms sales abroad, then the results of this year will be less joyful for Russian arms manufacturers.

In this regard, the country's leadership and domestic arms manufacturers need to develop new non-standard approaches for the implementation of the planned programs for the supply of arms abroad. If such measures are not taken in the near future, then the West can simply “remove” our country from the world arms market, using any possible means to do so.

We are in Yandex Zen
Projection of force
Can the defense industry become the engine of the Russian economy?
6 comments
Information
Dear reader, to leave comments on the publication, you must to register.