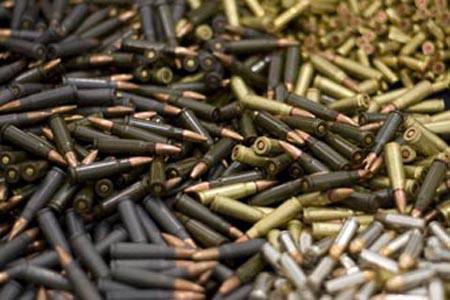 Not only did China, unlike many Arab and Western countries, not hurry to recognize the Libyan Transitional National Council (PNS) and unfreeze Gadhafi’s accounts for him, he also supplied or was going to supply arms to the Libyan leader.

According to ITAR-TASS, China blocks the defrosting of Libyan financial assets. This was reported to the media by the head of the Libyan PNS Mustafa Abdel Jalil. “China is blocking the release of frozen assets,” he said. The head of the executive committee under the Transitional National Council, which serves as the Libyan government, Mahmoud Jibril met with a representative of the Chinese authorities to find out the reasons for the position of the Chinese authorities, which Mustafa Jalil called "incomprehensible."

Thus, China became the first state to prevent the transfer of financial assets from the accounts of the government of Muammar Gaddafi to the new authorities of the Libyan state. Representatives of the United States, Great Britain, France, Germany, Austria, Belgium, the Netherlands, Norway, Spain and other countries reported on their intention to transfer funds to the Libyan PNS from frozen accounts. It was informed of the decision to defrost 15 billion dollars located on accounts outside Libya. These assets are planning to send to the restoration of Libya, after the end of hostilities.

The Canadian newspaper The Globe and Mail has published documents confirming Gaddafi’s contacts with Beijing. Correspondent Graham Smith said that he had found them in the capital of Libya, after the capture of the city. Among these documents is a letter from the Libyan Department of Missile and Artillery of the Armed Forces Directorate on technical issues addressed to the chairman of the production and supply department. The report on visiting China is dated July 31.

According to the Canadian publication, the Libyan delegation led by General Mohammed Saleh El-Mahadevi followed the Libya-Tunisia-Germany-China route. The Libyan delegation arrived in Beijing on the morning of July 16. In the People's Republic of China, Libyans visited NORINCO, CPMIC and China Xin Xing Import & Export Corp. The Libyan delegates presented to the Chinese a list of the necessary weapons, which, among other things, included numerous ammunition, man-portable air defense systems, grenade launchers, anti-tank missiles. All Chinese companies have assured Libyans that there will be no problems with arms supplies, and some of the positions they are presented are ready to go to Libya even tomorrow.

In addition, Chinese manufacturers have asked that these negotiations and agreements remain confidential. Arms should have been supplied not directly from China to Libya, but through third countries. The most likely candidate countries for this role were Algeria and South Africa. China has good contacts with them, moreover, these countries were cold about the attacks of Western countries on Libya and have not yet recognized the PNS. Rumor has it that Algeria and South Africa can accept the Colonel himself. Algeria is generally on the verge of a border war with the Libyan rebels. The next stage of the Libyan-Chinese negotiations was decided to be held in Algeria, in the offices of Chinese companies.

According to Canadian journalists, agreements were concluded in the amount of 200 million dollars. And it is possible that the Libyan government forces even received part of the cargo.

Representatives of the PNS have already confirmed the authenticity of the documents that fell into the hands of a Canadian journalist, and the leader of the Military Committee of the Transitional National Council, Omar Hariri, even said that Chinese weapons had already arrived in Libya from abroad. Opposition fighters ran into him even before they began to assault Tripoli. “I’m pretty sure that these weapons arrived and were used against our people,” he said. The representative of the rebel military forces Abdulrahman Busin also said that the PNS would demand that the PRC be held accountable for its actions. According to him, the PNS has serious evidence about the connection between Gaddafi and Beijing.

Libyan rebels promise to "punish" China, so already the same Abdulrahman Busin said that any state that went beyond the UN sanctions against the Gaddafi regime has more than vague prospects for business development and economic relations with Libyan hydrocarbons in general. It should be noted that the PRC is currently the second largest consumer of oil in the world, second only to the United States in this respect. As for the Sino-Libyan relations in this area, in 2010, 3% of all oil imported to China was from Libya.

The West is in no hurry to indict China, as the US State Department, the Pentagon and the CIA reported that they are not aware of the secret talks between the Libyan regime and the PRC, but the information contained in the documents will be checked and this will take some time. Representatives of the North Atlantic Alliance in Brussels made a similar statement. Representatives of the UN Sanctions Committee against the Libyan state, reported that, unlike the case of the supply of weapons to the rebels by France, the current reports have not yet been confirmed.

Help France to the rebels

So, in late June, it became known that in early May France supplied Libyan opposition opposition military equipment, weapons and ammunition, dropping military cargo from the air. Paris acknowledged these facts, but said that it was done with good intentions. When in the foothills of Nafus in the southern capital of Libya a group of supposedly civilians fell into the “ring” of government forces, the French aviation at first it dumped them only humanitarian supplies. But then they began to drop weapons.

As a result, the French military supplied Libyan rebels with automatic rifles, machine guns, grenade launchers, anti-tank missiles and ammunition with a total weight of about 40 tons. In addition, the French allegedly managed exclusively for the "self-defense of civilians" to lose a few units of armored vehicles. Then, Paris was condemned, but no violation of the UN resolution was recognized. The PNS reported that the arms embargo was taken against the Gaddafi regime, not theirs. Another example of the "double standards" of the West.

We are in Yandex Zen
Judgment in Tripoli. Saif al-Islam Gaddafi sentenced to death
Libya: after Gaddafi
16 comments
Information
Dear reader, to leave comments on the publication, you must to register.