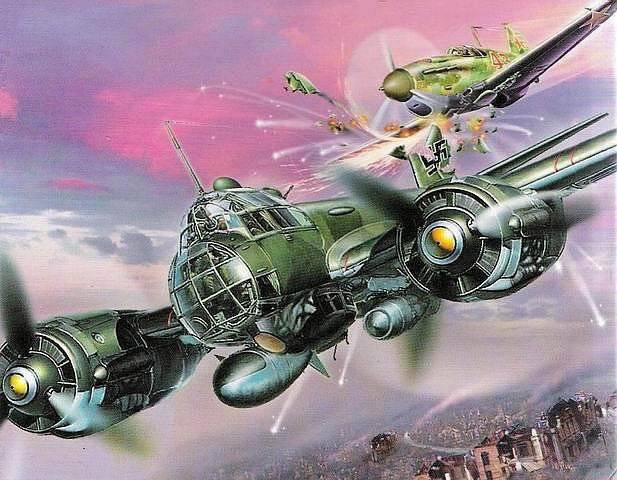 Everyone knows that the first ram was made by captain P. N. Nesterov in the distant 1914 year. Many people know that the world's first night ram was carried out on October 27 1941 by the Soviet pilot V. V. Talalikhin. However, the names of the Stalin falcons who committed a ram on the very first day of the Great Patriotic War, for some reason, remain in the shadows for many years. It is hard to disagree that their exploits, their willingness to give their lives for the freedom of their native land are no less significant. Pilots of the Leningrad Military District — P. T. Kharitonov and S. I. Zdorovtsev — were the very first to go on a ram during the Great Patriotic War. What is not surprising: after all, Leningrad was behind their backs. It was these pilots who became the first Heroes of the Soviet Union who received 8 July 1941 of the Year by the Decree of the Presidium of the Supreme Soviet of the USSR this title for the feat accomplished in the Great Patriotic War. But there were other heroes who rammed 22 on June 1941 of the year, and their names are practically unknown to a wide circle of people. We will restore the events of that time and name them. 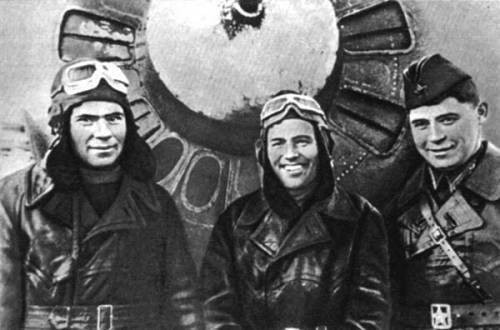 Literally in the first moments of the war in 4 hours of the morning, the link of the fighter regiment №124 under the command of junior lieutenant D. V. Kokarev rose to intercept the enemy. Almost over the runway, he saw the fascist Dornier Do 215. Having established a turn, the MiG-3 Kokarev took a favorable position for opening fire. And then it turned out that machine guns refused. How to be? The Hitlerite had already turned the car on the reverse course. The decision matured instantly: Kokarev increased the engine speed, came right up to Dornier and over the city Zambrow hit his propeller blades on the tail. The bomber, losing control, spun and crashed to the ground. So in 4 hours 15 minutes 22 June 1941, was committed one of the first rams in the sky of World War II. Kokarev managed to land his damaged aircraft. After the ram, the brave pilot fought in the skies of Moscow and Leningrad, made more 100 sorties and shot down 5 of the Nazi aircraft. He died in a battle for the city of Lenin 12 October 1941 of the year.

Almost simultaneously with Dmitry Vasilyevich Kokarev, piloting the I-16 fighter, was carried out by a ram and the commander of the fighter regiment of the squadron No. 46, senior lieutenant I. I. Ivanov. He made it in 4 hours 25 minutes near the city Zholkva (now part of the Lviv region of Ukraine). It is significant that in the same year, in 1914, Peter Nesterov and his air ram committed. 2 August 1941 was awarded posthumously the title Hero of the Soviet Union to Ivan Ivanovich Ivanov. The feat of Ivanov was immortalized by the fact that his name was given to one of the streets in Schelkovo.

At dawn 22 June 1941, the deputy commander of the squadron for the political part of the fighter regiment No. 127, senior political officer A. S. Danilov and his pilots patrolled over the city of Grodno (Belarus). Suddenly, fascist bombers and fighters began to approach the city from different sides. Squadron dispersed. Group air battles ensued. Danilov shot down two enemy aircraft. But in the whirlwind of the air battle, they were used up all the ammunition. Then, approaching the enemy's plane closely, A.S. Danilov sent his I-153 to the enemy machine and with a screw cut off her wing. The fascist plane broke out and began to fall. Soon Pravda published the Decree of the Presidium of the Supreme Soviet of the USSR on awarding A. S. Danilov with the Order of Lenin posthumously. But Andrei Stepanovich did not die. Severely wounded, he landed on a plane. The farmers of the village Cherlen delivered the brave pilot to the medical battalion. After recovery, the senior political officer Danilov returned to service and led the air battles on the Leningrad and Volkhov fronts. The end of the war caught A. S. Danilov on the Trans-Baikal Front. 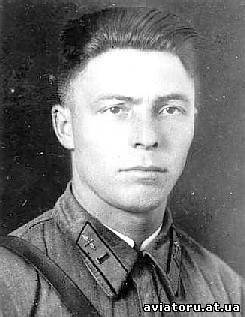 Political Commander Danilov A.S. is the only Soviet pilot who committed 22.06.1941 rams and survived to the end of the war.

In 5 hours 15 minutes near the airfield, located near the city of Stanislav (now the Ukrainian city of Ivano-Frankivsk), the pilot of the 12 th Fighter Aviation Regiment, a Komsomol member, junior lieutenant L. G. Butelin, received an air battle. Shooting down one Junkers Ju-88, he rushed to pursue another enemy plane trying to break through to the airfield. The Junkers were quite robust machines, it was not so easy to knock them down, having only machine guns on a fighter. Shoot down the second plane with onboard fire weapons Did not work out. All ammunition was consumed. And then Butelin sent his plane to the bomber.

In 5 hours 20 minutes, the deputy commander of the squadron of the fighter regiment No. XXUMX, Lieutenant S. M. Gudimov, took to the air, having the task of repulsing the raid of Henkel Not-33 bombers on the Belarusian city of Pruzhany. S. M. Gudimov managed to shoot down one bomber. During the battle, the lieutenant's fighter was hit and caught fire. SM Gudimov rammed the second fighter Henkel with a burning fighter.

In 7.00, the squadron of the high-speed bomber aviation regiment No. XXUMX, Captain A. S. Protasov, flew into the air above the airfield in the Belarusian village of Cherlene, which was attacked by enemy aircraft 54. In an air battle, despite the fact that Me-16 fighters were pressing on his plane, the crew of Protasov managed to shoot down an enemy bomber. The second fascist bomber captain rammed his Pe-109. It was the first ram in the air on a bomber during the outbreak of World War II. 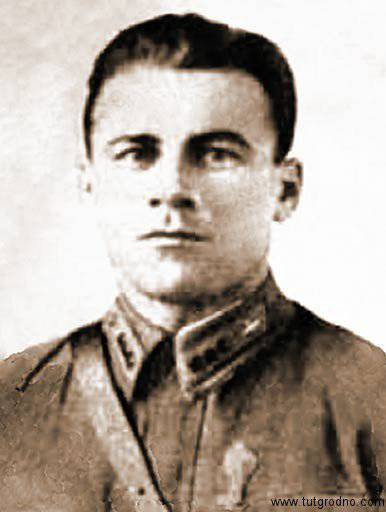 At 8:35 am, the pilots of fighter regiment No. 110 Evgeny Panfilov and Grigory Alaev started an air battle with nine Me-126 near their airfield. Two Nazi vehicles were shot down. Lieutenant Alaev died in an unequal battle. Panfilov went to the ram. Upon impact on an enemy aircraft, he was thrown out of the cockpit. He landed safely with a parachute. Later Panfilov fought in the 148th and then 254th fighter aviation regiments on the Southwestern Front. A brave pilot died in an air battle on August 12, 1942.

In 10 hours of the morning Peter Sergeevich Ryabtsev accomplished his feat over Brest. That's what's written about him in stories Fighter Aviation Regiment №123: “4 fighter captain Mozhaev, lieutenants Yidov, Ryabtsev and Nazarov- engaged in battle with eight German Me-109 fighters. Lieutenant Zhidov's plane was shot down and went down. Three fascists from above began to attack him, but the captain Mozhayev, covering the exit from the battle of Zhidov, struck down one of the fascist fighters with a machine-gun line, and the second Messer was intercepted by Lieutenant Zidov and set on fire. At the end of the battle, Lieutenant Ryabtsev spent all the ammunition. But Ryabtsev, regardless of the danger to life, took the plane to the enemy ram. ”

The deputy commander of the squadron of the fighter air regiment No. XXUMX, senior lieutenant A. I. Moklyak, continued the count of ram attacks of the first day of the war. In an air duel over Moldova, he shot down two enemy vehicles. Having spent all the ammunition, Moklyak rammed the third fascist bomber.

On the first day of the Great Patriotic War, a fascist plane and the commander of the fighter air regiment No. XXUMX, junior lieutenant N. P. Ignatiev destroyed the ramming strike. “Where, in what country, could such an attack be born as a rammer,” wrote the famous ace, three times Hero of the Soviet Union A. I. Pokryshkin. “Only among us, among pilots who are infinitely devoted to their Homeland, who put it above all, ahead of their own lives ... A ram is not a boldness, not a meaningless risk, a ram is a weapon of the brave, skillfully owning an aircraft of Soviet soldiers. Taran demanded virtuoso machine ownership. ”

During the Great Patriotic War, ram attacks on the enemy caused more than five hundred pilots. The ramming was carried out not only on fighters, but also on attack aircraft and bombers. More than half of our pilots after ramming enemy aircraft managed to save their combat vehicles. Two rams during the war years made 25 pilots. There were pilots who committed and three rams, this is the deputy commander of the squadron, Senior Lieutenant A. S. Khlobystov and Senior Lieutenant B. I. Kovzan.

Studying the history of air ramming committed 22 June 1941, it is impossible to bypass one more detail. All the pilots who made the decision to go to a ram were either members of the Komsomol, or Communists, or candidates for the party. Let everyone draw conclusions himself. 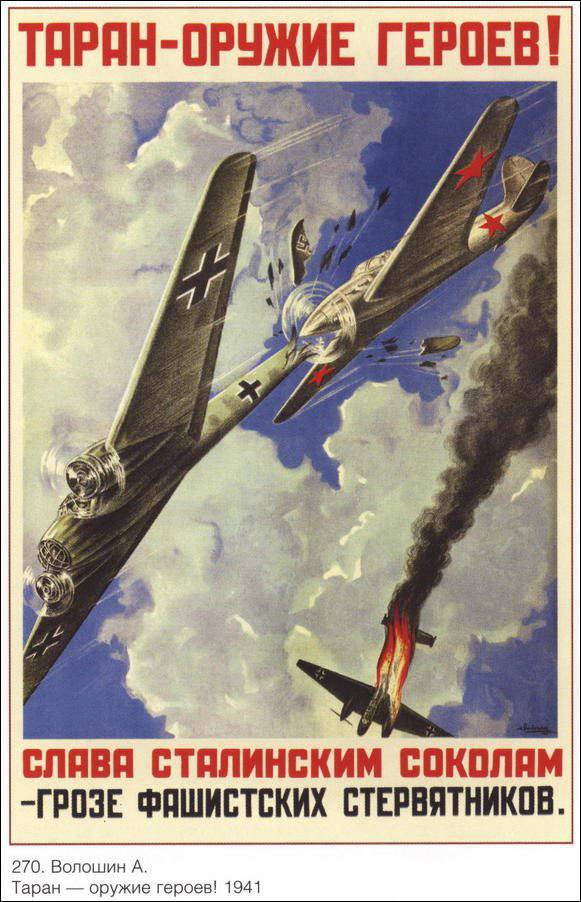 Ctrl Enter
Noticed oshЫbku Highlight text and press. Ctrl + Enter
We are
Heroic championship of the Great PatrioticAir ram is not only a weapon of Soviet heroes
Military Reviewin Yandex News
Military Reviewin Google News
29 comments
Information
Dear reader, to leave comments on the publication, you must sign in.