Russia is once again losing Ukraine, having never found it ... it's time for Moscow to change its policy 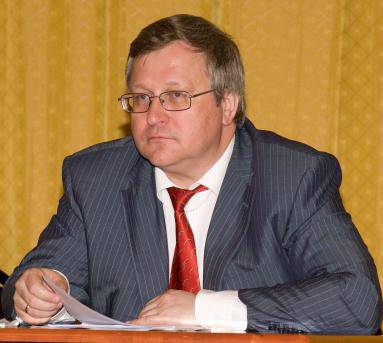 "... In a conversation with a KM.RU columnist, the chairman of the supervisory board of the Institute for Demography, Migration and Regional Development, the leader of the Development Movement, Yuri Krupnov, said that the Russian elite had come to give up the illusions that there are pro-Russian leaders somewhere, even allies:


- We are in full swing towards the “gas war”, which I warned about earlier, including on the pages of KM.RU. There are no prerequisites that it can be avoided, and therefore the media are already lining up in combat ranks, they begin to broadcast statements corresponding to such cases. This is still the beginning. A full show in front of us will unfold, I think, in October.

In fact, besides gas as the main reason and the central theme, there is an even more fundamental problem - the very lining up by Russia of relations with the former Soviet republics, primarily the Slavic ones - Belarus and Ukraine. We see that there is an illusion that it is possible to completely control the neighboring states by purely economic methods, methods of economic imperialism and build on all our policies on this with an eye to the example of the United States and the European Union.

Of course, this is inadequate, since, on the whole, the theory of liberal imperialism, which Chubais advanced 10 years ago, is not only not practically achieved, but also shows its emptiness in a situation of real financial crisis. And if it is obvious that this model collapses all over the world, to organize it in the post-Soviet space is simply insane.

The problem is that the Russian Federation has no idea how to build the post-Soviet space at all. Hence, all kinds of fantasies appear that can be summarized by the term “pro-Russian president”, whether it applies to Belarus, Ukraine or Kyrgyzstan. Intense discussions begin, secret analytical notes are written with the layouts about which of the presidential candidates is “pro-Russian” or “anti-Russian”. This is an absolute psychological voluntarism that does not rely on any realities. In fact, these are fantasies and fairy tales that arise in the heads of responsible officials. But after some time there comes a natural disappointment when the next “pro-Russian” president begins to act, based on the realities of his independent state, and not from what our visionaries thought of.

In this case, we see that, in addition to all the gas issues and other contradictions in the economy and interpersonal relations, there comes a sort of "unexpected" surprise that, it turns out, Yanukovych is actually a pro-Ukrainian, not pro-Russian politician. And behind this, besides the general inadequacy and inability to put forward a project for the entire post-Soviet space, there is also what I call “Moscow nationalism” or “Moscow-Russian nationalism”, which, actually, ruined the USSR. Then, as we remember, it was the RSFSR that was the main initiator of the collapse of the Soviet Union.

And until now, a huge number of elite representatives consider it a great success that Russia managed to throw off its outskirts, that they can now be exploited in every way (through guest workers, financial and gas imperialism, etc.), but at the same time no need to bear any responsibility. I will point only to the recent performance (it seems, in the Rossiyskaya Gazeta) of actor Alexei Petrenko, who simply called Ukraine, the Caucasus and Transcaucasia “ballast” and approved that we had thrown him 20 years ago.

As for the words that Ukraine is not interested in the European Union, I can only say that this rhetoric is a logical continuation of the existing inadequate understanding of the issue under consideration, because even without this it is completely clear that Yanukovych does not need Europe, like Lukashenko. As well as Azerbaijan, where newspapers almost every day write about the country's imminent accession to the European Union. The question is not whether the president is “pro-Russian”, “pro-European” or “pro-Western”. A politician, once in a particular situation, acts on the basis of circumstances. This is karma, the fate of all politicians. And Russia should act as a power, and not as a meanie who robs the previously abandoned neighboring states.

We are in Yandex Zen
Interview of V. Putin to Channel One and the Associated Press Agency
What you didn't want to know about England
40 comments
Information
Dear reader, to leave comments on the publication, you must to register.