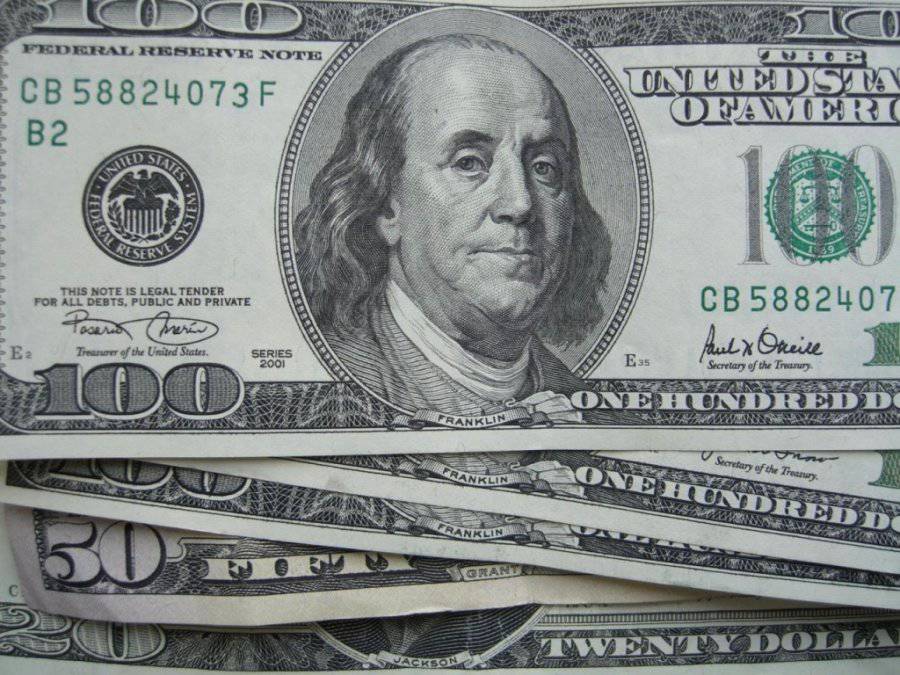 The economy of rich countries is in a deplorable state: the patient is still alive, but every day is getting weaker.

Since the beginning of the month, anxiety symptoms have increased. America began to shake when one of the major rating agencies lowered its credit rating. All over the world, stock exchanges have collapsed, and some have recorded the maximum daily drop in indices from the 2008 year. Banking stocks were particularly affected, which in the financial system is a sign of tension. That's when the central banks intervened.

The fall in the stock market has stalled, but France has become a new source of anxiety. And although young economies continue to develop and are strong enough to ensure global growth, the pessimistic moods inspired by the situation in Europe and America put a heavy burden on the whole world.

Obviously, this pessimism was caused by economic data, in particular, overseas. At best, they indicate a very slow recovery. But there is also the specter of political risk. Investors, who for three years trusted politicians with their affairs, have now changed their mind. The dubious deal to increase the upper limit of public debt, adopted by the US Congress, and the failure of the euro area to settle their problems are not only bad in themselves. Behind them are politicians who either cannot help or worsen the situation further.

This frustration also influences business sentiment. A new barometer of the global economy - a survey conducted by The Economist in conjunction with the Financial Times of managers in different countries of the world - shows that skeptics in 10,5% quantitatively predominate over those who expect improvement. This is very different from the optimistic results of a survey conducted in May. American firms are in no hurry to invest their generous cash reserves. As long as this continues, central banks, even if everything goes smoothly, will only be able to offer some kind of softening half measures.

The deterioration of the situation on the stock exchanges in the first half of August, of course, does not inspire confidence, although it does not give grounds to panic. After financial downturns, the recovery process is progressing very slowly, as the private sector is paying off debts. The bond market has long come to terms with such a reality. And the US economy still shows signs of life: in July, 117 thousand jobs were created - not enough, but this still does not indicate a recession.

However, the threat of a new slide to stagnation for America and other countries of the rich world is quite real. The cause of the problem on both sides of the Atlantic is simple: too much debt and not enough political will to cope with their consequences. This is where the danger lurks!

In the euro zone, the debt afflictions that began in small peripheral countries have now hit Spain, Italy, and perhaps France even more. As usual, the crisis stopped after the next emergency summit last month, but continued in an even worse form, it only became clear that politicians did not do everything and left the banking system in danger. At the same time, in Washington between disputes and quarrels, they still defaulted, raising the upper limit of public debt by a law that has two drawbacks: it retained temporary tax breaks just when the economy needs money and could not reduce the medium-term deficit. From here - quite justified decrease in a credit rating.

What can central banks do? In Europe, the intervention of the ECB, of course, had the effect where it was needed: the yield of Spanish and Italian bonds again dropped to 5%. The president of this institution, Jean-Claude Trichet, would have acted wisely if he had lowered the previously unconsidered rate: inflation in the euro zone had already begun to decline, it should slow down further parallel to the slowdown in commodity prices. But the rates are quite low, and the ECB does not want to intervene deeper into the fiscal sphere, buying up bonds at the expense of the state budget. On the other side of the ocean, the head of the Federal Reserve, Benu Bernanke, should have thought about buying bonds for just issued money.

Back to Barak, Angela and Co.

The greatest danger that may arise from the activity of the central bank is moral. He can allow governments to relax and let someone else do the work that they think is too hard. This is both a dangerous disclaimer and a missed opportunity.

The US Congress must force itself to provide both fiscal support in the short term (extending temporary cuts in the payroll tax and unemployment insurance), and a reliable plan to reduce the medium-term budget deficit through tax reform and changes in social benefits. To do this, there are projects drawn up by representatives of both parties. Obama and his Republican opponents have already opened the door to such a wonderful deal before. A new committee to reduce the deficit provides another opportunity. Cynics say it is naive to hope for anything significant before the US presidential election of 2012; and it is even more serious to think that it is possible to dismiss investors from the unsuccessful law on raising the upper limit of public debt.

European leaders will face an even more difficult choice: either the collapse of the euro zone, or a closer fiscal union. Saving the single currency will require much more reserve stock than the zone can now withstand. The most clever, from an economic point of view, a way out would be to issue Eurobonds that all members of the euro zone collectively provide. That would be a huge political decision, not a fraud that is being pulled through the back door in secret from European voters. If they did that, it would help to finish the saga. Again, from a policy point of view, this is difficult; but German Chancellor Angela Merkel and French President Nicolas Sarkozy have few options.

Has the belief in “green” credit confidence shaken?

“The United States can pay any debt, because we can always print money,” said former Federal Reserve head Alan Greenspan after Standard & Poor's lowered America’s credit rating. Usually, Zimbabwe comes to mind in connection with such statements. As the ill-fated African Republic has shown, there is still a limit to which the government is capable of printing banknotes: until the economy becomes a victim of hyperinflation.

But in Zimbabwe, it has already passed. According to the Economist Intelligence Unit, this year, on average, inflation is only 5,5% there. How did such a miracle become possible? Due to the transition to the US dollar as the main currency. America may have lost its high rating of three A's, but the dollars it issues “will remain the key international reserve currency for any possible development of events,” says John Chambers with Standard & Poor's.

Zimbabwe is one of the 66 countries, except for the United States, which (according to the latest IMF estimates) either switched to the dollar as legal means, or tied to it the rate of their currencies, or use it as a benchmark for the exchange rate. Today’s only green competitor, the euro, has a much smaller sphere of influence, which has only 25 “fans” outside the actual 17 countries of the zone.

66 dollar block members have cumulative GDP of almost $ 9 trillion, or roughly 14% of the global economy. This list includes a small fry like Saint Kitts and Nevis, several countries with a large population, like Bangladesh, and economic middleweights like Saudi Arabia. This group includes allies, such as Qatar, and rebels, such as Venezuela, which despises American imperialism even when it surrenders its monetary sovereignty to the central bank of the United States.

But unfortunately, not everything is so good in the dollar block. Last year, the average rate of inflation among his countries was 5,6%. This year, it is likely to reach on average almost 8%.

The largest member of the block is, of course, China, which does not allow its yuan to make sharp movements in relation to the "green". China dreams of creating its own currency reserve. Many countries hold the yuan in mind, because they can not afford to lose competitiveness, having such a huge exporter. An analysis conducted by three economists from the National Institute of Public Finance and Policy in Delhi shows that the currency of the Middle Kingdom already has a significant impact on 33 others.

Another economy sandwiched between the dollar block and the potential yuan is Hong Kong. His linkage to the "green" (with the assistance of the currency committee) seemed quite appropriate when the yuan was also chained to American money. But now, when he says goodbye to the dollar, Hong Kong is torn in two. There are already calls to recognize the yuan as legal tender along with the Hong Kong dollar. However, the country's leadership is not in a hurry to take any steps in this direction. It fears that talking about alternatives to American money will undermine their credibility. The dollar peg "served Hong Kong as a good anchor for monetary and financial stability since 1983," said Norman Chan, the head of the local Monetary Authority, after S & P downgraded the US credit rating.

Loyalty to the dollar should not be taken for granted even where it deserves the most. 10 August, the Zimbabwean newspaper Newsday imbued with the question, it is not time to “get rid of” it, so as not to get American macroeconomic sores. Some people believe that the South African rand could be a better alternative. The US dollar remains the key currency in the world. But it may not be a good sign that even Zimbabweans are considering some alternatives.

One of the richest people in America, Warren Buffett, to solve problems with a budget deficit and an increase in US public debt, suggests that the government raise taxes for the rich. “The majority of rich countries who receive the bulk of income from investment transactions pay a state tax on income in the amount of 15%, while middle-class representatives have to recalculate 15-25% of their income,” Buffett says American fiscal injustice.
Ctrl Enter

We are in Yandex Zen
Traffic light for credit rating agencies from the Bank of Russia
Dusty work of international rating agencies
2 comments
Information
Dear reader, to leave comments on the publication, you must to register.