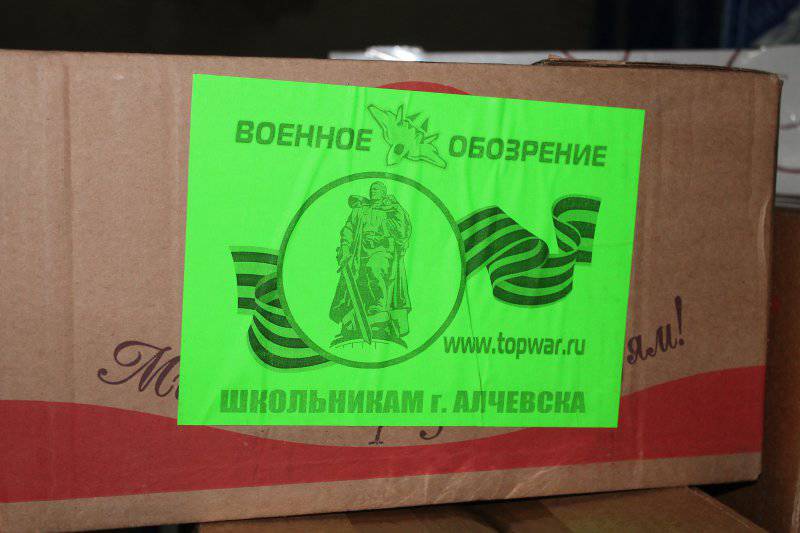 As I said, before the New Year holidays we decided to direct our attention to the children of the city of Alchevsk. Moreover, for children who study in a boarding school for children with disabilities. Disabled people

The main majority have cerebral palsy. Plus, sight and hearing.

Elena Gladkova (Bear) picked up a list of these children at school, and Yaroslav from her department spoke with everyone and asked who he would like to receive by the New Year. So the list passed to me was born.

I edited it a little. Aligned. It turned out, I think, not bad. On average, it was 1000 rubles per man. Someone 1-2 subject, someone more.

He added puzzles, small designers, for younger schoolchildren there were children's watches with animated characters, dolls, cars (mostly Russian, with symbols of the RF Armed Forces).

For the school, an entire box with Lego designers and puzzles was added. I was told by one doctor that for children with cerebral palsy such entertainment is calm and developing. 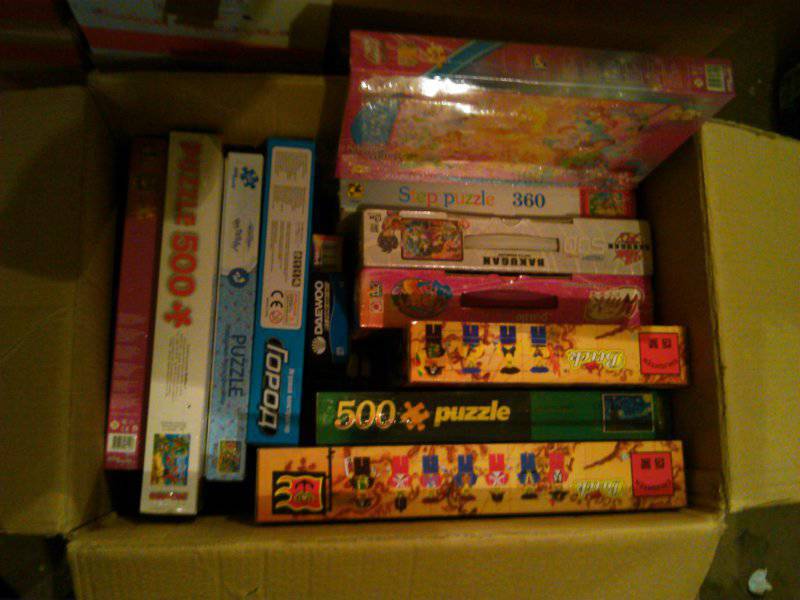 Packed it properly. I liked it myself. 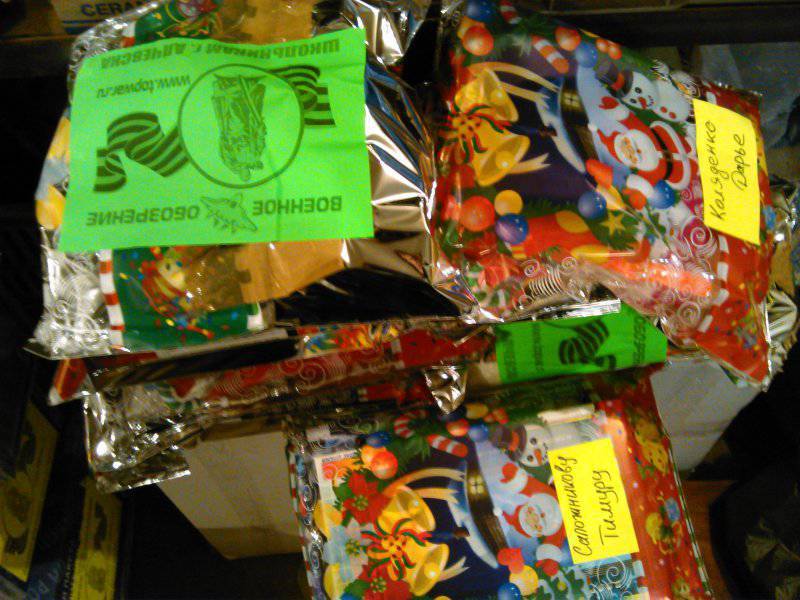 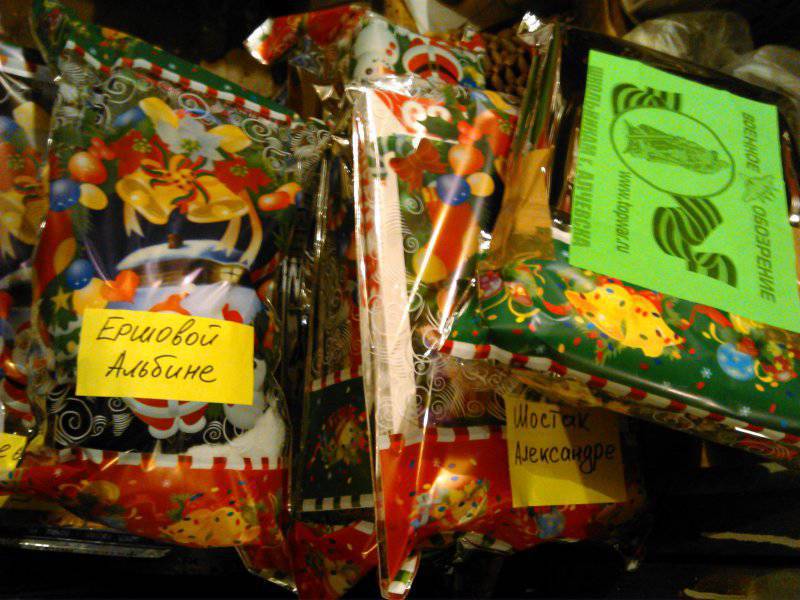 They also took care of the sweets; in general, there was a joint work in full.

400 sweet gifts. Candy only Russian. 270 will go to boarding school, for all students, the rest - for the children of "Ghosts." (Special thanks to my Belgorod friends Vladam from the 8 Company, who helped organize the creation of these gifts).

16 crates of cookies, gingerbread, marmalade. And 2 bag of caramels. (Personal gift from Vladimir Malakhov from Stary Oskol. His trading house brought me these 400 gifts).

15 boxes with Bryansk marshmallows. Transferred our Bryansk colleagues. (Here, my thanks to Haji and Boris, who organized the delivery).

15 crates of Tula gingerbread. This is thanks to Valera from Tula (DRA-88).

42 gift for children fighters "Ghost." (Just money left, gifts, of course, not the same as for people with disabilities, but still not ashamed.) 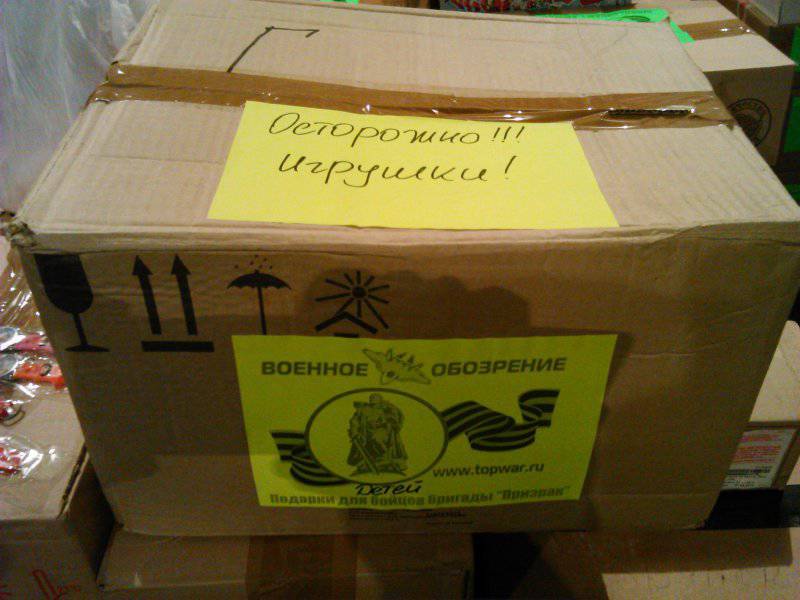 And also sent me in the mail gifts for the fighters from our colleagues. Quantity - 14 pieces.

The pile turned out fair. Even more. 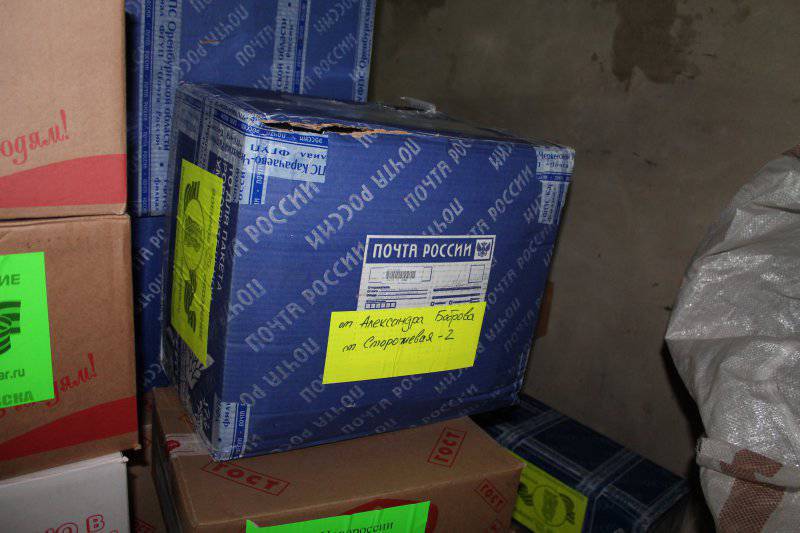 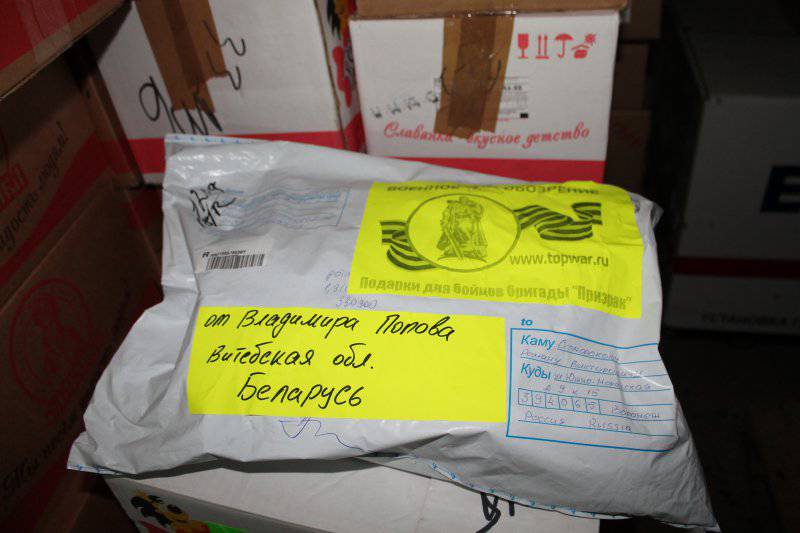 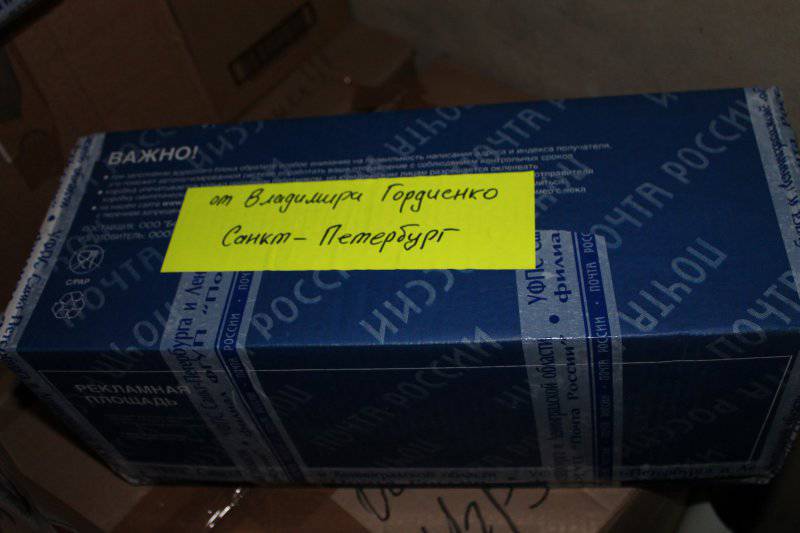 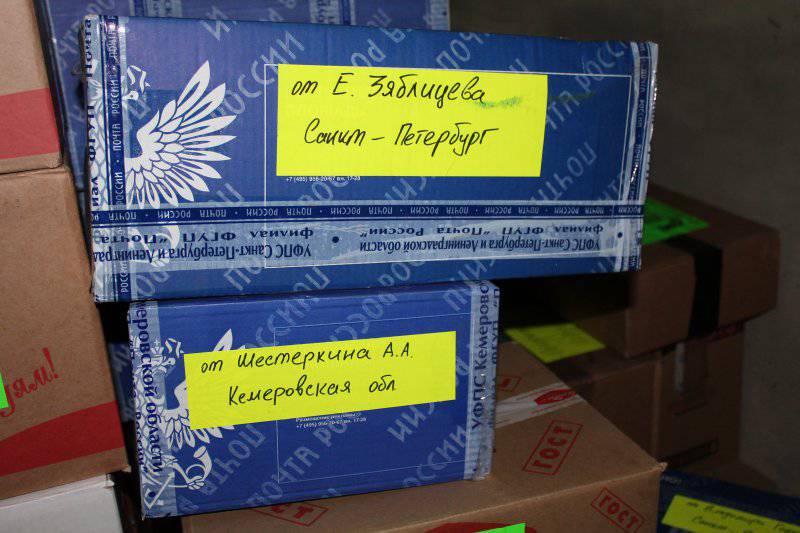 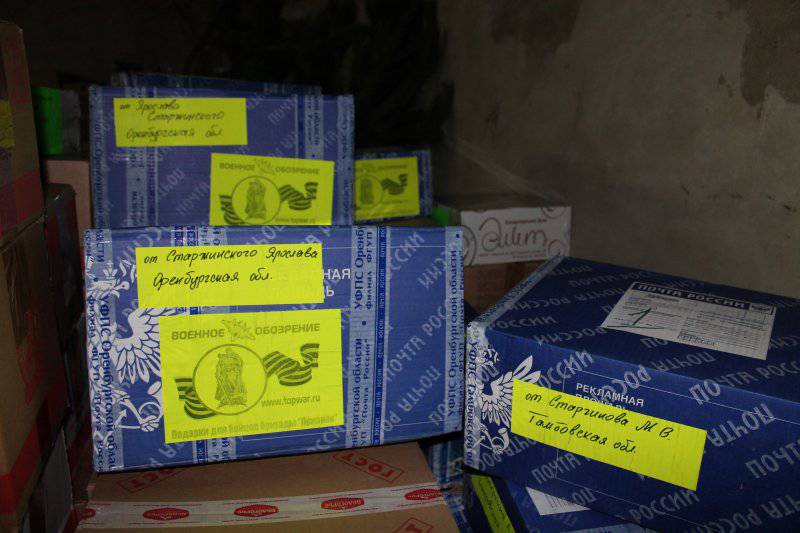 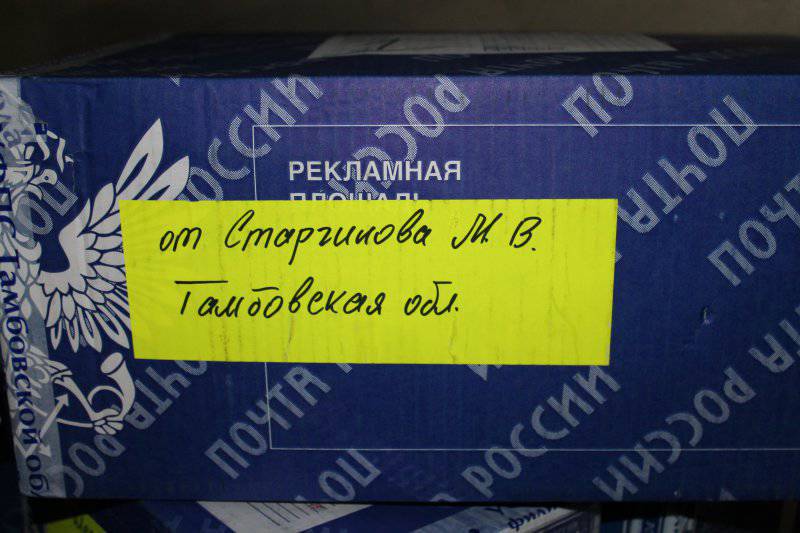 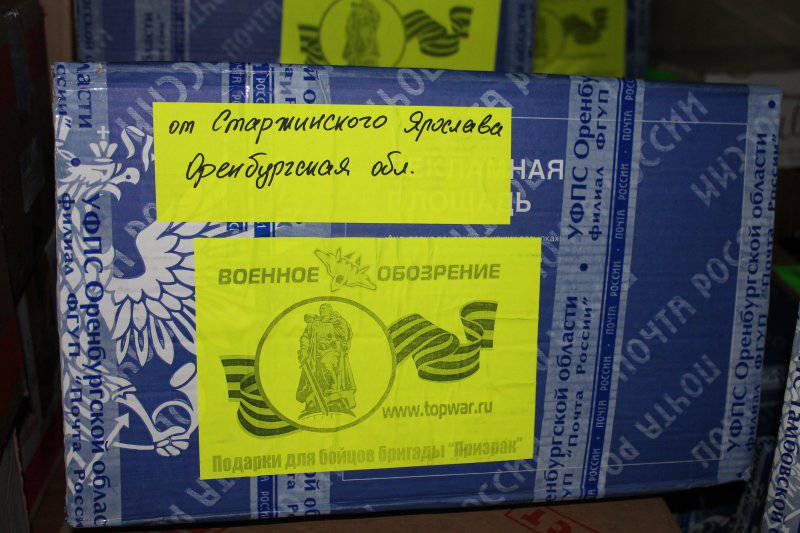 With delivery for a very long time did not grow together. Some kind of pestilence attacked the cars first, and then the people. As a result, by the last date of nomination (20.12, because matinees are held from 24 to 26) there are only two Romans left. And one of my unit, in which everything was not even in principle. I can not share my negative attitude towards Voronezh carriers, both companies and private traders. It is clear that the crisis, but at least something sacred can be in this life, in addition to money, probably ...

In general, we have resorted to extreme means. We loaned another minivan from a good person (the Volkswagen Sharan, which we drove on our first flight), threw out all the extra seats (except for the driver’s) from them, and sat down on Saturday morning and drove off.

The Ball was taken directly from the workshop, where it was finished. We decided to take a chance. But on the way, he completely lost his temper. And there were still kilometers of 180. But - drove.

We were late for about an hour. And the cars were already loaded, so they were unloaded to the warehouse. It's a shame, of course, but alas. The mechanic promised to deliver everything personally on Monday. And if he promises something, you can sleep well. 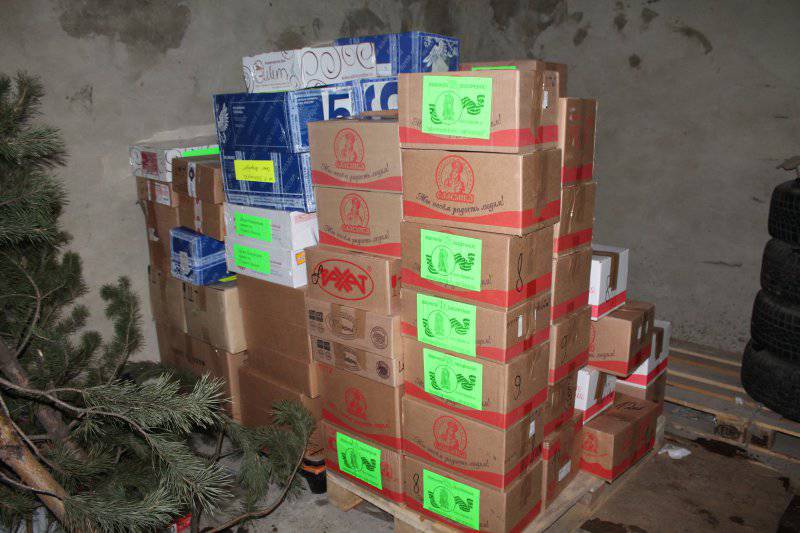 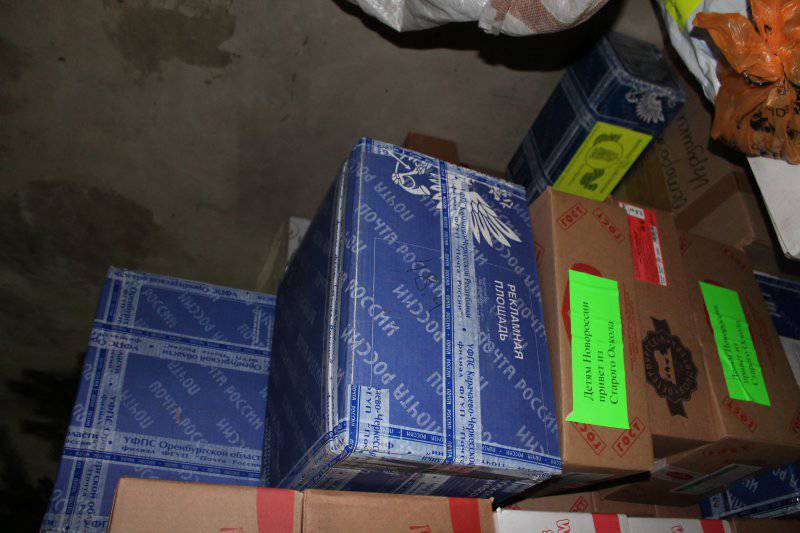 Then Roman and the Mechanic repaired the Ball with an adjustable wrench and a dropper, and we were able to go back. 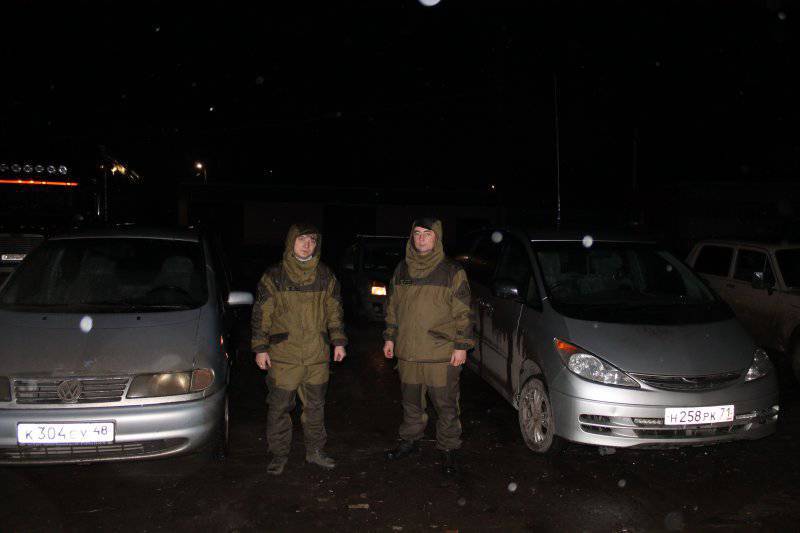 This is not the end stories. The ending will be December 25-26, when we expect to attend the festivities. And tell about it in detail. Plus, to bring everything that did not have time to reach at the time of our departure.