The last battle for the World Ocean 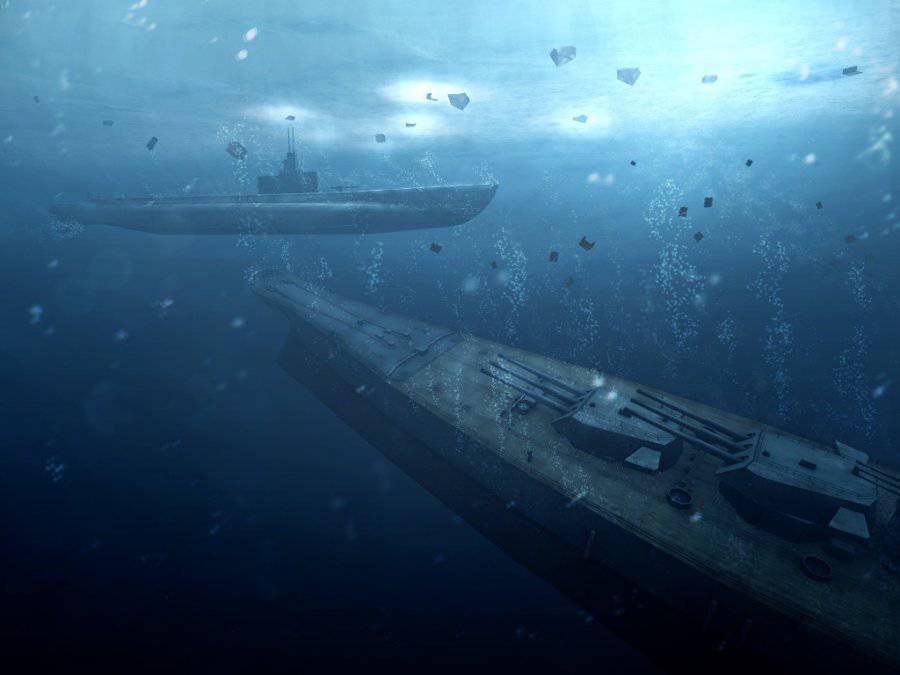 In the global competition of two superpowers by the United States in the middle of the 70-s, the geopolitical formula "Who owns the oceans, owns the world" was put in the first place. The geopolitical goal is the final undermining of the economic power of the Soviet Union as a result of overstressing material and human resources. The Soviet merchant fleet in terms of displacement did not yield to the American one, and the activity of Soviet oceanologists was rated extremely high.

In order to completely undermine the economic power of the Soviet Union, the United States offered a race to develop the resources of the oceans, including ferromanganese nodules. US intelligence agencies through the media began to spread information about the beginning of the development of the resources of the seabed of the oceans. World media published materials on the construction in the United States of specialized vessels for deep-sea drilling of the oceanic bottom 1. The ship "Explorer" Western press called the ship of the twenty-first century, ahead of Soviet technical development for half a century. The Soviet Union was forced to respond to this challenge with the development of the state program "World Ocean".

In the 1980-ies, the Soviet Union was assigned a plot at the bottom of the Pacific Ocean, where it was predicted to have significant reserves of ferromanganese nodules. Despite the large number of iron ore deposits, manganese was not enough for the domestic industry, so it was planned to start its technologically complex mining in the World Ocean by 2011.

Academic institutes were established in Vladivostok and Odessa. The Odessa branch of the Institute of Economics of the Academy of Sciences of the Ukrainian SSR focused on the development of the economic problems of the World Ocean, taking into account the ecology.

Many years later, the background history of the last race of superpowers became known.

24 February 1968 of the K-129 K-2 diesel submarine with three ballistic missiles with nuclear warheads 8 took off for combat patrols in Kamchatka. March 5 submarine sank at a depth of XNUMX thousand meters. But the Soviet people found out about this many years later. In keeping with the established tradition, the Soviet press did not report the death of the submarine and crew. The ships of the Soviet Navy systematically patrolled the alleged square of the death of a submarine, but the official statement of the Soviet government about its death was not made. And many years later, the cause of death of the boat has not been established. Perhaps she was faced with an American submarine, which recorded the coordinates of the tragedy.

The Central Intelligence Agency of the United States, in agreement with the American president, decided to raise the Soviet submarine, which, in addition to ballistic nuclear missiles, contained the codes of the Soviet Navy. Detailed familiarization with Soviet technological know-how could be extremely useful for American specialists in the field of defense technology. However, there was no international experience of raising the submarine from a depth of 5 thousand. In addition, the operation had to be completely secret. As the most correct democratic state of the world grossly violated international conventions prohibiting the rise of a foreign warship that sank with crew members in neutral waters, and became a fraternal military burial, without permission.

To carry out the lifting of the Soviet submarine was entrusted to a private American company. As a result of the implementation of the secret project “Jennifer”, worth $ 500 million, the vessel Glomar Explorer was built, which was identified as the second deep-sea drilling vessel after the Glomar Challenger, which was recorded by Soviet reconnaissance satellites. But the satellites could not "discern" the design features of the vessel with the "lunar pool" - a huge secret compartment that opens from the bottom, allowing to lift objects from the ocean floor unnoticed by reconnaissance satellites.

But due to chance, the project became the property of the American public. In June 1974 of the year in Los Angeles, the robbers snuck into the office of a company performing a secret order, opened a safe, where instead of dollars they found secret documentation. They began to blackmail the CIA, demanding half a million dollars for the return of seized documents.

After the failed bargaining, the information was transferred to the media and the Los Angeles Times in February 1975 was the first to post a sensational article about a secret project. CIA calls for journalists not to tease Moscow in the interests of national security were not heard. But the Soviet leadership reacted exceptionally sluggishly and was satisfied with the evasive response of the American side.

For the camouflage in the area of ​​the rise of the Soviet submarine, the research vessel Glomar Challenger was of the same type with the Glomar Explorer. And Soviet intelligence did not betray this event of due importance. With the rise of the submarine split and only the nose was in the secret "moon pool". But the Americans were disappointed, the ciphers were not detected by 3. But the bodies of the dead submariners, who were reburied at sea in the Soviet ritual with the performance of the hymn of the Soviet Union, were recovered. In order to respect secrecy, the ceremony took place at night. The video recording of the ceremony was declassified after the collapse of the USSR and transmitted to Boris Yeltsin (the video is posted on the Internet).

Since the Soviet Union after the implementation of the American project for the construction of ships for deepwater drilling lagged behind the United States in the battle for the ocean, the emphasis was placed on the creation of deep-water vehicles. For oceanographic and rescue work, a series of Mir deep-sea submersibles was created with an immersion depth of up to 6000 meters. In 1987, two vehicles were manufactured by a Finnish company, which was subjected to pressure from the United States, which sought to prevent the USSR from taking priority in this area. On these devices in August 2007, for the first time in the world, the bottom of the Arctic Ocean at the North Pole was reached, for which aquanauts received the title of Hero of Russia. Similar deepwater vehicles were manufactured in the USA, France and Japan, which owns the dive record (6527 meters).

After the collapse of the Soviet Union, the Russian Federation has consistently lost the sea power of the former second superpower. While ranks second in the number of nuclear submarines. Navy and merchant fleet is aging. The Soviet oceanic fishing fleet, which was one of the largest in the world, was largely lost, including plundered. As a result of large-scale corruption in Russia, the resources of one of the largest domestic fish stores in the Sea of ​​Okhotsk, one of the most highly productive areas of the oceans, are being rapaciously used.

At the beginning of the twenty-first century, along with the US Navy leading in the World Ocean, the power of the naval forces of China and India increased at the highest rates. In the Middle Ages, the Chinese empire owned a powerful navy, the rejection of which served as one of the important reasons for the decline of the Middle Kingdom in the next centuries. Strengthening the economic power of modern China and its dependence on energy imports set Beijing the strategic goal of turning the coastal fleet of “yellow water” into an oceanic fleet of “blue water” 4.

In the “yellow water” doctrine, the main task was to ensure the safety of coastal economic centers and the possible seizure of Taiwan. In order to secure the future of the most economically developed coastal regions, where the dominant number of modern enterprises is concentrated, Beijing has relied on the doctrine of "blue water" - the creation of a modern ocean fleet capable of striking the enemy in the open ocean. According to the blue water doctrine, an important task of the Chinese Navy is to ensure the safety of the merchant (tanker) fleet on strategic sea lanes. In the first place came the task of protecting communications for the uninterrupted supply of oil from the Persian Gulf (Iran) and Africa, ensuring oil production on the shelf, including the disputed parts of the South China Sea.

The naval forces of the PRC are divided into three operational fleets (Northern, Eastern and Southern). The Chinese Navy has 13 nuclear submarines, including 5 ballistic missile submarines, 60 diesel submarines, and 28 destroyers. In terms of the number of nuclear submarines, China is the third largest in the world after the United States and Russia, and the destroyer is also third in the world after the United States and Japan. China came first in the world in the number of diesel submarines, frigates, missile boats and landing ships. Marine aviation China became the second after the USA. In the early 90s, China acquired the unfinished Varyag aircraft carrier in Ukraine for conversion into a “floating casino” for a ridiculous amount of $ 28 million. Perhaps the corruption component of this transaction exceeded the value of the ship. In the near future, the aircraft carrier will be commissioned by the Chinese Navy5. This event will be a symbolic end to the collapse of the sea power of the former Soviet state.

After the geopolitical suicide of the USSR, Russia was thrown off from the oceans, having lost a significant part of the Baltic and Black Sea ports.

We are in Yandex Zen
Rescue ship "Igor Belousov"
The oldest active ship of the Russian Navy
4 comments
Information
Dear reader, to leave comments on the publication, you must to register.