The lunar program is interesting to Russia, China and Europe

December 19 2014
27
The natural satellite of the Earth is still an interesting option for a variety of space programs. The moon is important for humanity as the closest object to Earth and as the first step towards the possible colonization of space. Interest in a natural satellite today is shown both in Europe and in Asia. Russia, China and Europe have their lunar programs.


At the meeting, which took place on December 2 2014 in Luxembourg, ESA (European Space Agency) put forward an idea that involves cooperation with Russia in the form of supplying equipment for two space missions planned by Roscosmos over the next six years. The first of these missions, Luna-27, is scheduled for 2019. It is assumed that the lunar module should land in the southern hemisphere of the moon, where he will study the atmosphere and soil. The second Russian lunar mission is scheduled for the 2020 year, it will be sent to deliver samples collected on the Moon back to our planet.

It should be noted that originally European science officials did not intend to cooperate with our country, but the ESA indicated to them that such cooperation is almost the only opportunity for Europe to secure long-term access to the Moon, while cooperation between Europe and Russia will provide potential benefits to both parties. Initially, the idea of ​​partnership with the Russian space agency was a potential solution to the problems that the lunar mission of European countries encountered in 2012, when the proposal to develop a European landing module could not gain enough support. 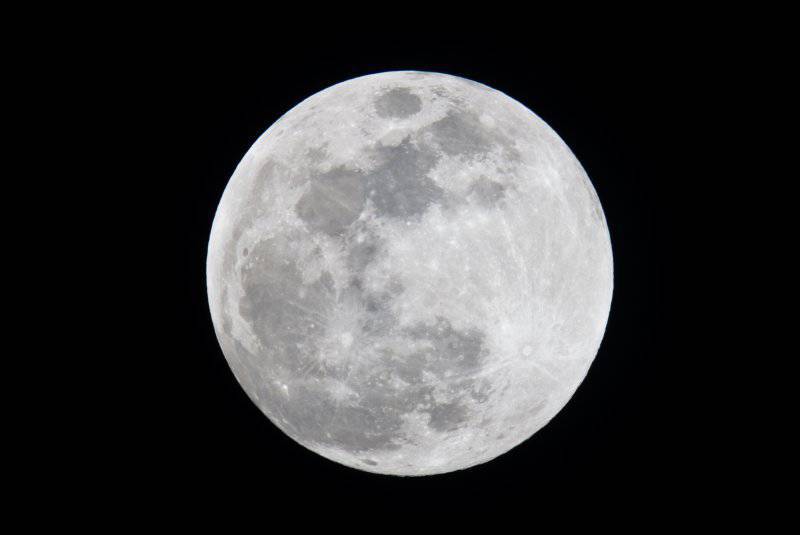 The proposal for a joint mission to the South Pole of the Moon is superimposed on the growth of political friction between the West and Russia, which gives many well-founded fears in the success of any joint missions, even in space. However, at the moment Roskosmos continues to cooperate with its Western partners. So the Russian space agency collaborates with the mission ESA ExoMars. As part of this mission, the Russian rocket, the carrier module and the landing module will deliver the ESA rover to the red planet in 2018 year. In addition, Roscosmos, together with the European Space Agency, continues its work on the ISS. Both of these missions are going smoothly today, European officials say, without any influence of the current geopolitical situation.

China is planning a manned mission to the moon

Currently, China is working on the creation of a large launch vehicle that is designed to carry out a manned mission to the moon. This is reported by the Chinese state media. According to the information of the publication China Daily, the rocket under the name "Great campaign-9" will belong to the same family of rockets. Currently, work on its creation is at the design stage, and the first launch of the rocket will have to take place in 2028 year. It is reported that the Great March-9 rocket will be able to launch into 130 space tons of payloads, i.e., about the same amount as the space launch system - a heavy NASA launch vehicle to be launched in 2018 year. It is assumed that the original American rocket will put into orbit 70 tons of cargo. At the same time earlier, NASA has already announced that their missile system will have "unprecedented lifting force."

Li Tongyu, who is the head of the Aerospace Development Department of the Chinese Academy of Launcher Technologies, noted that Chinese-made launch vehicles already in service, including the Great March-5, which will be launched soon, fully satisfy Beijing needs for the next 10 years. At the same time, he agrees that for the implementation of promising programs, the capabilities of existing missiles are not enough. 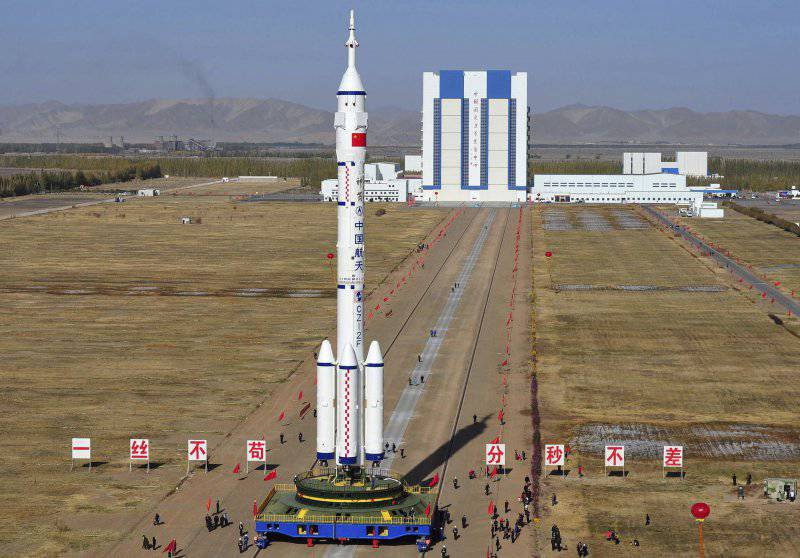 The PRC considers its own extremely expensive space program as an opportunity for the state to declare itself, as well as to confirm the correctness of the chosen course, which was taken by the ruling Communist Party of the country. The plans of Beijing include the assembly of an integrated space station by the 2020 year (the first modules of the station have already been put into orbit), as well as the man’s flight to the moon and the construction of a permanent habitable base on its surface.

According to Li Tongyu, the height and diameter of the Great March-9 rocket will significantly exceed the dimensions of the Great March-5. He noted that the need to develop a new rocket appeared for the reason that the thrust of existing rockets is simply not enough to bring the spacecraft to the lunar path. At the same time, the new super-heavy rocket “The Great March-9” should be used not only for flights to the Moon, but also in other promising programs aimed at studying deep space. In the meantime, Chinese engineers estimate that the diameter of the new rocket should be from 8 to 10 meters, and the mass - about 3 thousand tons.

At the same time, the lunar program of the sky began in the 2007 year, when China first launched the Chang'e-1 probe into lunar orbit. A second spacecraft of this series followed, and the landing module of the third probe allowed the first Chinese lunar rover, Utah, to land successfully. In the coming years, China expects to launch new probes, which will have to deliver new samples of lunar soil to our planet. 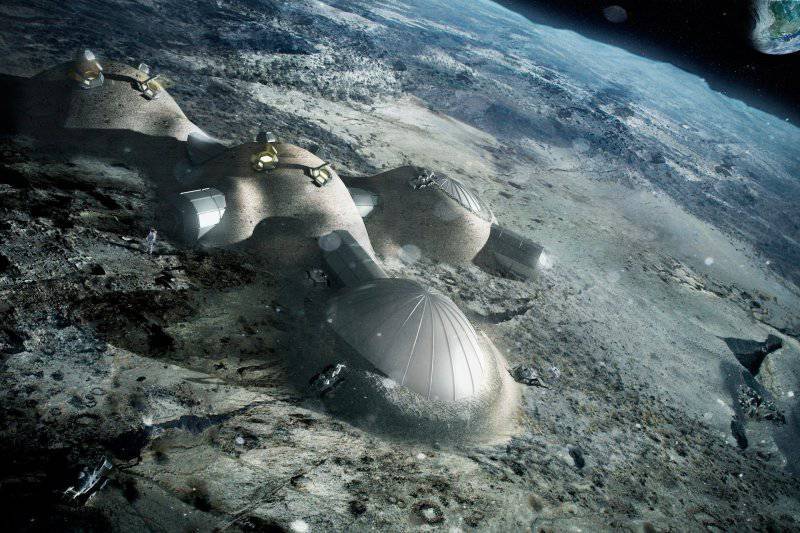 Beijing is planning to build its own permanent base on the moon by 2050. This was reported last year by the Beijing Times, citing sources in the Chinese army. Also in September, 2014, the Japanese media reported that China wants to create PLA aerospace troops. And the chairman of the Communist Party of China, Xi Jinping, appealed to the military to actively develop the space and air forces, strengthening their defensive and offensive potential.

Russian orbital station, as a step to the moon

Obviously, the past year finally convinced the Russian government that with Russian-American cooperation on the ISS, after 2020, we will have to finish. At the same time, information appeared about the construction of its own, fully Russian station. At least, this is the key that sounded at the end of November 2014 of the year during the meeting, which was held at Baikonur. The meeting was devoted to the development prospects of the national space program after 2020. From a technical point of view, what the general and chief designers of Russian space enterprises are talking about, the country is already ready to deploy its high-latitude orbit 2017 inclination versus 2018 degrees at the International Space Station for the 64,8-51,6 year). In its initial configuration, it may consist of a multipurpose laboratory, as well as energy modules, connected by Progress-MS and Soyuz-MS, as well as the promising spacecraft OKA-T.

According to the Zvezda TV channel, the OKA-T spacecraft should be an autonomous technology module. This module consists of a sealed compartment, a scientific laboratory, a docking station, a lock chamber, and a non-pressurized compartment in which it will be possible to carry out experiments while in space. The mass of scientific equipment to be put into the project should be approximately 850 kg. In this case, the equipment can be positioned not only inside the device, but also on the elements of its external suspension.

What can our country provide its own space station besides the feelings of self-sufficiency and independence? The first is a significant strengthening of control over the situation in the Arctic. This region for Russia in the coming years begins to acquire strategic importance. It is in the Arctic today that the “hydrocarbon Klondike” is located, which for many years will feed the Russian economy and help to survive even the most difficult economically. Also in the Arctic today passes the Northern Sea Route - the transcontinental sea route, which connects Southeast Asia and Europe. In the middle of the XXI century, this highway may begin to compete in the volume of cargo transportation with the Strait of Malacca or the Suez Canal. Secondly, the work of the Russian rocket and space industry will be significantly intensified, which will be able to get a real point of application of efforts and ideas. Thirdly, the development of a national orbital station makes it possible to get close to the idea of ​​manned flights of Russian cosmonauts to the Moon and so far so far Mars. At the same time, manned programs are always very costly, the decision to implement them is often political in nature and should be in the national interest. 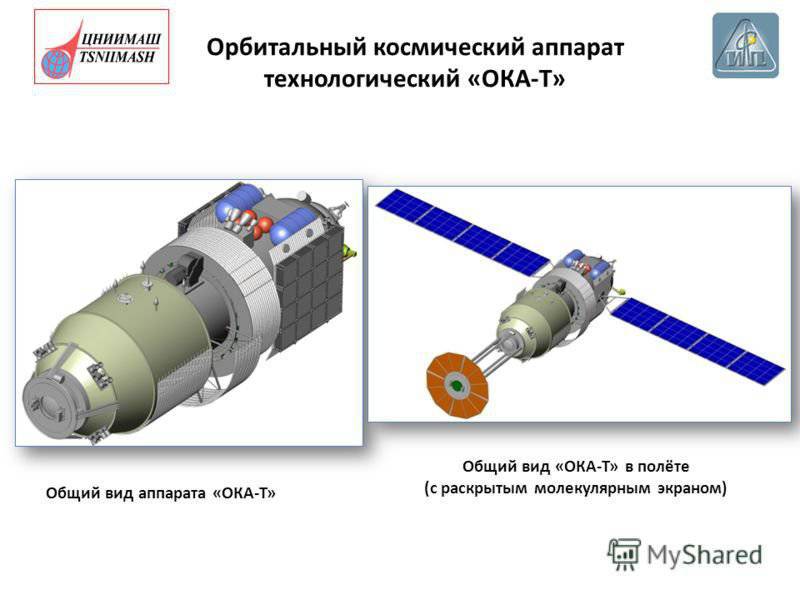 In the case of the Russian orbital station, they are respected. At the current stage of development of the ISS in its current form for Russia is already past stage. However, flying to a domestic station is the same as on the ISS. Therefore, it is important to immediately determine the range of tasks of the new Russian station. According to Vladimir Bugrov, the lead designer for manned space-rocket complexes for landing on the Moon and Energiya-Buran, the future Russian station should be a prototype of an interplanetary spacecraft. Initially, Sergei Korolev planned to work out his TMK - a heavy interplanetary ship orbiting the Earth, like a heavy orbital station. Such a decision was the basis of the proposed interplanetary program, which was approved by a political decision.

In addition to the main benefits that Russia can receive when developing its own orbital station, there are a large number of pleasant “bonuses” - starting from the additional load that our Plesetsk cosmodrome will receive and ending with the paid training of Chinese cosmonauts. It's no secret that Beijing has developed a very ambitious space program. Already in 2030, our big southeastern neighbor expects to land his first taikonaut on the moon. And in 2050, China expects to start from its own lunar base to Mars. However, at present, the Chinese simply have no experience in conducting long-term space missions.

So far, there is nowhere to get such an experience. China does not yet have its own full-fledged station, and the Soviet Mir was flooded long ago. On the ISS, the Americans do not allow the Chinese. According to the adopted rules, access to the ISS board is available only to those people whose candidacies have been agreed upon by all the states that are participants of the ISS project. Given the general tensions of the US-China relations, one can hardly hope that in the next 6 years, the legacy of the taikonaut will be able to step onboard the ISS. In this regard, the Russian orbital station could give the Chinese a unique chance in order to gain invaluable experience of a long stay in orbit before they go to the Moon. However, it is not excluded that such an option when Russian cosmonauts and Chinese Taikonauts at some stage of cooperation will be able to fly to the Moon together.

Ctrl Enter
Noticed a mistake Highlight text and press. Ctrl + Enter
We are
Since the launch of the first artificial satellite of the moon, 50 years have passedChina is getting closer to landing on the moon
27 comments
Information
Dear reader, to leave comments on the publication, you must to register.