December 19 2014
20
A few days ago, the new Ukrainian authorities changed the composition of the persons responsible for the security of the country. 16 December, President Petro Poroshenko renewed the composition of the National Security and Defense Council (NSDC), and also appointed a new head of this organization. Alexander Turchinov, who previously held various positions in the highest echelons of power, became the Secretary of the Council. So, until the end of November, he was the speaker of the Verkhovna Rada, and from February to June he combined this position with the duties of the president. Now he has to be responsible for security and defense. 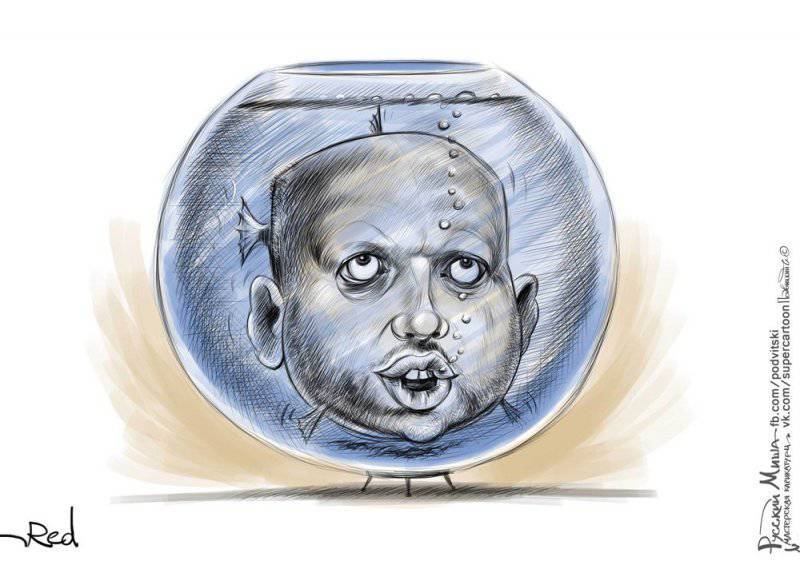 The day after the appointment, A. Turchinov held a briefing, during which he made several important statements. The main topic of the briefing was the current "anti-terrorist operation" and relations with the nearest neighbor. Statements by the new NSDC Secretary may indicate that the Ukrainian leadership is preparing to resume active hostilities in the Donbas, and may also unleash a new armed conflict.

A. Turchinov said that the command of the armed forces and the Ministry of the Interior are preparing to start the rotation of troops involved in the so-called. ATO. At the next meeting, the NSDC will consider a plan for the phased return of soldiers serving in the army and the National Guard. It is supposed to return home those servicemen who were mobilized this year. According to Turchinov, this will not be a one-time action. Soldiers will be exempted from service in the prescribed manner.

Since the official Kiev does not intend to stop the so-called. the antiterrorist operation, a rotation of personnel is planned: the newly mobilized should replace the fired military personnel. To preserve the defenses, a new mobilization is planned, which will be conducted in several stages. It is assumed that this step will allow to update the composition of the existing units, as well as create a reserve with a total of about 100 thousand people. When martial law is declared, reservists must return to the line.

The purpose of the announced plans is to strengthen the army and the National Guard. The new secretary of the National Security and Defense Council believes that Ukraine should build one of the most powerful armies in Europe. A. Turchinov believes that the country simply has no choice, because without a strong army, Ukraine will not be able to defeat the aggressor represented by Russia.

For effective work of the armed forces and other defense structures, according to the Secretary of the National Security and Defense Council, it is necessary to establish clear interaction and coordination of all organizations and formations. This, according to Turchinov, was a serious problem. The National Security and Defense Council should become the center of coordination of all structures, and not a “personnel settler”.

Of particular interest is the statement of A. Turchinov regarding the timing of the end of hostilities. According to him, the war in Ukraine will end only after the liberation of all the territories of the country, "including the Crimea." At the same time, he believes that the current cease-fire regime could develop into a full-scale war. Turchinov claims that the established regime is constantly violated by “terrorists”, and this may lead to new clashes. Moreover, according to the Secretary of the National Security and Defense Council, Russia can unleash a continental war at any time.

Thus, the new head of the National Security and Defense Council continues to promote the opinion of the Russian aggression, and also intends to seek some changes in the army and security forces. First of all, it is planned to continue the rotation of personnel at the expense of new waves of mobilization. To date, the Ukrainian military enlistment offices have conducted three recruiting campaigns, and in the very near future new such events may begin.

A few days before Turchinov’s appointment, Ukrainian Defense Minister Stepan Poltorak spoke about existing plans for the near future. So, next year, the armed forces are to fill up 40 with thousands of draftees and 10,5 thousand contract soldiers. After the call of new servicemen, the total number of Ukrainian armed forces should reach 250 thousand. On the draft campaign is planned to spend about 95 million hryvnia. In addition, next year new military units and subunits will be formed. According to the territorial principle, it is planned to create four operational commands.

The Ukrainian leadership has far-reaching plans, but their implementation may face a lot of problems, primarily economic ones. The maintenance of a large and well-equipped army requires corresponding expenses, and the current economic situation in Ukraine does not allow for the formation of an adequate military budget without damage to other areas.

In 2014, the military budget of Ukraine amounted to 15 billion hryvnia. Another 11 billion was planned to transfer from a special fund, filled for several years. However, due to a number of reasons, the required amount was not found in this fund, as a result of which the “anti-terrorist operation” had to be conducted with available money and with donations from the population.

The draft budget for 2015 year provides for a significant increase in military spending. The military budget for the next year should be 50 billion hryvnia. This money will be distributed between several items of expenditure. For example, about a third of the budget will go to remuneration of personnel and the provision of housing and infrastructure for servicemen. According to reports, no more than 5-7 billion hryvnias remain for the rearmament of the army.

Even with the most favorable rate of recent months, no more than a few hundred million US dollars remain for the purchase of weapons and equipment. Thus, it can be assumed that foreign weapons and equipment are simply inaccessible to the Ukrainian army. As a result, the repair of damaged machines will continue, as well as the removal from storage and restoration of existing ones in reserve. This will allow an increase in the numbers of troops, but is unlikely to affect the quality.

Serious questions are raised by plans concerning the creation of a reserve of up to 100 thousands of people. It is assumed that reservists will be assigned to military units and, if necessary, will be able to quickly replenish their composition. In this case, the reserve will be divided into two parts: the so-called. territorial and public. The task of the territorial will be directly involved in the battles, and the public will be engaged in supporting the country's defense. The number of such reserves has not yet been clarified.

It can be assumed that the reserves will be formed due to the need for rotation of personnel and staffing parts. It is possible that reservists who have returned from the “ATO” zone will, after some time, be recruited again into the army or the National Guard, and their place in the reserve will be taken by fired soldiers and officers. This approach will not only create the appearance of a constant rotation of personnel, but also save on training new soldiers, called up for the first time.

As for Turchinov’s words about the opposition of Russia, they fully fit into the logic of the statements of the new Ukrainian leadership. In the spring, it began to call the conflict in the Donbas war with Russia. The reasons for this are simple. First of all, it is a reason to ask for help from foreign countries. In addition, regular defeats from the militia look much more offensive to the new authorities and the army than the same results of battles with the army of a developed state.

The change in leadership of the National Security and Defense Council of Ukraine had almost no effect on the events in the Donbas. Skirmishes and artillery strikes continue with the same intensity. At the same time, the new secretary of the National Security and Defense Council speaks about the end of the war after the return of the Crimea and the suppression of resistance of Donbas militias, and also announces plans for the development and strengthening of the armed forces. It seems that official Kiev does not intend to end the civil war with peace negotiations and political compromise. On the contrary, he wants a military victory and defeat the enemy in the face of the local population. One of the leaders of this process has now become A. Turchinov. It is unlikely that such an appointment could affect the chosen course and change the situation in the neighboring country.