December 18 2014
10
Irina Levchenko - Soviet officer, guard lieutenant colonel, participant of the Great Patriotic War, Hero of the Soviet Union (1965), the first woman in the USSR, who was awarded the Florence Nightingale Medal (1961 year). Awarded three Orders of the Red Star and 10 medals. It was also awarded a nominal weapons, which she received from the hands of the Minister of Defense of the Bulgarian People's Republic. In the postwar years, she was engaged in literary activity, was a member of the Union of Writers of the USSR. Who would have thought in 1941 that a 17-year-old schoolgirl would become the owner of so many awards and be able to rise to the rank of lieutenant colonel, and not just somewhere, but in tank troops!

Irina Levchenko was born 15 March 1924, in the village of Kadievka (today Stakhanov, Lugansk region) in the family of a public servant. Her father, Nikolai Ivanovich Levchenko, in different years was the head of Donugol, headed the Donetsk and Lenin railways, was deputy people's commissar of communications of the USSR, was repressed in 1937 year. The girl graduated from high school 9 classes in the city of Artyomovsk. While still a schoolgirl, Irina learned to shoot a rifle well and knew how to provide first aid to the wounded. Before the war she lived in Moscow.

The girl got into the Red Army in July 1941 of the year. She is a member of the Great Patriotic War since June 1941. In the very first days of the war, the girl turned to the district department of the Red Cross, where she was appointed commander of the sandy squad and identified an observation post (public baths). But such a job Irina seemed too mundane, as she was going to get to the front to save the wounded soldiers.

In July, the first units and formations of the national militia began to form in the capital 1941. At the same time, the rear units of the operating armies required a huge number of tie-ins, paramedics and other specialists. In the summer of 1941, Irina Levchenko arrived at the headquarters of the 28 Army, which at that time was located in the city of Kirov, Smolensk Region, among the sandwiches. The girl began her service as a Red Army soldier in a surgical dressing platoon, then was a medical orderlies officer of the company of the 744 Infantry Regiment, which is part of the 149 Infantry Division. 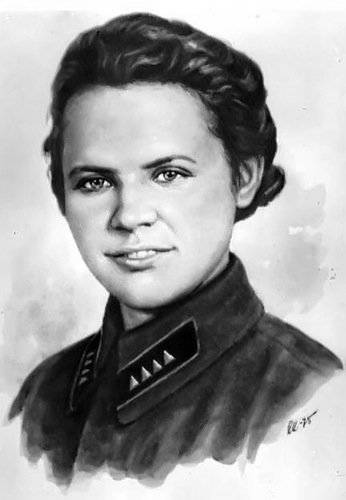 In her 17 years, the girl got into the present inferno, she carried on her fragile shoulders all the summer and autumn of 1941. She participated in the Smolensk defensive battle, took part in the battle for Moscow. In November, 1941, after the resulting contusion and pneumonia, Irina Levchenko was hospitalized. Up to this point, the girl managed to evacuate 100 from the battlefield and provide first aid to wounded soldiers and commanders of the Red Army.

After recovering in January 1942, Irina Levchenko became the sanitary engineer of the battalion of the 39 tank brigade, which fought on the Crimean front. While in the Crimea, only in battles for populated areas, Karpech and Tulumchak (Kerch Peninsula) carried out 28 more wounded soldiers with weapons from the battlefield. In addition, she managed to capture a single prisoner and a Romanian machine gun. By May 1942, the 18-year-old medical instructor took out from the battlefield and rendered first aid to the injured 168. Covering the removal of the wounded, she herself fired from the gun of a light tank T-60. In one of the battles, the tank in which the girl was stationed was hit, she was taken out of her car in an unconscious state, and the girl was immediately sent to the hospital. Then she was awarded the first Order of the Red Star with the phrase "For courage and bravery."

The wound of the girl was severe and very serious, she was evacuated to the hospital. Only by a miracle Irina managed to avoid amputation of her right hand. However, in the end, the injury probably saved her life, since she managed to avoid the catastrophe that befell the entire Crimean front. After the treatment was completed, the medical control commission made its ruthless decision: “Remove from military registration.” Did the doctors then think that just a few months later Irina Levchenko would not only remain in the army, but also become a tankman! ..

Irina Levchenko firmly decided to associate her fate with tank forces and achieved her preservation in frames. After numerous requests, the girl managed to meet in person with Lieutenant-General Tank Forces Yakov Fedorenko, who commanded the armored and mechanized forces of the Red Army. He was simply struck by the confidence of a young girl. Jacob Fedorenko knew that during the war, the school’s course was shortened 3 times against the normal timetable, and therefore the training program was very tense. But something very excited him in the urgent request of a young girl foreman. After this meeting, the girl was still enrolled in the Stalingrad Tank School, which was then evacuated to Kurgan. 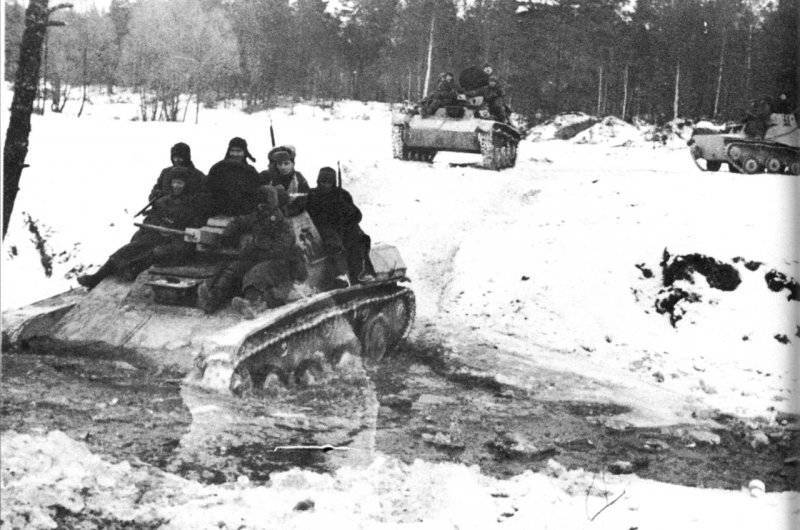 In 1943, Irina Levchenko graduated from the accelerated course of the Stalingrad Tank School and went to the front again. From 1943, she gradually became the commander of a tank, a tank platoon, and then a communications officer of the 41 Guards Tank Brigade of the 7 Mechanized Corps, which operated on the 2 and 3 of the Ukrainian Fronts, commanded a group of light tanks T- 60.

Irina Levchenko took part in the storming of Smolensk, the very city from which the frontline life of the Great Patriotic War began for her and from which she evacuated the wounded as early as 1941. In the battles for Smolensk, the girl was again wounded, but again did not leave military service. In August, 1944, the battles along the Prut River, Irina Levchenko, wrote down about 50 destroyed and captured German soldiers and officers on her combat score. For the organization of a breakthrough through enemy military formations and the organization of communications with parts of the 2 of the Ukrainian Front, she was presented to the second order of the Red Star. She also took part in the battles for the liberation of the Carpathians, Romania, Bulgaria, Hungary, Germany. War Levchenko ended near Berlin.

After the war, the girl was not going to part with the military service. From 1945, she was an adjutant of the Main Directorate of Formation and Combat Training of the Armored and Mechanized Troops of the Red Army. In 1952, Irina Levchenko successfully graduated from the Military Academy of Armored and Mechanized Forces named after IV Stalin. In 1955, she graduated from the M. Frunze Military Academy. From 1958, Irina Levchenko Guard Lieutenant Colonel in Retirement.

At the beginning of 1950's, Levchenko began to engage in literary activities. In 1952, her debut work, A Tale of the War Years, was published in Znamya magazine, which, from 1952 to 1965, the year 8 was published in a separate edition of half a million copies. Having completed military service, she continued her work in the field of literature. Mainly in her works the fate of women in the war was revealed: “Daughter of the commander” (1955), “Immortality” (1960), “Happy” (1964) and “Mistress of the tank” (1964). But she did not bypass the heroes of peaceful labor: “In a short train” (1958, about Soviet doctors), “Without a return ticket” (1962, about virgin Komsomol members), etc. 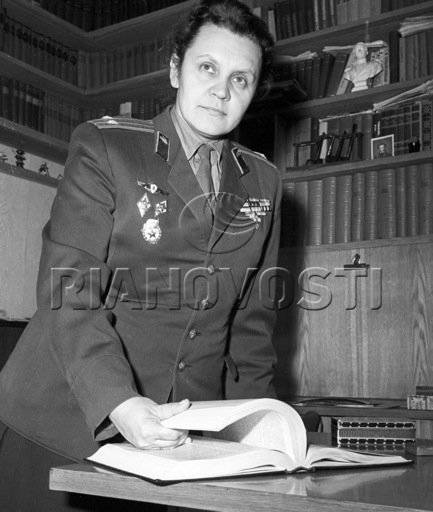 In 1961, Irina Levchenko became the first woman in the Soviet Union who was awarded the Florence Nightingale Medal. She received this high award from the International Committee of the Red Cross. This medal is awarded to nurses for courage in assisting the wounded and sick in both wartime and peacetime and exceptional dedication to their cause. In addition, Irina Levchenko was awarded the medal "Fighter against Fascism" and "20 years of the Bulgarian People's Army." In 1965, Irina Levchenko became the Hero of the Soviet Union. According to the Decree of the USSR Armed Forces 6 in May 1965, for exemplary performance of the command’s combat tasks and the courage and bravery shown to the guard lieutenant colonel of the reserve armies Irina Nikolaevna Levchenko was awarded the title of Hero of the Soviet Union with the award of the Order of Lenin and the Gold Star medal.

Unfortunately, the life of Irina Levchenko was cut off pretty early. She passed away in Moscow on 18 on January 1973, at the age of 48. Most likely, her injuries suffered during the Great Patriotic War negatively affected her health. She was buried at the Novodevichy cemetery in Moscow. He is an honorary citizen of the city of Artyomovsk. In Moscow, one of the streets of the city was named in her honor. A memorial plaque dedicated to Irina Levchenko was also installed in Moscow on one of the facades of the “House on the Embankment”.