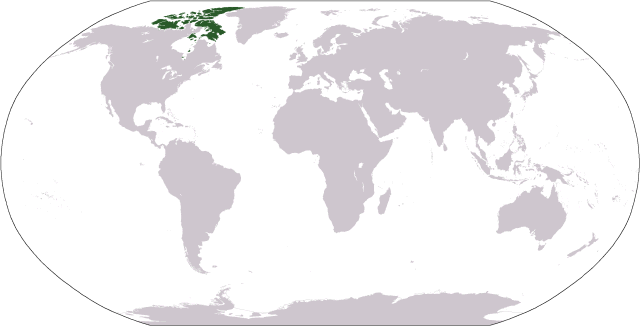 Late last week, current Canadian Prime Minister Stephen Harper spent the whole day 4 in the Canadian Arctic. The overflight of the Canadian military bases in the northern provinces of Nunavut, Yukon and the Northwest Territories became traditional for the prime minister during the years of his rule (in power since February 2006 of the year). Stephen Harper has already visited Canada's Arctic possessions on 6. The Canadian Prime Minister himself has repeatedly noted that his visits are taking place within the framework of the implementation of the so-called. "Northern strategy". Canada’s northern strategy includes an increase in the military presence in the Arctic, socio-economic development and environmental protection in the polar latitudes. In fact, Moscow’s articulated plans for the Arctic include the same points.


The military component of Ottawa was clearly in a priority place. Barely arrived in the Arctic, Stephen Harper became an observer of military exercises in which land forces, the Navy and the Air Force took part. Although military maneuvers are held for the 5 time, they have not yet taken such a scale. Speaking to the Canadian military, the prime minister said that an increase in the military presence in the Arctic is essential to protect the national interests of the state. However, Harper also did not forget about the economic interests, looking at the gold mine launched a year ago.

It should be noted that strengthening the Canadian presence in the Arctic was originally the basis of Harper’s policy. As part of its northern strategy, the prime minister planned to establish 2 new naval bases, modernize the 2 already in place, and build and build a heavy icebreaker 3. The onset of the global financial and economic crisis slowed down the implementation of these ambitious plans, but did not lead to a complete rejection of them. From whom Ottawa intends to defend itself in the north - it is not difficult to guess. Other countries having access to the Arctic - the United States, Denmark and Norway are its allies in the North Atlantic Alliance. Only the Russian Federation remains.

Here's how, for example, Canadian Prime Minister 2 reacted a year ago to the appearance in neutral waters near the Canadian state of the Russian strategic bomber Tu-95: "I have repeatedly expressed the deep concern of our government caused by Russia's increasingly aggressive actions around the world and in our air force space. " Canada will defend its airspace and respond to every call when "Russians encroach on Canada’s sovereignty," the Prime Minister said. Very frankly, said the leader of Canada.

The authorities of Canada louder than other competitors of Russia dispute the Russian identity of the submarine ridge to them. Lomonosov. The meaning is clear. If Russia proves that the Lomonosov Ridge is a continuation of the continental shelf of Siberia, the Russian Federation will stake a large part of the shelves of the Arctic Ocean, along with the richest hydrocarbon deposits. In 2010, Canadian Foreign Minister Lawrence Cannon openly announced this during his visit to Russia.

Stephen Harper preferred to speak not only about pure geopolitics or economics, but also about “freedom and democracy”. According to the Canadian Prime Minister, the geopolitical importance of the Arctic region and the interests of the Canadian state have never been greater there than in the current period. “That's why our government voiced an ambitious“ northern course, ”based on the timeless responsibility placed on our state, to keep the true North strong and free,” the Canadian prime minister said. Apparently, for the sake of preserving the “freedom of the North”, the Canadian military machine is being strengthened in the north, closer to our borders.

The prime minister and local media are pushing for the strengthening of Canadian military forces in the North. Perhaps, Canada would prefer that the Northwest Passage still remain a quiet backwater, as this will help preserve the fragile ecosystems of the Arctic zone and the traditional way of life of the Eskimos. “However, if Canadians still support the sustainable development of the North and the creation of jobs for northerners, they may miss their chance,” said one of the main Canadian newspapers, The Globe and Mail.

The rationale for the need for vigorous activity, the publication sees in the melting ice of the Arctic Ocean. As reported by the UN expert commission, the ice is melting faster than previously thought. According to new forecasts, the ocean will be completely free in 30-40 in summer, and the Northwest Passage can be freed in 20 in years. Changing ice conditions makes the Northwest Passage a new route for merchant shipping, the publication says.

More frankly expressed the publication of the Toronto Sun. "Premier Harper ... should speak harshly to any countries that believe" that they can control our activities in the Arctic region. Since it is in the Canadian part of the Arctic, 25% of the still unexplored world hydrocarbon reserves lie. “This is a real gold mine,” Canadian journalists say. 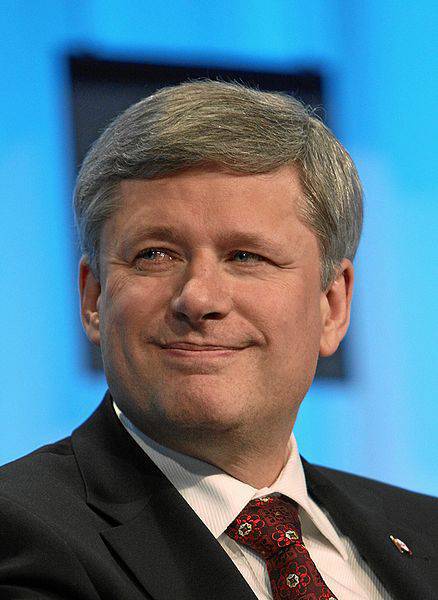 According to the publication, Canada should "talk hard" Russia and China, who are building new icebreakers, as "pickups." “It’s time to add words to deeds,” reported Canadian journalists. Canadian Prime Minister "must uphold the irrefutable fact that the Great White North is ours. This is a ticket to the future for Canada, for our children and for our children’s children. And this should be the number one priority," the Canadian edition demands.

In July, the Toronto Sun simply intimidated Canadian citizens with a “Russian threat”. "Russians are coming! Russians are coming!". It was about news from Russia - the military announced plans to create two "Arctic Brigades". “Canada is not going to lay out a carpet for them,” the Canadian publication warned. This was followed by real wartime rhetoric. “What is ours is ours, and we make it clear. We will not retreat. " We should not limit ourselves only to military exercises, we must strengthen our presence in the Arctic, and demonstrate to the Russians that their plan will meet resistance. According to Canadian journalists, the "misfortune" that determine the legality of the Arctic claims of the Arctic countries will be the UN. And Canada "rightly does not take the UN seriously." In fact, the newspaper urges official Ottawa to spit on international law, since the UN interferes with Canadian geopolitical and economic interests.

In turn, another edition of Global Research directly reports on the "Russian trace" in the military maneuvers of the Canadian armed forces in the north of the state. According to the publication, the Russian Federation is doing what any other normal country would do in its place, it protects its national, economic interests. And “Last Year's“ Operation Nanook ”was conducted as a direct response to renewed Russian claims in the Arctic Ocean.” It should be noted that for the first time the military of other NATO countries - the United States and Denmark - took part in these exercises.

In addition to voiced military activities, Canadian naval forces intend to buy up to eight (8) patrol ships with a special reinforced hull, which will be able to perform the tasks of patrolling, controlling navigation, conducting search and rescue operations, and protecting the environment in the exclusive economic zone. Canada and in the Arctic. Therefore, in addition to 3,3 billion dollars, which are necessary for the construction of ships, the Canadian Navy will need another 4,5 billion dollars to ensure their normal functioning during the 25-year operation period. In Ottawa, it is believed that the purchase and deployment of patrol ships will allow the Canadian state to protect its strategic interests in the Arctic zone, in conditions of constantly growing competition for natural resources in this region.

As Canadian military plan, the patrol ships will be built at Canadian shipyards, when the work on the initial design stage is completed. The duration of the preliminary stage is estimated at 2 of the year. The first ships should enter combat formation already in 2014 year. The new Canadian Navy ships will be equipped with modern weapons systems and will be able to effectively patrol the Arctic region even if there is a dense ice sheet. In 2010, due to the difficult financial and economic situation, the Canadian government considered reducing the number of Arctic patrol ships purchased to six (6) units, and also thinking about replacing 76- and 57-mm weapon systems with 25-mm machine guns. However, as a result, due to the strategic importance of ensuring the interests of the Canadian state in the Arctic zone, a decision was made to implement the naval program in full.

A feature of the development of the Canadian Armed Forces is the fact that Ottawa does not reduce them. So, in June 2008, the First Canadian Defense Strategy was announced. This is the Canadian Armed Forces Development Program for the period from 2008 to 2027. According to this program, during this time, defense spending should increase from $ 18 billion to more than $ 30 billion, and the share of military spending in relation to GDP should increase from 1,5% to 2%. The number of regular forces is planned to increase (!) To 70 thousand, the reserve - up to 30 thousand people. This is somewhat unexpected, since many other Western countries are reducing military spending and the size of their armed forces. Ottawa plans to have, albeit relatively small, but well-armed, trained forces capable of quickly deploying to remote theaters of military operations and conducting military operations there for a rather long time. In addition, the decision to switch to lighter armored vehicles was revised, in this regard, the experience of Afghanistan helped. In 2007, they decided to strengthen the striking power of the AC 100 with new tanks “Leopard 2”, 8 reconnaissance and strike UAVs and 17 MLRS installations.

In addition, it must be said that Canada claims leadership in the Arctic and among NATO countries, not intending to give up its position to the United States. Although, if the plan for the creation of the North American states of America is implemented, where Mexico will enter (where the US intelligence services are already operating like at home), the USA and Canada, all contradictions will be forgotten. And Russia will have to defend its interests in the Arctic, from the new giant.
Ctrl Enter

We are in Yandex Zen
For the "Canadian Army Prize"
The active phase of the "Sea Breeze-2013" exercise has been completed.
11 comments
Information
Dear reader, to leave comments on the publication, you must to register.