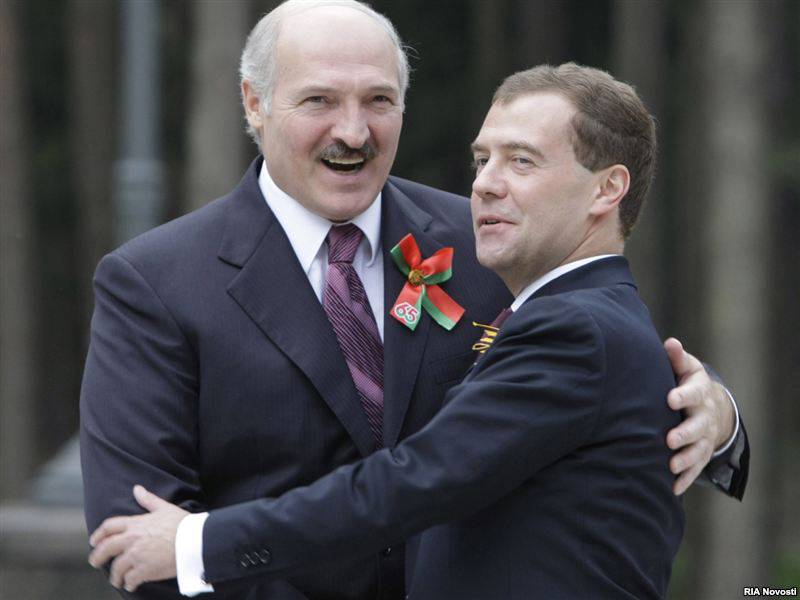 News Agencies say Russia and Belarus seem to be on the path to integration again. At this stage, relations between allied states are really similar to truly breakthrough ones. Some immediately started talking that Russia managed to “pull” Belarus out of the tenacious embrace of the West and wrap it in its arms. Of course, this situation cannot but rejoice, but I would like to touch on the reasons for the unexpectedly “erupted” brotherly love in more detail.

The thing is that the Russian side is collecting lower prices for the supply of gas to Belarus, starting next year. It might look like a sweeping gesture of help from an older brother to a younger one. However, one should not think that the deal is made only for the benefit of Belarus alone. The price discount on Russian gas was linked to the sale to Gazprom of half of the stake in Beltransgaz. This means that now Russia is becoming a serious player in the Belarusian transit market for Russian gas. In other words, the transaction is similar to the way a neighbor sells honey to a neighbor, so that he gives it to the bees to fly quietly through his section. In principle, the deal suits both Russia and Belarus, and if this is indeed the case, then we can only welcome the agreement.

Of course, in both countries there are people who are inclined to criticize the agreement in tatters. Belarusian critics of the agreement say that the Kremlin, together with Gazprom, wants to “chop off” a piece of the entire gas transmission system and impose its own conditions in the future. A rumor is again being circulated in Russia that Lukashenka again imposed its own conditions on the Russian leadership. In principle, the arguments of both sides are not unfounded, but in the end, it turns out that each of the parties made its move with the knight and remains pleased with its actions.

It turns out that the "father" had mercy on unreasonable neighbors and spread his Republic for fraternal cooperation. The irony is due to the fact that all the recent time Mr. Lukashenko threatened the Kremlin to embark on the path of European integration and even on the path of rapprochement with the United States. However, neither Europe nor the United States wanted to integrate with Belarus with joyful shouts, and then, as usual, put up a so-called “democratic account”. Among all other points of this account is the rejection of monopolies in the sphere of the Belarusian economy, free trade with Western countries on terms favorable to the West, and, of course, that same unconditional democracy with the cessation of dispersal of demonstrations and free elections. Such a “bone” to Alexander Grigorievich seemed not at all sweet, and then there were also problems with the national currency, and then there were still sanctions from the United States against several companies in Belarus. And the beloved Belarusian president appealed to all in the direction of Russia, making a flick that, they say, friendship resumes.

The Kremlin did not ignore the friendship, because I realized that this could also be a little extra money. And not often now Alexander Lukashenko is becoming so accommodating.

Citizens of the two states can only hope that the friendship really grows stronger, and is not fueled only by a gas burner and plans for the construction of nuclear power plants. After all, as you know, “give me give” friendship has never been good enough. There is always a mote that will stop the mechanism of pragmatic cooperation. We will expect that not in this case ...

We are in Yandex Zen
Situational analysis of the death of the MH17 flight (Malaysian Boeing 777), made on the basis of engineering analysis from 15.08.2014
Results of the week. “In our cooperative, the board is always agreed”
24 comments
Information
Dear reader, to leave comments on the publication, you must to register.