December 16 2014
79
December 10, Germany hosted the transfer of the first production tank Leopard 2A7. Currently, Krauss-Maffei Wegmann is fulfilling an order for the construction of 20 such armored vehicles. Most of the work on the order has already been completed. The transfer of the last tanks of the series should take place in the near future. It is expected that the implementation of the current and next orders will significantly increase the combat effectiveness of tank units. 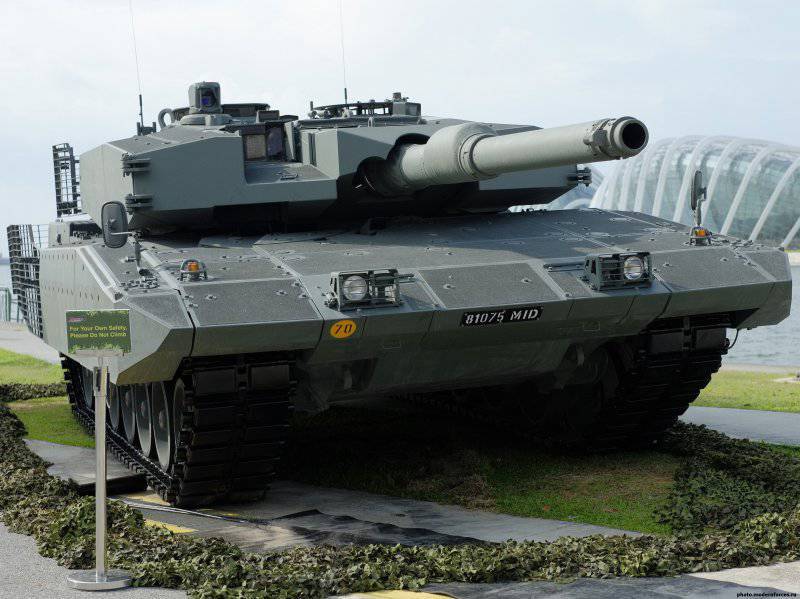 The ceremony of handing over the first tank Leopard 2A7 was held at the Munich plant of the company Krauss-Maffei Wegmann (KMW). The car was personally received by the inspector general of the land forces, Lieutenant General Rainer Korf. The inspector general noted that the troops were more than satisfied with the new tank, and also called the day when the first vehicle of the new modification was handed over to be a good day for the army. So far, the Bundeswehr should receive only two dozen armored vehicles of the new model. In the future we plan to make new orders that will significantly increase the number of such equipment.

In the plans of the German Ministry of Defense there is a re-equipment of all existing Leopard 2A6 tanks before the modification of 2A7. It is noteworthy that the updated tanks now being transmitted are of precisely such "origin". The currently upgraded Leopard 2A7 tanks previously belonged to the 2A6NL modification built for the Netherlands. After the Netherlands abandoned tanks, part of the decommissioned "Leopards" was bought by Canada, which recently transferred several cars to Germany. The latest gear was compensation for Leopard 2A6AM tanks, previously owned by the German army and transferred to the Canadian military.

The main tank Leopard 2A7 (also known as 2A7 +) was created to meet the requirements of modern armed conflicts. Local wars of recent decades have shown that for effective combat work in urban and other specific conditions, tanks should have a number of features that increase their level of protection and other basic characteristics. The Leopard 2A7 project was first introduced in 2010.

Upgraded tanks receive a set of new reservations, providing an increased level of protection against various weapons. Declared vserakurskaya protection against anti-tank grenades common models. The hull and the tower can be equipped with mounted additional booking elements, but the first shown instance of the Leopard 2A7 tank was not equipped with them during the transfer. On the bottom of the car it is proposed to install additional reservations to protect against mines and other explosive devices.

Tank new model saves 120-mm smoothbore gun Rheinmetall Rh 120 with barrel length 55 caliber. During the modernization of the gun gets a full set of electric drives. The latest sub-caliber Rheinmetall DM63 APFSDS-T and programmable high-explosive fragmentation Rheinmetall DM11 are included in the ammunition. Such an upgrade of ammunition, as expected, should expand the capabilities of the tank to destroy armored vehicles or other targets.

Additional armament of the tank Leopard 2A7 consists of one coaxial machine gun caliber 7,62 mm. Earlier it was claimed that the project "2A7" implies the use of a remotely controlled combat module KMW FLW 200, equipped with an 12,7-mm machine gun M2HB. This combat module is designed to monitor the situation near the tank and the destruction of infantry or enemy light equipment approaching it and posing a threat. Nevertheless, for financial reasons, the upgraded tanks have not yet received a combat module. Perhaps these units will be installed later.

An interesting innovation is the auxiliary power unit. This unit is designed to provide energy to all systems of the tank when the main engine is off, which reduces fuel consumption and the overall cost of operating vehicles.

For greater convenience of the crew and to improve the performance of combat missions, the Leopard 2A7 tank is equipped with an upgraded driver's hatch with new surveillance systems, as well as new air conditioning and a number of other equipment. The commander and gunner of the tank have modern sighting equipment, the design of which uses third-generation thermal imagers. It was originally claimed that the commander’s workplace is equipped with a stabilized panoramic sight with a laser range finder, a video camera and an Airbus Defense and Space PERI-17A3 thermal imager. Nevertheless, according to some sources, tanks recently refitted received panoramic sights of a different model. These are older PERI-17A2, equipped with new thermal imagers.

Now KMW is completing the first order for the supply of 20 retrofit tanks. In the future, the German Defense Ministry plans to modernize the entire existing fleet of Leopard 2A6 tanks. The German armed forces in total have approximately 2,3 thousand tanks "Leopard-2" of all modifications. According to the directory The Military Balance 2013, in the German tank units there are 322 tanks of the machine Leopard 2A6. According to more recent German media reports, the number of such equipment is about a hundred less.

Exact volumes and terms of modernization of the existing equipment have not yet been announced. Probably, the army will receive only a few dozen “Leopards” in the 2A7 variant, while other tanks will remain in their current form. The exact number of repaired and upgraded armored vehicles will be determined taking into account the existing financial possibilities. Re-equipment of the entire fleet of Leopard 2A6 tanks may be too expensive for the German armed forces. 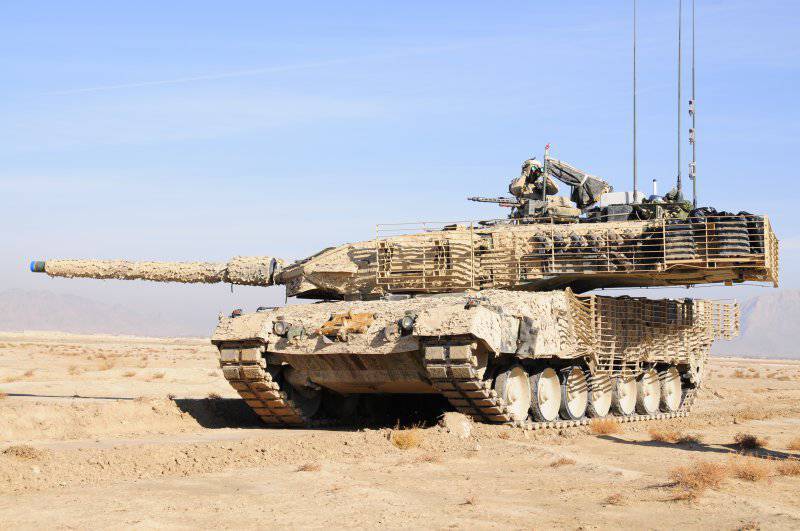 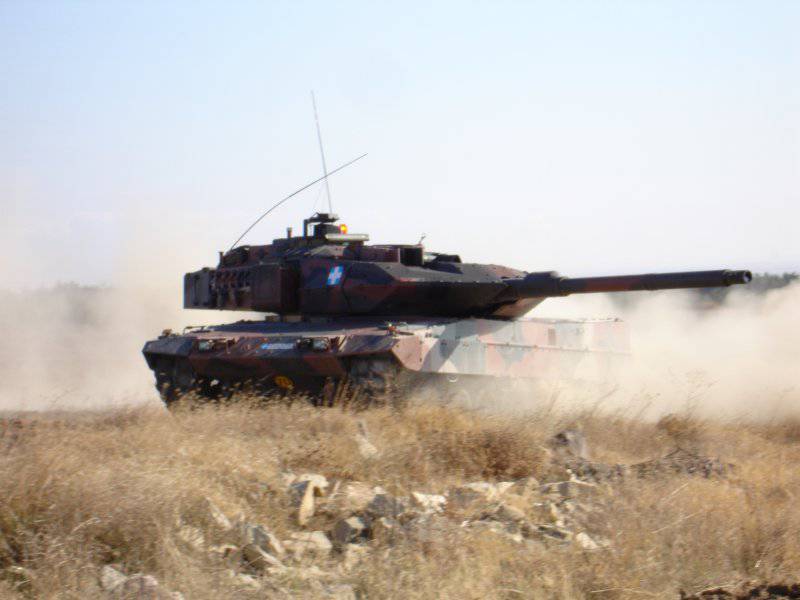 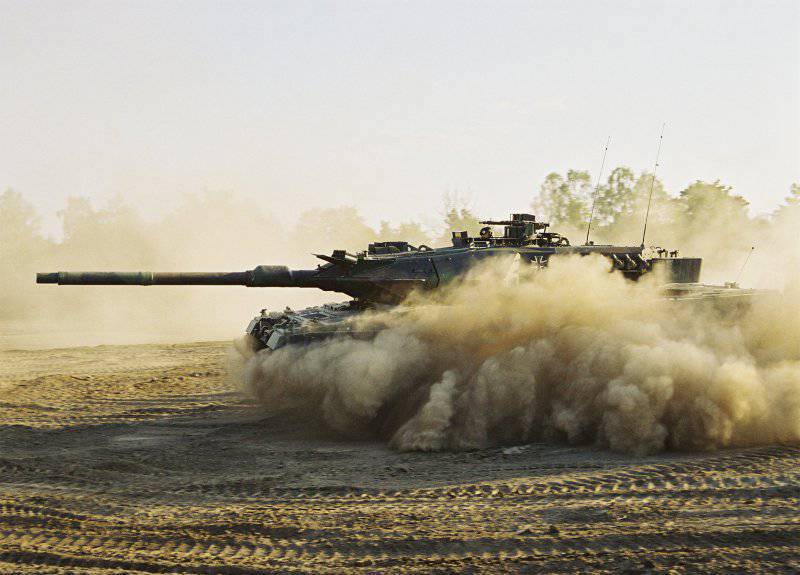