December 12 2014
47
In the evening of November 29, residents of the southern regions of Great Britain and the east coast of the USA heard strange sounds. People heard a series of loud sounds, like shooting or explosions. Soon the Internet recorded a record of this noise made by a resident of London using a mobile phone. The exact causes of the appearance of noise are still unknown, which is why various versions appear. 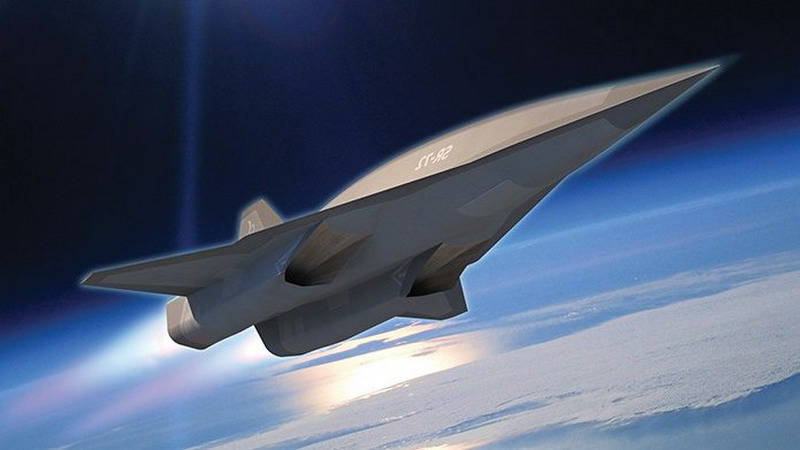 In various publications of the foreign press and numerous discussions, there are various assumptions about the nature of strange noises. A series of sounds could be caused by the destruction of meteors or other natural phenomena. Nevertheless, such versions cannot explain the fact that noises were heard on a fairly large territory, both in Britain and in the USA. In addition, the British heard the noise for a long time: about half an hour. All this is the reason for the emergence of more unusual and interesting versions.

Perhaps the most original assumption about the nature of mysterious sounds is related to promising projects of military equipment. It is assumed that residents of the two countries heard sounds made by a pulsating air-jet engine (PuVRD) of a certain aircraft. Indeed, during operation, such engines produce a very loud noise, consisting of many separate explosions. Therefore, the version of the operation of the PuVRD quickly gained a certain distribution. In addition, in the context of the work of a mysterious engine, the interested public remembered the American secret project Aurora, which for two decades has been exciting the minds of lovers aviation.

Since the early nineties, rumors have been circulating in the United States and other countries about the development of a prospective reconnaissance or strike aircraft, code-named Aurora (Aurora). According to the press and some specialists, the project was so secret that only its name and some basic features became public. However, any official information about the project was not published. Due to the lack of accurate information, interest in the Aurora project gradually fell. Thanks to the latest events of the hypothetical aircraft remembered again.

The first mention of the Aurora project appeared in the spring of 1990. Aviation Week and Space Technology reported that in the 1985 year, the Pentagon allocated about 145 million dollars for the secret production of aircraft. It was noted that the equipment built on this money will be secret and will not be included in the official lists of the air forces and other structures that have their own aircraft. Part of the allocated 145 million was planned to spend on the project "Aurora". According to the magazine, already in 1987, 2,3 was allocated a billion dollars for the Aurora project. Other details of financing and project work were not disclosed.

The absence of any information other than the name and estimated amount of funding led to the emergence of numerous assumptions and versions. The most widespread version of the development of prospective reconnaissance aircraft. For several decades, the Lockheed SR-71 Blackbird reconnaissance aircraft was in service with the US Air Force, capable of flying at speeds up to M = 3,2. The aim of the Aurora project could be the creation of a new aircraft of similar purpose, which has even higher flight characteristics. Soon, various variants of the appearance of a promising aircraft and its possible characteristics appeared.

For obvious reasons, all these versions have not been officially confirmed or refuted. The Pentagon and aircraft building organizations simply deny the existence of the Aurora project. In the mid-nineties, former head of Lockheed and its Skunk Works department, Ben Rich explained the situation. According to him, under the designation Aurora hid some developments on the subject of promising low-profile aircraft. Part of the work on this project was subsequently used to create a new aircraft, including the bomber Northrop Grumman B-2 Spirit. Scout "Aurora", in turn, never existed.

However, the statements of the former head of the aircraft building organization did not suit everyone. Until now, from time to time various publications have appeared, according to which the Aurora aircraft was actually developed and even tested. Recent reports from the UK and the United States have become another reason for such disputes and speculations. 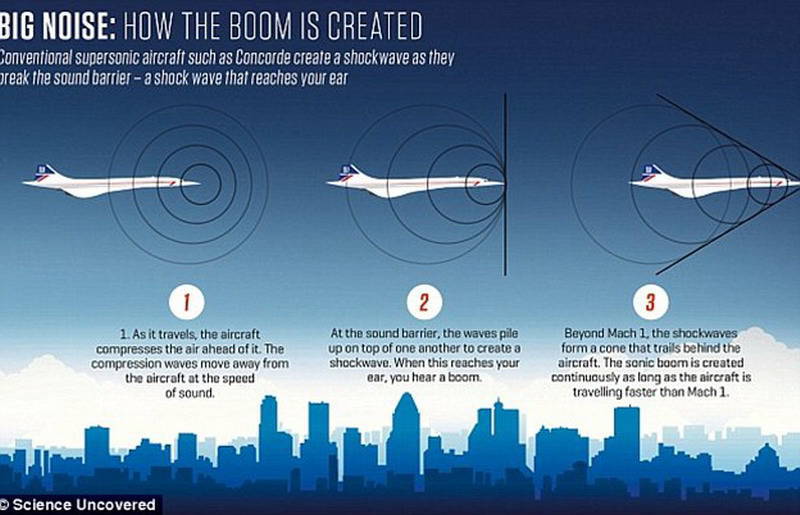 Back in the early nineties, several variants of the proposed technical appearance of the Aurora appeared, which, despite their ambiguous character, are still worth attention. According to one of the options, the prospective reconnaissance aircraft had to reach a speed of at least M = 5, which accordingly affected its design. The aircraft, sometimes referred to as the SR-91, could have a delta wing with a sweep around 75-80 °. The aircraft could have a total length of up to 34-35 m and a wingspan of the order of 18-20 m. The empty and take-off masses of the Aurora could roughly coincide with or differ from the corresponding SR-71 characteristics.

To achieve high airspeed the aircraft required an appropriate power plant. It was assumed that the Aurora could get a combined engine with turbojet and direct-flow circuits. A number of popular schemes depicted an engine with a common air intake and a single nozzle for both circuits. In this case, depending on the mode of operation, these units had to interact with a turbojet engine or ramjet. The first was intended for flying at relatively low speeds, the second for hypersonic flight.

According to different versions, the Aurora aircraft would be able to reach speeds that are 10-15 times the speed of sound. The ceiling could exceed 35-36 km. The range was assumed at a level of several thousand miles with the possibility of increasing due to refueling in flight.

New reconnaissance aircraft could get a number of modern reconnaissance equipment. The reconnaissance complex could include optical observation devices, a radar station and other equipment, including means for transmitting the collected information. The possibility of creating a shock version of the aircraft was not excluded. In this case, the SR-91 could carry air-to-air or air-to-surface missiles. The crew could consist of two people.

It is noteworthy that all options for the possible appearance of the Aurora aircraft involve the use of a once-through jet engine in combination with a turbojet. However, when discussing a recent incident with unidentified noises, a pulsating jet engine is mentioned. This version mismatch puts the latest Aurora discussion in an interesting light.

There are various descriptions and drawings of the hypothetical aircraft "Aurora", but all of them are fantasies of their authors, based on fragmentary information. All confirmed data are limited only by B. Rich's statements on work on the subject of low-profile aircraft.

It should be noted that in the late eighties, Lockheed and Boeing conducted research on the development of promising hypersonic aircraft, including reconnaissance aircraft, capable of replacing existing SR-71. Nevertheless, the ratio of design characteristics, high cost of construction and complexity of operation put an end to these ideas. Later it was decided not to replace the SR-71 with similar equipment and to reconnoiter with the help of satellites or unmanned aerial vehicles. 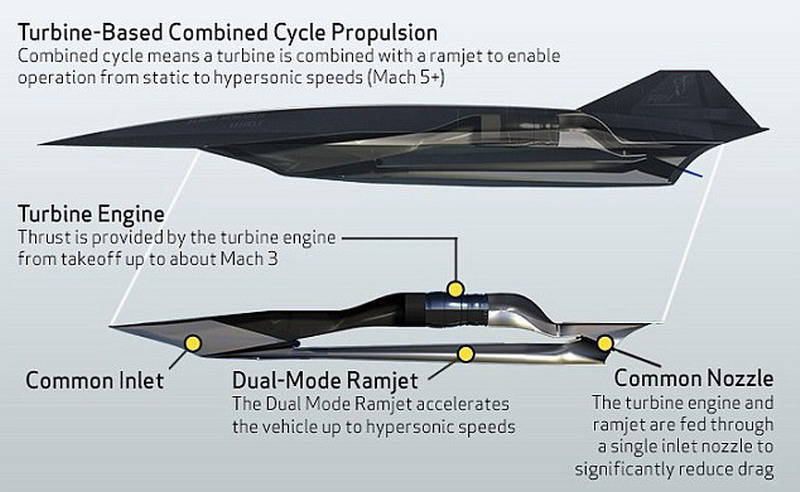 In recent years, the United States has been developing experimental designs for hypersonic aircraft. So, the Falcon and AHW projects have already reached the flight test stage. From time to time, there are reports of new test launches, both successful and unsuccessful. At the same time, the statements of people who allegedly witnessed tests of some mysterious and secret supersonic and hypersonic aircraft regularly appear. In the context of such testimonies, the Aurora project is regularly mentioned.

In late November, the British and Americans heard strange sounds, like shooting or a series of explosions. The nature of this noise has not yet been established. It is possible that the reasons for this unusual phenomenon will not be established, which to some extent will contribute to the emergence and spread of various versions, including those related to certain secret projects. In the discussions of the sounds, they have already recalled the hypothetical Aurora project and other promising developments in the field of hypersonic technology. If the reasons for the appearance of a series of sounds are not exactly established, then we should expect the appearance of a variety of new versions.

Ctrl Enter
Noticed a mistake Highlight text and press. Ctrl + Enter
We are
An-12 in AfghanistanHistory of Soviet Aviation. Polikarpov P-1 - the first serial Soviet aircraft
47 comments
Information
Dear reader, to leave comments on the publication, you must to register.