Symbols of valor in the Caucasus in the XIX century 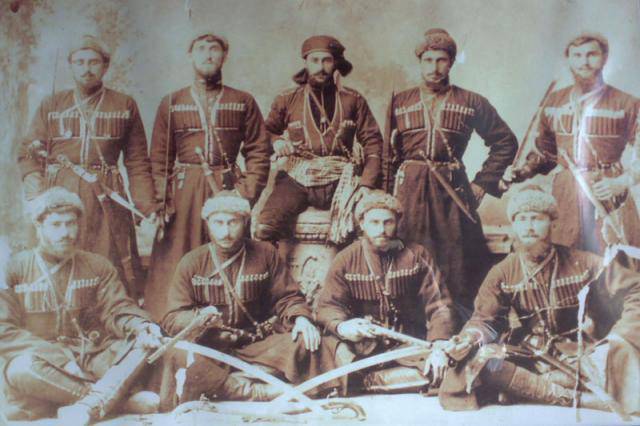 As early as the middle of the 19th century, a Georgian or Lezghian youth was considered the best hand of a man from a neighboring tribe to be the best wedding gift for a bride. And the villages in the Caucasus then organized the competition: who will kill more severed hands on a church or a mosque. These observations are written by the French writer Dumas, who made an ethnographic trip to the Caucasus.

Alexander Dumas published his notes on participation in the ethnographic expedition to the Caucasus immediately after returning from there to France - in the spring of 1859. In 1860-61, these notes were translated in Russia - but only partially, by censoring the most unpleasant episodes for the tsarist regime. Since then, in Russia, this diary of Dumas about visiting in the Caucasus has not been published at all (even in cut form). Only after 150 years, their full version is published now in the stotomnik Dumas. In the September issue of the Vokrug Sveta journal, a part of the new translation of Dumas is published (this text will appear on the journal website in November). The Interpreter's Blog cites the observations of the French writer that impressed us the most.

“Colonel Karganov took over the command of the expedition and, continuing it, took Dido (Lezgin village) with a bout and wiped it off the face of the earth. All the inhabitants of the village, about a thousand people, were brought to submission.

The fourth figure (in the album of Prince Dondukov’s adjutant) depicted the Lezgi gates decorated with severed hands; the hands were nailed, just as the paws of wolves are nailed to the gates of our farms (to frighten other wolves). Severed hands do not decompose for a long time and remain, so to speak, alive in appearance due to some kind of composition in which they are pre-cooked. This gate in Dido was decorated with fifteen hands. Other Lezgins, more pious, nail them to the walls of mosques. In Dido Mosque there were about 200 hands.

However, such Christian people as Tushins, deadly enemies of Lezgins and in general all the Mohammedans, who provide immense services to the Russians on their military expeditions, have, with all their Christian virtues, the same custom: as many enemies capture Tushins, they cut off their hands.

During one hike at one of the tushin (named Shete) his son died from his wounds. When the son died, the father took the body, undressed it and put it on the table. 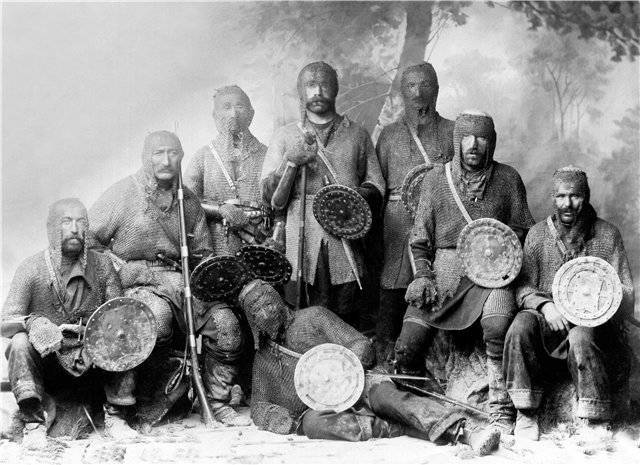 He then made 75 notches on the wall, then he split his son's body into 75 parts - according to the number of relatives and friends who could wear weapon.

- What are you doing? - asked the colonel, seeing him for this terrible work.

“I want to revenge Grigory,” he answered, “and in a month I will get as many Lezgin hands as I send out pieces of his body.”

Indeed, he received from his relatives and friends 75 his hands, to which he also added 15, which he himself had obtained. In total, this amounted to 90 hands. Gregory was avenged.

A tushin fell in love with a girl from the village of Tiarmet and wooed her.

- How many lezgin hands can you bring me to the dowry? - asked his girlfriend.

Young tushin retired ashamed: he had never fought. Having come to Shete, he told him about his misfortune.

“First ask the one you love how many hands she wants,” Shete told him.

“At least three,” said the girl.

Tushin gave her answer to Shete.

“Come with me on the next trip,” Shete offered him.

They went on a hike and in two weeks returned with a dozen hands: Shete chopped off seven, and the lover - five. The guy brought two hands more than he asked, but because the wedding was celebrated with great pomp.

Among the hands, obtained by Shete, there was one child.

What kind of bloodthirsty beasts are such people! ” 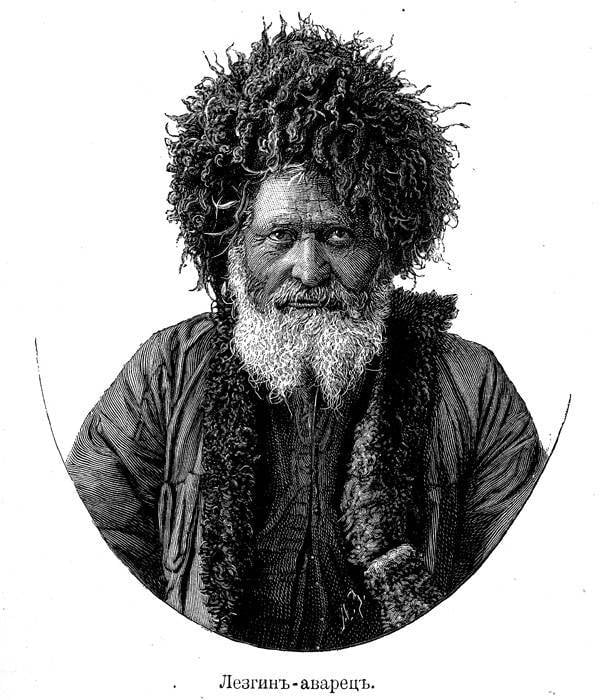 Today, the custom to cut off the hands of people remained in the wildest corners of the world. So, in Iran, cut off the hand for theft. And in Somalia, sometimes legs are cut off besides hands. For example, in 2009, in Somalia, an Islamic court in Kismayo sentenced three thieves convicted of stealing from a truck to chopping off arms and legs. Two criminals were cut off by the arm and leg, and the third one, whose arm was already crippled, only the leg. The verdict was carried out by heifers, machetes, publicly, in the town square with a large gathering of people.

However, Chechen separatists assured that the practice of cutting off hands to people is now practiced by soldiers of the Russian army. This is indicated in the countless complaints of Chechens in human rights organizations and claims to the European Court of Human Rights. Here are a couple of typical samples of such a complaint:

“A) When I said that I did not know anyone, then they brought an ax and began to chop off the hands and ears of the bodies to look at my reaction. Then they took me to an empty building, an abandoned stall. They said that I had callused hands because I was carrying a weapon, they said that I participated in fights. I told them that I only work in my garden. They made me put my hands on the table and beat me with a baton on my fingers.

B) There was Alkhazur, 25-years, from the family of my husband and Sheik Ahmed, 27-years, our neighbor. [It was the same Shake Ahmed to whom the soldiers chopped off his fingers and ears in the repair shop]. When the snow melted, we found 5 partially burnt bodies. Apparently they were tortured. They had their ears and other parts of the body cut off. Among these bodies, we were able to identify the body of my nephew Idris. ” 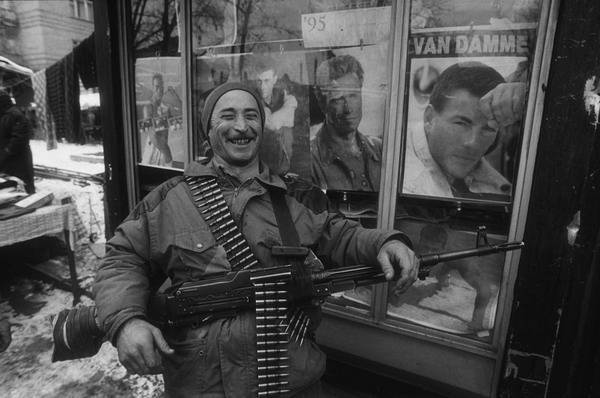 However, savagery and a return to the tribal order is now peculiar to Russian politics at the highest levels in Moscow. We can give an example of how the fingers of the son of the leader of the Yabloko party, Grigory Yavlinsky, were chopped off; he himself recalls this in one interview:

“- One oligarch told me in great secrecy that your son, who played the piano on his son, was allegedly cut off his fingers - is that true?

- No, this is just one of the episodes when they tried to crush me. Well, what else is there to discuss? It was such a time ...

- Sorry, I'll ask you a question that you can not answer. Is your son kidnapped or ...? How did this even happen?

- No need for this - I can only say that it happened during the day at the MSU hostel. He graduated from university, he was 23 of the year ... Well, that's all!

- Who specifically, did not know, but approximately understood what kind of power it was and from which side one could expect such meanness.

“Did you send both sons to London after that?”

- Are they still there?

It is quite possible that some representative of the “political force” of that time still keeps these fingers nailed in a visible place in his home.