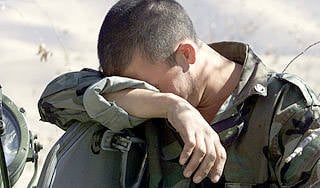 High-profile cases quite often shake the current Russian army. This can be due to corruption scandals, hazing, desertion or evasion of conscripts from serving conscription. And here is a new round of the so-called military affair, which could simply be lost among folders with similar cases, if not for its unexpected continuation.


Recall that more than 10 years ago, one of the servicemen, who was serving in the Saratov region, received the opportunity to visit relatives. However, the soldiers did not return to their military unit. For obvious reasons, the command declared the conscript on the wanted list, announcing the fact of desertion. For a number of years, no trace of Andrei Popov, namely the name of the soldier, was found. Relatives of the soldier constantly received angry letters from the military unit where Andrei was serving, demanding that they stop covering him and extradite him to justice. The relatives only made a helpless gesture and declared that they, too, would like to know where Andrei Popov was missing. It came to the point that a letter came to the soldier’s home with information about the discovery of the corpse of Citizen Popov, which is allegedly confirmed by the examination. After this, parents stopped waiting for their son to go home.

And so the same continuation stories: in mid-August, 2011, Andrei Popov, suddenly appears at home in the city of Yershov, Saratov Region, and announces that all this time he was in Dagestan as a real slave. At the same time, the appearance of Andrei frightened even his relatives: not the smiling boy, whom they remember, but the exhausted and aged man returned to them. Numerous scars on his face, lack of teeth and thinness emphasized that all this time the young man lived in conditions far from normal.

However, neither the words of Andrei Popov nor his appearance prevented the local prosecutor's office from imprisoning the fighter who had appeared. Legally, it was absolutely justified, because Andrei all this time was listed as deserters, but from the point of view of humanity, it looks more like the Middle Ages, which suddenly manifested itself in our days. Under pressure from the public, Andrei Popov decided to release from custody and send "to serve" in the local military unit. And despite the fact that the age of the soldier has already managed to go beyond the draft. Today, Andrei is already 30 years old! But even such a humiliating situation does not upset Andrew. According to him, being in parts is a real paradise in comparison with what he had to endure in Dagestan slavery. He says that during 10 years he was used as a worker of one of the brick factories of the Republic. At the same time, he was not given any remuneration for his work, he had to work 14 hours a day, and sleep on the concrete floor, on which dirty rags were drafted. Andrei declares that he himself cannot say exactly how he ended up in Dagestan. The last thing he remembers, before he got to the brick factory, was a trip with a group of fellow travelers in the direction of the military unit after visiting the house. If he is telling the truth, then we can assume that these companions, having given the young man some potion, delivered him to Dagestan and handed him over to the immediate "slave owners."

The situation with Andrei Popov could be called a case of blatant bureaucracy and the irresponsibility of military officials and prosecutors. To justify themselves, they say that they simply do not have the right to stop a criminal case instituted against a young man. Indeed, in recent years there have been too many so-called fictitious disappearances of soldiers. Many conscripts create a whole story for themselves so that after the unauthorized abandonment of a part they can be presented as an alibi. It got to the point that many soldiers allegedly fell into captivity, from which they miraculously fled a few years later. However, many such cases are real criminal cases.

In the case of Andrei Popov there is a big check of the collected materials. Investigators are trying to establish the plant, which contained Andrew as a slave. There is an active search for the very same fellow travelers Andrei who could have brought him there, and an examination of the state of health of the young man is underway.

But with all due respect to the law, you never cease to be surprised how “crooked” our legislation is. Often, officials say that at one time the Stalinist methods led to the fact that the Red Army soldiers returning from captivity went straight to the Soviet camps. Like, well, that with Stalinism is finished completely and irrevocably. And here is a vivid episode, which, in principle, is no different from a post-war situation. A man who has spent a third of his life in real slavery, is already taking “his own” behind bars. What is this if not the reincarnation of "Stalin's foundations" in the 21st century? And even the phrase “trust, but verify!” Looks in this case truly inhuman.

We are in Yandex Zen
About Stalin and Khrushchev
What you didn't want to know about England
44 comments
Information
Dear reader, to leave comments on the publication, you must to register.