Mavro Orbini on the "Slavic Kingdom" 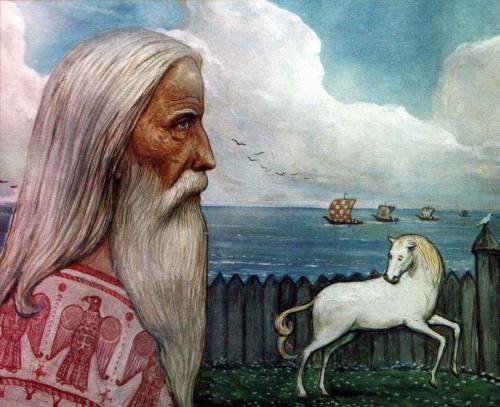 Confirmation of allegations that история Europe was rewritten in the interests of the Vatican and the ruling Romano-Germanic elites is the work of the Dalmatian historian Mavro Orbini (1563 (?) - 1610) "Slavic Kingdom". Orbini was a native of Dubrovnik, and became a monk of the Order of the Benedictines. People loved and respected him for wisdom, diligence, kindness, composure and self-discipline.


At that time, for the minded people of the Slavic Dubrovnik, one of the topical issues was the sad state of the Slavic world. Many peoples lost their independence, lost their originality. Following the dictates of his heart, Mavro Orbini decided to devote his life to creating an encyclopedic work dedicated to the history of the Slavic clan. He rummaged through the mass of sources that existed at that time in monasteries and temples (the Catholic Church at that time was the guardian of culture in Europe, retaining in its depths a part of the previous culture). Many materials were found in Italian libraries, including the famous library of the Duke of Urbinsky (its founder was the Duke Federigo dei Montefeltro), which was considered at that time one of the greatest repositories of documents and books. Hundreds of Latin, Greek, and Jewish sources were kept in a special building. After the death of Orbini, part of this library was lost, part of it fell into the archives of the Vatican.

His works were not in vain, he found a lot of references to the Slavs, which are currently unknown to a wide circle of Russians, Slavs of the world. So, he included direct and indirect quotations about 330 works in his work - he mentions more than 280 himself (in the preliminary list of work), about 50 can be found in the text. An interesting moment of danger for the Vatican, behind the scenes of that time is the fact that Orbini’s work, two years after its publication, was included in the Index of forbidden books.

But the work did not sink into oblivion, a hundred years later a diplomat from Dubrovnik in the service of Peter the Great, Savva Raguzinsky-Vladislavich (he is also known to have brought a copy of the “Slavic kingdom” to Peter I in Russian 1705). In 1722, This book in abbreviated form, in the translation of Sawa, was published in Petersburg. Monk Paisy Khilendarsky wrote on its basis the famous "Slavic-Bulgarian history." Used the work of Orbini and Vasily Tatishchev. In later times, the work of Mavro Orbini was undeservedly consigned to oblivion. The work of Orbini is important for us because it gives us information about Slavs from sources that are little known or even lost.

In many ways, Orbini’s work confirms the conclusions made by Yu.D. Roosters in the fundamental work "The History of the Rus" and "The Paths of the Gods". He believed that the Proto-Indo-Europeans, the Indo-Europeans are the Ruses, the Proto-Aryans. The modern Russian people are their direct continuation, evidence of which can be found in mythology, anthropology, linguistics, toponymy, archeology, DNA genealogy, and other sciences related to history.

According to medieval sources that Mavro Orbini studied (I repeat that some of them are irretrievably lost, while others are stored in the Vatican library), the Slavs fought with almost all the nations of the world. They ruled Asia, North Africa, occupied most of modern Europe. It was they who destroyed the Roman Empire. They entered modern edited history as “Germanic tribes” - Franks, Utes, Angles, Saxons, Vandals, Lombards, Goths, Alans, etc. They founded their kingdoms all over Europe: from North Africa (Vandals, Veneti-Venets) and Spain to British Isles. The Slavs founded almost all the royal and noble families of Europe, for example, the first princely family of modern France - the Merovingian dynasty (founder Prince Merovey). And the Franks-the Wraves themselves are a union of the raven-ravens tribes.

According to Orbini, Scandinavia was also inhabited by Slavs, and the current Swedes, Danes, Norwegians, Icelanders and other “German-Scandinavian peoples” are direct descendants of the Slavs. Their faith in the solar gods was destroyed, the sagas and epics were edited, and in fact, new “literary” languages ​​were invented.

This and other information that the “academic” world of Europe is hiding can be found in the work of Orbini. The reason is clear - geopolitics. The current European elites cannot admit that European history itself, up to the 10-12 centuries, is the history of the Slavs and their wars. The current countries of Scandinavia, Austria, Germany, Italy, France, England were founded by the Rus-Slavs, the Slavs who inhabited these lands were destroyed, partially assimilated. This is the largest genocide in human history. Their language, faith destroyed. And the process is not completed, now there is an assimilation of Southern Russia and White Russia - the Russians inhabiting these lands are transformed into Ukrainians and Belarusians, their languages ​​(especially the Little Russian dialect of the single Russian language) are distorted. Russian in the Russian Federation turn into rootless "Russians". There is a war of annihilation against the greatest civilization of the Rus-Slavs.

We are in Yandex Zen
Slavic unity and the Eurasian Union
N.S.Trubetskoy "Russian problem" from the book "The heritage of Genghis Khan"
37 comments
Information
Dear reader, to leave comments on the publication, you must to register.