December 7 2014
246
In Ukraine, they decided to open a criminal case against the head of Chechnya, Ramzan Kadyrov, who gave the order on the eve to deliver Ukrainian deputies to Grozny, including Mosiychuk and Bereza, who expressed words of approval for the actions of the militants who attacked the administrative center of the Chechen Republic. After Kadyrov’s statement, which he published on his Instagram page, a real wave was raised among the Ukrainian “political elites”, which forced not only to open a criminal case against Kadyrov, but also to increase the security of the ukrodeputat men mentioned


The representative of the Security Service of Ukraine Lubkivsky on the social network writes about this:

I inform you that the Security Service of Ukraine opened criminal proceedings on the fact of terrorist threats against the people's deputies of Ukraine from a citizen of the Russian Federation Ramzan Kadyrov, and also took security measures against members of the Ukrainian parliament who were threatened.

That is, outright support of terrorism by Bereza and Mosiychuk didn’t cause any questions to the SBU, and Ramzan Kadyrov’s statements about the need to ask the Nazi scumbags according to the law were disturbed by the SBU. It is not surprising when there are criminals in the power of Ukraine who hide behind the Ukrainian people to carry out their criminal tasks. 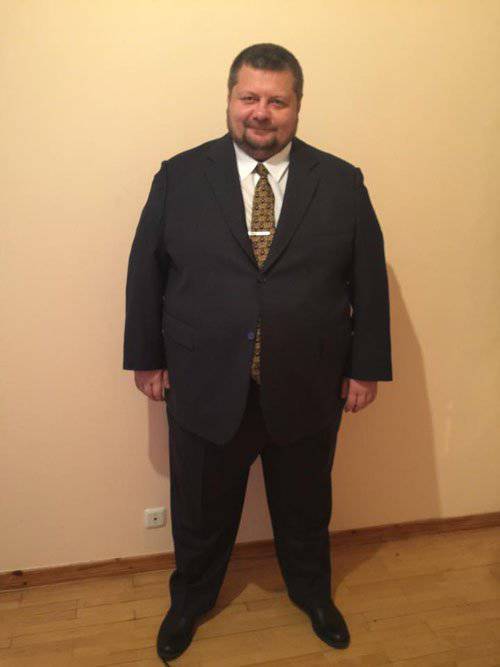 Ramzan Kadyrov’s statements so disturbed the Ukrainian pseudo-authorities that many representatives of these pseudo-authorities began, as they say, to make an elephant out of a fly. For example, the notorious “battalion commander” Semenchenko (he’s also a member of the Rada) said that after Kadyrov’s words, an emergency meeting of the National Security Committee of the Verkhovna Rada should be immediately convened. It is interesting, since when did the security of Mosiychuk officially supporting terrorism suddenly become directly connected with the national security of an entire state? ..

Meanwhile, the deputies of the Verkhovna Rada of Ukraine, whom Kadyrov ordered to deliver to Grozny, demonstrate real hysteria on their social pages. For example, the deputy Levus, who turned out to be on Kadyrov’s list, writes in Facebook the following post, at the end turning exclusively to capital letters (cry for help? ..):

I officially appeal to the Ukrainian law enforcement bodies and the Ministry of Foreign Affairs with a request to detain, interrogate and at least deport (if I am in Ukraine) and close the entrance to our territory to Ramzan Tsitsuyev, the authorized representative of R. Kadyrov in Ukraine. This also applies to Ruslan Baysarov, the “wallet” of R. Kadyrov, the “watching” Crimea. Here, the matter is not only in Kadyrov’s threats to Ukrainian deputies, but primarily in the fact that the Kadyrov’s men are active participants in the occupation of Donbass and Crimea. Kadyrov’s hands are the blood of our heroes. Therefore, it is logical that his proxies have no place in Ukraine. If during the course of these events there are circumstances about the involvement of these persons in crimes against Ukraine (of which I personally have no doubt), I call on law enforcement officers to punish the criminals in accordance with the law. The Ministry of Foreign Affairs of Ukraine to petition the international community for the imposition of sanctions against these individuals and their patron. If there is little public appeal, then in the near future I will file the relevant official requests. LET'S DO IT TOGETHER- MORE COST AND NEWSLETTER IN THE MEDIA - THE RESULT WILL BE FASTER!

This frank demonstration of fear reposted on Facebook Mosiychuk, to which one of the subscribers on the page of Mosiychuk reacted as follows:

A point is a bench press. And, Igor?
Ctrl Enter
Noticed a mistake Highlight text and press. Ctrl + Enter
We are
The action “Military service under the contract is your choice!” In Rostov-on-Don: future contract servicemen, exhibitions and “Russian Knights”The head of Chechnya ordered the delivery to the Chechen Republic of Ukrainian deputies who expressed support for the terrorist attack on Grozny
246 comments
Information
Dear reader, to leave comments on the publication, you must to register.