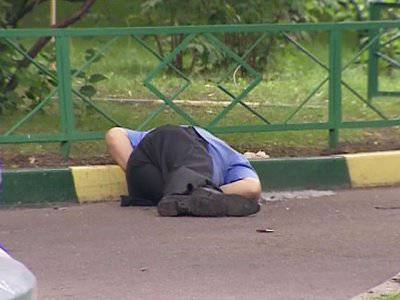 In the case of the high-profile murder of Colonel Yuri Budanov, the accused appeared. The Presnensky Court of Moscow arrested a native of Chechnya, Magomet Suleymanov. The charges are two - "Murder committed by a group of persons by prior conspiracy" and "Illicit trafficking weapons". Former Colonel Yuri Budanov, in 2003, convicted of murdering a Chechen girl, and then released on parole, was shot dead in the capital in early June.


News about the arrest by the Presnensky court of the capital of the suspect in the murder of Colonel Budanov appeared on Friday, quite unexpectedly, on the tapes of news agencies. It was also unexpected because before that there was no information about the detention of any suspects in the case at all.

Now it became known - a native of Chechnya, Magomet Suleymanov, was arrested until he was in custody until October 26. News agencies citing the press secretary of the Presnensky Court, Olga Sutyapova, distributed the following information.

“According to the investigation, in April, Magomet Suleymanov, a native of Chechnya, 1970, born, entered into an agreement with an unidentified person to kill Budanov. They developed a criminal plan, watched Budanov. Suleymanov bought a Mitsubishi Lancer car. - explained the assistant to the chairman of the Presnensky district court of Moscow Olga Sutyapova.

However, the press secretary of the court today refused to comment on the camera.

Former Colonel Budanov was killed on June 10 in the courtyard of the house on Komsomolsky Avenue. Here works a notary, to whom Yuri Budanov with his wife and son came on business. While writing out the paper, he went to smoke. Then the killer approached him and fired several times.

“At first they shot five times, probably. And then bang-bang-bang went. I stooped like that, I thought the guys were shooting firecrackers there. And that's what. When the car went there, there was a woman screaming: help, save,” tells an eyewitness to the murder of Yuri Budanov, Semen.

Eyewitnesses noticed that the killers arrived on a foreign car, Mitsubishi Lancer. She was found later nearby, the salon was burned from the inside, so the criminals tried to hide the traces of the crime. They found a pistol with a silencer in the car.

Immediately after the murder, records of all surveillance cameras located in the courtyard were seized. The first identikit of the killer was compiled four hours later.

The country heard about Yuri Budanov in 2000, when he was accused of kidnapping and murdering a Chechen girl Elsa Kungaeva. The colonel then commanded the 160th Guards tank regiment. He passed the first and second companies, was awarded the Order of Courage.

Budanov himself assured that Elsa Kungaeva was a sniper. The court found the colonel guilty and sentenced him to 10 years in prison. He was deprived of titles and awards. In January, 2009 was released on parole for good behavior. Where he lived after this is unknown, but close friends say that the ex-colonel was afraid for his life and said that he was being followed.

"The investigation has data that the murder was carefully planned. Budanov was most likely followed. And the murder was carried out with thorough preparation," said Vladimir Markin, head of the Media Relations Department of the Investigative Committee of Russia.

According to the Interfax news agency, which refers to a certain law enforcement source, one of the main versions of the murder is revenge for the murder of a Chechen girl. Allegedly, the law enforcement agencies managed to get on the trail of Magomed Suleymanov, thanks to technical means, which made it possible to track phone calls originating from the crime area.

It is still unclear whether Suleymanov was the direct perpetrator of the murder. Perhaps another person shot Budanov. However, it is not clear who detained the suspect, the police or the FSB, where and how it happened.

Naturally, the detention and arrest of Magomet Suleymanov will allow the investigation to make significant progress in investigating the crime. More precisely, it has already allowed: it is unlikely that the suspect would have been taken to court without any evidence. But to talk about the full disclosure of crime, of course, is still premature.

We are in Yandex Zen
Colonel Budanov's murderer cannot be convicted without the help of Chechnya
Killed by colonel Budanov
6 comments
Information
Dear reader, to leave comments on the publication, you must to register.