Livia - "woe to the vanquished" 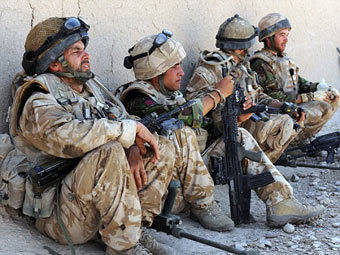 Although the war is still incomplete, you can already draw some conclusions. Events in Libya once again showed the world the aggressiveness, all the cynicism and deceit of the Western world. But it cannot be said that these events are something extraordinary. The method of such actions was perfectly perfected back in Yugoslavia and Iraq. There are no special novelties, besides increasing the influence of social networks at the initial stage. The Internet and cellular communication now allow to bring down the weak modes without more serious actions.


Difficult times await Libya and its citizens, as analysts predicted. They talk about the "Somali" or "Iraqi" scenario. Given the fact that Libya is rich in hydrocarbons, the “Iraqi” scenario is more likely. In Iraq, it is currently possible to distinguish Kurdistan in the north, Sunni land in the west, Shiite formation in the south and east. In the same way, during the war Libya broke up into two parts - Tripolitania and Cyrenaica. The authority of M. Gaddafi held dozens of tribes and clans in the “fist”. Now they are actually out of control of a strong central authority.

These internal divisions played into the hands of western and eastern invaders (Qatar, the UAE, Saudi Arabia, Jordan). They will not allow the citizens of Libya to create a united front of resistance to the interventionists and representatives of the world TNK-TNB. Libya - this is actually the territory, which mastered the winners. You can forget about independence. For the time being, only supporters of Gaddafi can offer some resistance. It is doubtful that if they kill him, the resistance will remain the same scale. Therefore, the invaders and their puppets (the Libyan rebels) attach such great importance to the capture of the Colonel. This is the country of one leader, like Iraq, kill him, and all resistance will collapse, wallow in the clashes between the “warlords”.

And the occupiers will try to ensure that this struggle does not stop, as in Iraq between Sunnis and Shiites. The classic “divide and conquer” principle will be implemented. Just as in Iraq, well-armed and trained fighters of private military companies will be deployed to protect hydrocarbon deposits and pipelines.

The Libyan people will longingly recall the Jamahiriya Gaddafi, the synthesis of the principles of Islam and socialism, which provided them with a very high (especially for Africa) standard of living. They will get a life where the “white gentlemen” and their local puppets will be the masters of everything. Explosions will rattle, inter-tribal conflicts will flare up, Islamic radicals will increase their ranks. They will have to forget forever about the Libyan socialism of Gaddafi, when the revenues from the sale of hydrocarbons are fairly fairly distributed among the citizens, creating a high level of welfare. Poverty and constant strife will dramatically increase the flow of migrants to Europe.

And in many respects, the Libyans themselves will be to blame for this - they relaxed, they lived well, they gave a handful of liberal intelligentsia, Islamic radicals and monarchists to kill their country, on whom the West relied to conquer this territory. In some ways, this scenario also resembles the death of the USSR, when its citizens virtually silently surrendered their country to a handful of conscious destroyers and a crowd of fools who wanted to live like “over the hill”.

We are in Yandex Zen
Israel-Kurdistan: New Middle Eastern Alliance
What you didn't want to know about England
15 comments
Information
Dear reader, to leave comments on the publication, you must to register.