December 4 2014
42
The statement of Dmitry Rogozin at the very beginning of December on the planned withdrawal from the ISS project almost coincided with the statement of the Russian President on the termination of the South Stream project, therefore it was much less noticeable. Although in fairness it should be noted that Rogozin’s rhetoric on this issue has remained unchanged since May 2014: the vice-premier of the Russian government has previously stated that Russia intends to withdraw from the project of the International Space Station. And the first prerequisites for such a development of events appeared even before the new period of confrontation between Russia and the West and mutual sanctions. For the first time, the possible withdrawal of the Russian Federation from the ISS project was started in 2012 year.


For the first time, such statements were made at the Farnborough International Exhibition in 2012. The then head of Roscosmos, Vladimir Popovkin hinted at Russia's withdrawal from the ISS project. According to him, the Russian Federation is not only ready to build its own orbital station at the technical level, but is also developing a number of new modules for the ISS, which in the future can be used as basic units for the future generation of manned orbital stations.

“The question of the prospects of manned space flight is no longer a question of the industry, but of political decisions,” the TV channel Zvezda cites Dmitry Rogozin. The Russian Deputy Prime Minister, who oversees the military-industrial complex, noted that Russia is not going to extend its participation in the ISS project in the period from 2020 to 2024, as the American side had previously suggested. Currently, the Federal Space Agency is already instructed to submit its justification for the deployment of the Russian space station and submit them to the Russian government for consideration. If all goes well, work on the deployment of the station can begin in 2017. 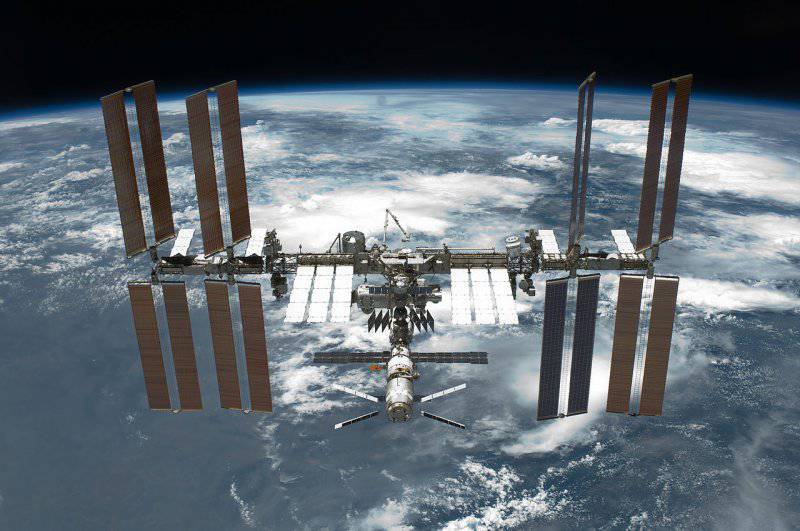 In this decision, there is more politics, which was stated by Rogozin, who considers the ISS as a “past stage”. In many ways, this was facilitated by the aggravation of relations between Moscow and the West, the introduction of mutual political and trade sanctions. It was politics that became one of the weighty reasons for the isolation of Russian manned cosmonautics. Roscosmos noted that in cooperation with countries that are currently operating the ISS, a special working group was set up according to the recommendations of Russia. This group is faced with the task of determining the future fate of the ISS and establishing a timeline for decommissioning this station. Roscosmos has already agreed with NASA that it will present its position on this issue by the end of 2014. In particular, the project of creating several small orbital stations, which will solve specific tasks in near-earth orbit, as well as international stations that can be placed at equilibrium points between the Moon and the Earth or from the back of our natural satellite, is being considered.

In the MKS program, our country has been participating since 1998. Today, Roskosmos spends 6 times less on maintenance of the station than NASA (only in 2013, America spent about 3 billion dollars to the station), although the Russian Federation has the right to half of the orbital station crew. At the same time, in May 2014, Rogozin said that Roskosmos spends about 30% of its budget funds to participate in this international project. These funds could be used for other purposes. 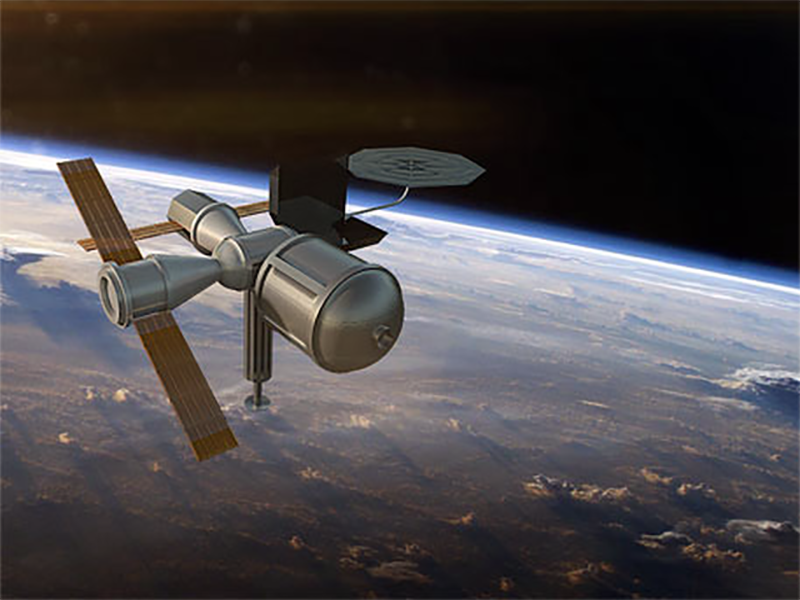 3D-graphics of the approximate appearance of the Russian station to 2030 year, TC "Zvezda"

It has already been suggested that the Russian station could include modules from the Russian segment of the ISS. At the same time, experts noted that the original configuration of the new station could be built on the basis of a multipurpose laboratory and node modules, the Oka-T spacecraft and the Progress-SM and Soyuz-SM spacecraft. As representatives of the industry told the Russian TV channel Zvezda, Oka-T is a fully autonomous technology module. Its development is carried out by RSC Energia specialists. According to the terms of reference, this module will consist of a scientific laboratory, an airtight compartment, a lock chamber, a docking station, as well as an unpressurized compartment in which it will be possible to carry out experiments in open space.

It is reported that the pledged mass of scientific equipment on board will be approximately 850 kg, it will be located both inside the module and on its surface. The battery life of Oki-T is estimated in the period from 90 to 180 days. After the expiration of this period, the module will have to dock with the main station or spacecraft for refueling, maintenance of scientific equipment and other operations. The first flight will have to be completed at the end of 2018. In general, Russia will be able to get a full-fledged analogue of the ISS, the whole question is whether it needs it. So earlier it was announced about a very expensive lunar program of Russia, the estimated cost of which is about 2,46 trillion rubles. Experts disagree about the need for an own space station.

Igor Korotchenko, editor-in-chief of the National Defense magazine, in an interview with the Free Press, noted that he had no doubts about the need to deploy a Russian station in orbit. However, he gave some clarifications about the characteristics of the station. Russian media reported that the inclination angle of the station’s orbit would increase the visibility of the territory of Russia to 90%. “Frankly speaking, it is not quite clear what exactly is meant. The ISS also rotates around our planet at a speed of 8 km / s, flying through the territory of Russia and the entire globe. From the fully Russian station there will be the same review, ”noted Igor Korotchenko. 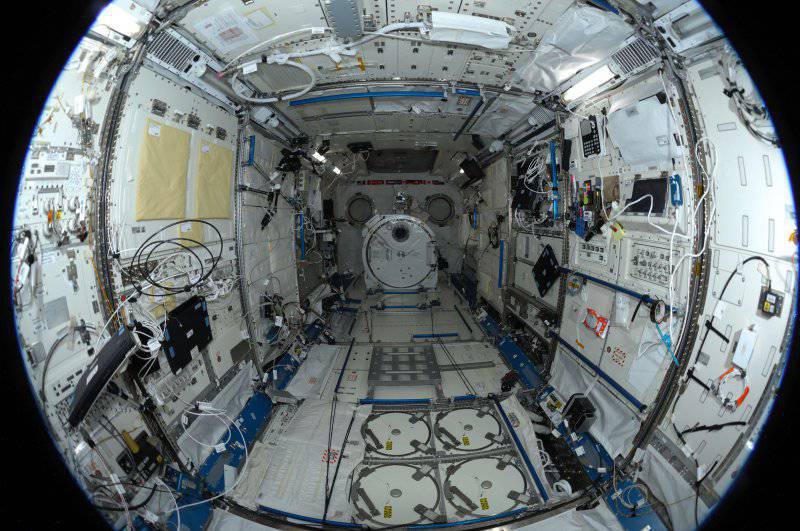 At the same time, he is convinced that it is necessary to recreate the entire Russian segment in orbit. Partnership in the framework of an international project is more unpromising. At the ISS, Russia is not the host, but rather the guest (the station has US jurisdiction). Thus, Russia partly works on the space potential of our direct competitors. Therefore, it is important for Russia to develop its own orbital project, especially since the country has the necessary technical background for this.

The current academic adviser to the Academy of Engineering Sciences of the Russian Federation, Yuri Zaitsev, refers to the intentions to create a Russian orbital station much more skeptical. In an interview with "SP", he noted that, most likely, we can talk about the image response to the West. It is true that we will prove to the West by opening our analogue of the ISS, it is not entirely clear. According to Zaitsev, the European Space Agency (ESA) landed a robot on a comet, and we are going to circle around the Earth again. According to him, this decision on the creation of its own orbital station can still be revised.

Roscosmos has already spoken about the inexpediency of the orbital station for Earth sounding tasks. You can watch Russia from space from ordinary satellites, without taking modules for a total mass of hundreds of tons into space. According to Zaitsev, it would be more logical to invest in the development of the Russian satellite constellation. Even India has dozens of them now, but there’s nothing to say about the PRC. At the same time, 129 domestic spacecraft is present in space, but not all of them are in active state.

The current academic adviser believes that maximum attention should now be paid to automation. Manned projects and programs are needed, but one cannot do without machine guns. Without their use it is not possible to solve fundamental problems in space and carry out various applied research. The main focus for Russia is now becoming the moon. At the same time, this is not about “tourist” flights, but about the establishment of a lunar base in the region of the poles. At the initial stage this can be a visited (watch) object, and in the future it can be converted into permanently operating ones. 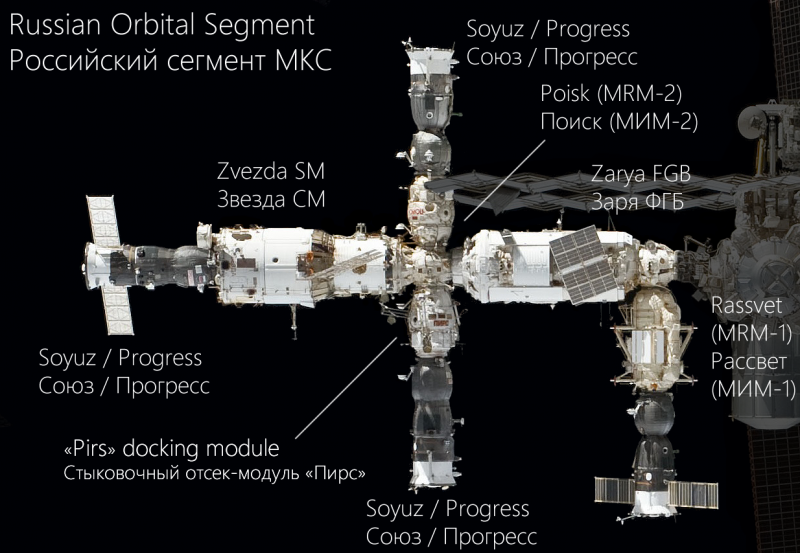 Russian modules in the ISS

Oleg Mukhin, a member of the presidium of the Federation of Cosmonautics of the Russian Federation, believes that the resumption of the Russian orbital program is justified. According to him, Russia has gained tremendous experience with the Mir station, in addition to it we also had the first Salyut orbital station. That is why when developing the ISS, the Americans turned to us for help. They had experience with their Skylab station, but it was short. At the same time, the base units of the ISS were manufactured by the Russian aerospace industry.

Of course, at the present time, “drones” and space guns can solve many issues that relate to the monitoring of the earth's surface. But there are a number of problems that can only be solved with the presence of a person. The last word in this matter should remain with the Academy of Sciences. Russian scientists must clearly define the range of experimental problems that will need to be solved in conditions of weightlessness. Therefore, it is obvious that investing in a project will not make sense if we do not know what it is possible to download.

If the decision on the Russian orbital station is positive, it will be created on the basis of the modules and technologies that were used in the ISS. But, according to Mukhin, this is a second-order question. In Russia, there are necessary developments in the construction of modules for the new station. Back in the middle of the 80 of the last century, the USSR thought about the construction of a station of the 4 generation, which would be named “World-2”. The basis of the station was supposed to be a module weighing more than 100 tons. But, unfortunately, the political processes in the country and the collapse of the USSR did not allow this project to be brought to its logical conclusion. Russia would have needed a large and powerful station. The launch vehicle "Energy", which was created specifically for the space shuttle "Buran", could take into space cargo weighing more than 100 tons. The larger the orbital station, the more scientific equipment and experiments can be carried out on board and more researchers can accept.

Oleg Mukhin also noted that Moscow could offer cooperation to Beijing, who could not pull alone to create its own orbital station. Thus, international competition in space will only grow. He also noted that at the new Russian station one could rely on space tourism, so that it would bring real money. According to Mukhin, it is impossible to give this direction to the Americans, who have private companies that can send people into space. Currently, Sierra Nevada, Blue Origin, SpaceX and Boeing are competing with each other in providing space "taxi" services for the delivery of people to near-Earth orbit.