NATO: "And where are the fascists in Ukraine?" Permanent Mission of the Russian Federation to NATO: "Here they are!"

December 3 2014
134
The Russian representation at NATO responded to the next statements in the style of "no fascism in Ukraine." This time, attempts were made to prove that “Ukraine is a country without fascism” by representatives of the North Atlantic Alliance, one of whom entered into polemics on television. At the same time, a NATO official was asking all the time, “Where are the fascists in Ukraine?” On Twitter, the Russian Permanent Mission appeared the answer to this question with an explanatory photo:
Here they are! 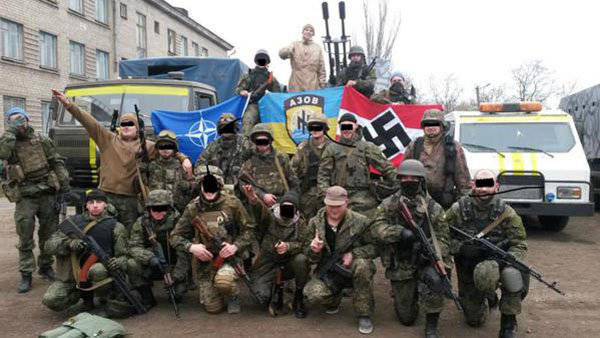 As soon as this post appeared on Twitter, active Maidanophiles came running and said that Russia had submitted to the photojob. Allegedly, in the photo, the flag with the swastika, which is in the same row with the flag of the punitive battalion "Azov" and the flag of NATO, is drawn in a graphic editor. However, here too, the Maidanophiles had to swallow the bitter pill - a photo of Nazism symbolism was made by a man named Oleg Pyenya - an amateur to upload photos of everyday ukrokateri from the ATO zone. Here is the author of the photo from "Azov": 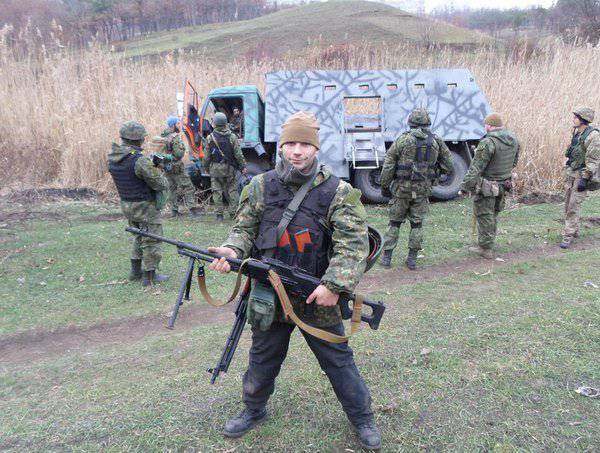 And this is also it: 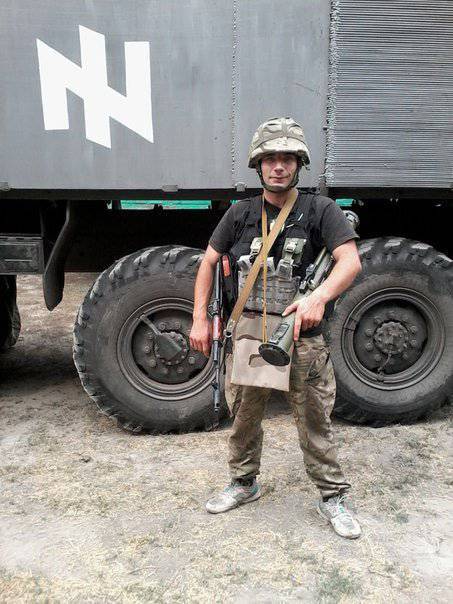