August 27 2011
11
For a quarter of a century already, ideas about creating a so-called hybrid aircraft have been hovering around the world, which, in its construction, will allow to combine the airship, the aircraft and the helicopter. Why do we need such a strange design, if all three of these types of aircraft can be used separately? And the thing is that back in the era of large Soviet construction projects there was a problem with the transportation of massive structures, which still had to be installed exactly in the agreed place. Indeed, in reality, an ordinary helicopter will not carry the multi-ton rig to the place of operation. Therefore, elements of the tower were delivered by rail, and then proceeded to assembly. It took a lot of time and resources, including financial ones. It was then that the Tyumen designers came up with the idea of ​​creating such an aircraft, which at relatively low speed could move through the air and carry the weight of a large mass. 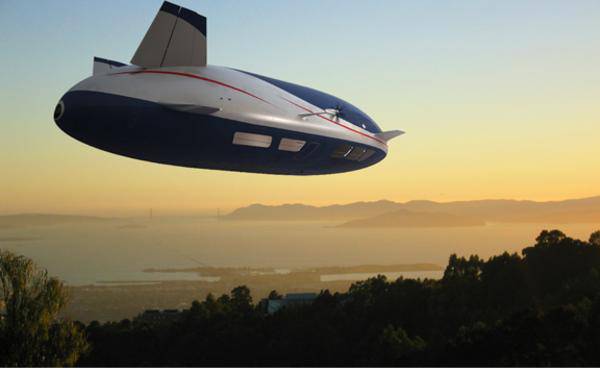 Incidentally, such an idea, having been born first in the USSR, reached the United States. Already next year, the Americans plan to raise into the sky a giant “Aeroscraft” - both the plane and the airship at the same time. It can be stated that the Russian designers were ahead of the Americans in terms of implementing the idea of ​​a hybrid aircraft. After all, its “BARS”, namely the so-called hybrid, made the first flight over the Tyumen fields in the middle of the 90's. It turns out that the work has been done and our aircraft designers can rest on our laurels, however, as always, their work and talent cannot be appreciated. This is due primarily to total underfunding. The very “BARS”, in spite of its obvious merits, has not been put into mass production, therefore many of the tasks for the carriage of goods by air have not been solved until now. 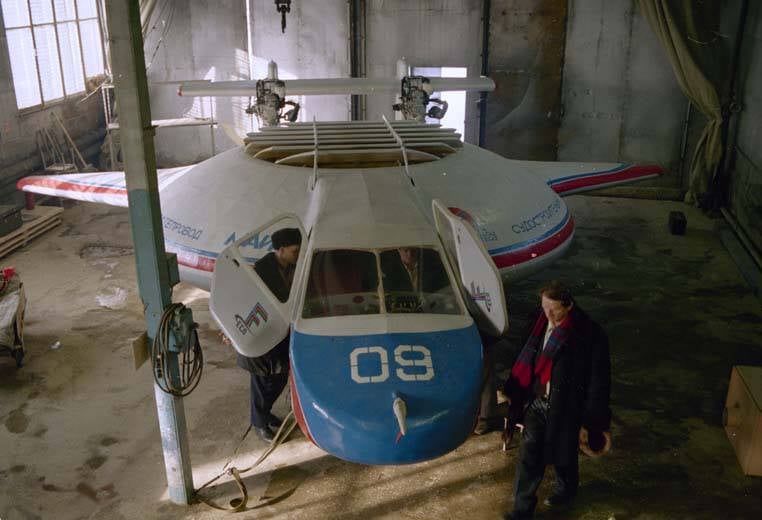 Let us try to understand what the advantages of hybrid aircrafts are expressed in? The fact is that the design of the same “BARS” is a real integration of the elements of three aircraft at once. Its body is made of the same materials as the aircraft body, but in its central part there is a technological area with several screws. These screws allow for a strictly vertical movement of the hybrid machine. In addition, the aircraft is equipped with helium containers that implement the principle of flight of the airship and allow a hybrid on the ground to be rigidly fixed during unloading. The "BARS" and close to it models have elevators, as well as lateral tail, like a normal aircraft. This allows him to maneuver effectively in flight. 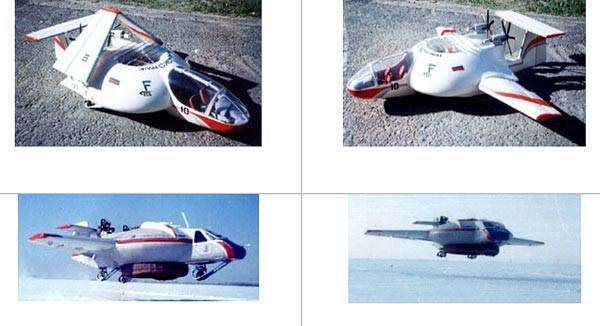 Many may notice that the airship could cope with the function of delivering large mass equipment to the agreed point, but the airship is much harder to manage and is influenced by the flow of air masses, which can easily lead to a catastrophe. And the airship can not effectively lower a large load - after the descent of a multi-ton design, the airship can take off uncontrollably, as if throwing a large ballast. A hybrid LA has no such disadvantages. In addition, such aircraft as “BARS” are equipped with an air cushion, which may allow it to fill a special capsule with water, and then use it to extinguish fires or irrigate fields.

If the Russian idea is wholly focused on civilian freight, then the Americans are planning to use their hybrid for military purposes. The Pentagon declares that it is already ready to acquire several Aeroscraft in order to use it to deliver warheads and contingent to remote areas in the future. 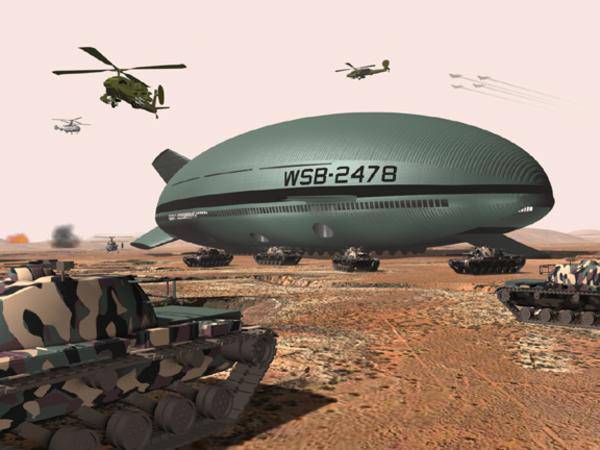 Of course, we should not say that hybrid aircrafts should be used as a passenger vehicle. For this purpose, the aircraft fit better, because the hybrid speed is not higher than 200 km / h. But in terms of effective provision of remote construction sites, transportation of large cargo through mountain ranges, extinguishing fires to these machines will not be equal. Note that the hybrid's carrying capacity is about 400 tons, which is 130 tons higher than the carrying capacity of the huge Mriya aircraft.

Let's hope that flying hybrids will soon begin to be delivered to various sectors of the Russian civil aviation.
Ctrl Enter

We are in Yandex Zen
Russian airships up to 1917 year
An-12 in Afghanistan
11 comments
Information
Dear reader, to leave comments on the publication, you must to register.