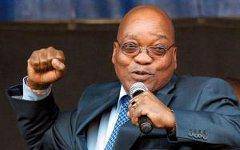 South Africa called on the International Criminal Tribunal in The Hague to investigate violations of human rights committed during the North Atlantic Alliance operation in Libya. At the same time, the country's leaders doubt that the Tribunal is capable of taking action against NATO.


South African Vice-President Kgalema Motlante, speaking before the parliament, noted that he did not doubt the fact of crimes. "Question" called the politician the willingness of the Hague to investigate the activities of NATO, BBC reports.

South Africa acted as an ally of Muammar Gaddafi during the Libyan crisis. The authorities condemned the initiation of a criminal case against the colonel by the International Tribunal. The head of state, Jacob Zuma, rejected UN demands to transfer Gadhafi’s assets in South Africa to the rebels. According to the South African ambassador, such a move would mean funding the rebels, which requires recognition from South Africa.

Zuma holds the chair of the African Union. During the Libyan crisis, the African Union advocated negotiations between Muammar Gaddafi and the rebels. On the eve, Russian Foreign Minister Sergei Lavrov spoke highly of the Zuma plan. According to the official, only the uncompromising position of NATO made negotiations impossible.

We are in Yandex Zen
"Dead Hand" by Colonel Gaddafi (photo)
Chronicle of the Libyan War
40 comments
Information
Dear reader, to leave comments on the publication, you must to register.