In Kiev, armed militants in masks seized the sports complex of the plant "ATEK"

November 28 2014
53
In Kiev, a group of masked men armed with machine guns broke into the territory of the largest metropolitan enterprise, ATEK, the agency reports Navigator. 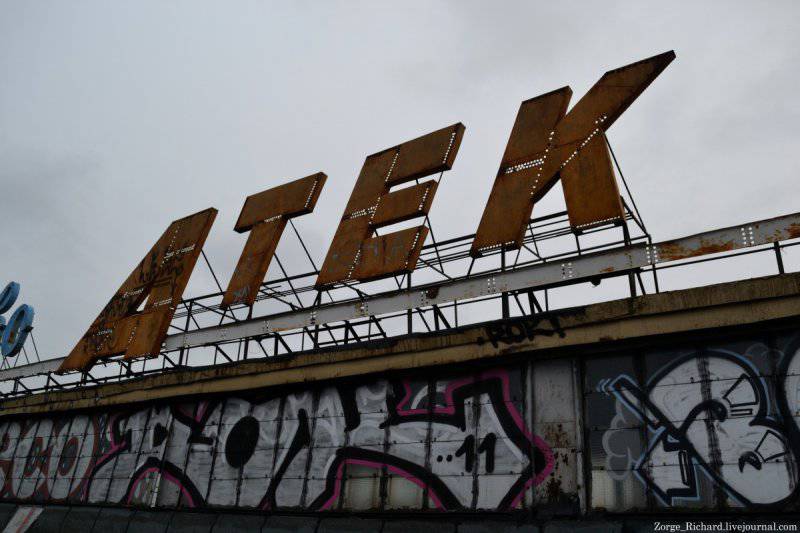 At a press conference, representatives of the plant clarified that the invaders introduced themselves as fighters of the Azov battalion. According to them, permission to hold the rally was given by the head of the Internal Affairs Directorate of the Kiev region, Vadim Troyan, who in the past was also an Azov fighter.

In fact, we are talking about the seizure of the sports complex of the enterprise. Authorities this object does not give rest from spring. At first, they wanted to equip a refugee reception center there, then they set out to convert the ATO participants into a base for training. Now, it seems, this idea has been decided to be realized, without bothering about the coordination and registration of the necessary papers there.

“November 22 entered the territory of the enterprise with a group of people authorized to search, along with investigative officers. The sanction was signed by Mr. Vadim Troyan, Head of the Main Directorate of the Ministry of Internal Affairs of Ukraine in the Kiev region. At the same time, the fighters of "Azov" allegedly provided security for operational officers. After that, the security was asked to leave the territory. The company has 100-150 armed men who allegedly provide further operational actions. ”- said Andrei Nagrebelny, representative of the owner of "ATEK".

“On November 22, the security guard called me and said that police officers had searched our territory with a search - says the director of the sport complex "ATEK" Larisa Ilyenko. - They were let through, but when I arrived there, they did not let me into the territory. I heard that the doors in the sports complex are breaking open and I offered to give the keys so that they would not break them. Weapon from my guards seized. One of the employees of "Azov", rushing to me and my guard with a knife, just threw me and the guard from the territory of the sports complex. During the search we were not allowed into the territory, all the children who were in training were asked to leave.

From the tenants, I know that now on the territory of the sports complex are based about 100-150 people with Kalashnikov assault rifles and ammunition - they brought about 80 boxes ...

People are armed, the police does not take any measures. As far as I understand, Mr. Troyan, under the guise of a search, led an armed group, which is stationed in the sport complex ...

And now, in the center of Kiev, in the sports complex, incomprehensible armed people are sitting. Next - residential area, school.

“The plant, which owns 27 hectares of territory, with railway tracks and the possibility of placing behind a high fence. Across the road, there is a plant that has a runway ("Antonov") ... The seizure of the ATEK plant corresponds to our information that plants in Kiev will be seized to form bases for the preparation of some actions. What kind is not clear ... It is not clear why such a situation has arisen, why the authorities are not responding to such actions. ”- Representative of the Ukrainian military organization Vladimir Volkov commented on the situation.

According to him, “it has already been found out that the armed people who seized the plant have no relation to Azov, which was disbanded as a division of the Ministry of Internal Affairs and transferred to the National Guard. Therefore, "Azov" did not have the authority to act as a police escort. "

“We could not find out who these people are, and from where they are - they do not allow us to enter the plant’s territory, they don’t give comments. I, as a cadre intelligence officer, spoke with the Minister of Defense, informed the head of the Union of Officers that such a scenario of seizing industrial facilities is a bad idea in the current state of war. These are strategic platforms from which strange actions can now be taken. We are asking the president to take control of all of Kiev’s strategic facilities. ”- said Volkov.
Ctrl Enter
Noticed oshЫbku Highlight text and press. Ctrl + Enter
We are
Results of anti-terrorist work on Dagestan in April 2014The legendary Soviet intelligence officer, Nadezhda Troyan, died.
Military Reviewin Yandex News
Military Reviewin Google News
53 comments
Information
Dear reader, to leave comments on the publication, you must to register.