November 28, 2014
42
Russia and Vietnam have concluded an intergovernmental agreement on the simplified procedure for the entry of Russian warships into the Vietnamese port of Camran, the agency reports NSN with reference to tass. 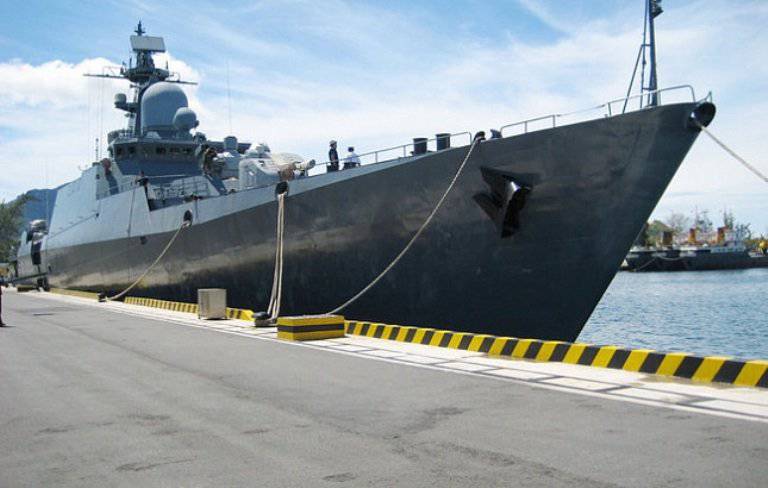 As the TASS correspondent was told by a source in the Ministry of Defense, the agreement was signed on November 25 in Sochi during the visit of the Secretary General of the Communist Party of Vietnam Nguyen Phu Chong. The document establishes a “consensus order for Russian ships and ships to enter Cam Ranh”. That is, only the notification of the port authorities by the captain of the ship that has approached the territorial waters of Vietnam is required.

Mikhail Moiseyev, State Duma deputy and former chief of the General Staff (1988-1991), spoke about the significance of this agreement: “Cam Ranh is a very important military point for Russia. It is important that our Pacific Fleet not only has access to the ocean, but has a base where it can refuel, put the ships in order, rest, solve other tasks, including conducting joint exercises. All of this is to strengthen our fighting power in the Asia-Pacific region. Vietnam is our reliable military ally, on which you can rely, as it was at all times. ”

“As the chief of the General Staff of the Armed Forces of the USSR, I perfectly understood: if our probable adversaries have bases around Russia and strengthen them, why do not we strengthen the operational zones that we need to ensure national security objectives ?! The Kamrani Treaty is only for the benefit of our armed forces, our Pacific the fleet, which in all campaigns - long and near - will have a reliable base. It is very good that we are returning to those places that we left! ”, The army general added.

Military expert Igor Korotchenko adheres to a similar point of view: “This is all a consequence of the dynamically developing Russian-Vietnamese relations. Kamran we need. This is an important point so that our ships can go there and without any problems carry out what they need. ”

NSN notes that Vietnam is the second country with which Russia has such an agreement. The first was concluded many years ago with Syria regarding the entry of ships into the port of Tartus.