Antonov: instability in the APR countries arises due to the imposition of alien values ​​on them

November 27, 2014
9
Instability in the Asia-Pacific region is increasing due to the fact that its member countries are trying to impose alien values, said Deputy Defense Minister Anatoly Antonov. Reports about it RIA News. 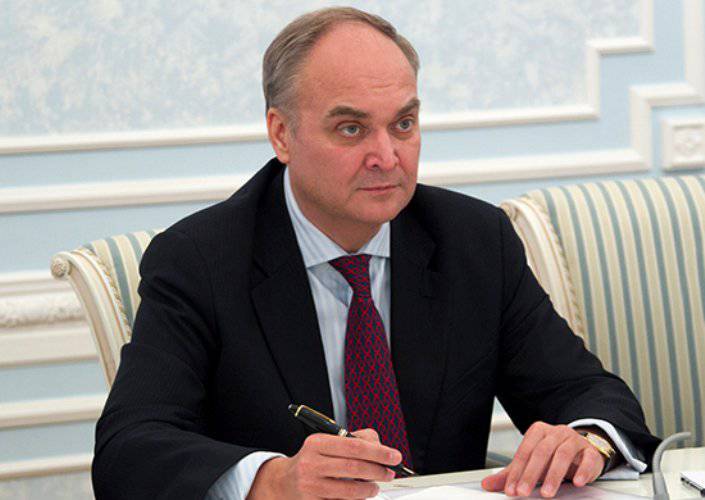 Earlier, the United States declared its intention to shift the focus of foreign policy to this particular region, which, according to the Russian Federation and China, threatens the development of instability.

“Some countries' attempts to fine-tune development in the APR to their so-called“ democratic ”standards are noticeable by pushing military contingents here and imposing alien values ​​on the countries of the region. As a result, uncertainty about the future increases, instability and unpredictability increase, military capabilities grow and military alliances become stronger, ”the Deputy Minister said at the first meeting of the Dialogue of Defense Ministers of South and South-East Asia.

Such trends take place “against the background of tectonic changes in international relations, when a farewell occurs with illusions about the possibility of building a world with one center of power and strength,” he noted.

“We need a new security architecture based on a balance of interests and mutual guarantees, a system built on collective non-bloc principles, equal and indivisible security, generally accepted norms of international law. At the same time, the legitimate interests of all countries should be taken into account and attempts by individual states to achieve unilateral advantages should be blocked, ”said Antonov.

In his opinion, “one cannot ignore the situation on the Korean Peninsula regarding the need for denuclearization and the promotion of national reconciliation between the north and the south.”

“The instability in a number of states in the region is disturbing, with the prospect of its overflow into countries adjacent to Russia, primarily to Central Asia,” the deputy minister said.

Meanwhile, "playing out a thesis about the growing North Korean nuclear missile threat, Washington is actively drawing the countries of the region into the implementation of plans to deploy its global missile defense system," he said.

The potential created by the United States far exceeds the level necessary to neutralize the existing missile danger. “In fact, the US global missile defense system is aimed at undermining regional and international security and poses a serious threat to the APR,” the deputy minister said.

“Under far-fetched pretexts, the US is building up its military presence in the APR, sending nuclear aircraft carriers and strategic bombers here, and attempts are being made to subordinate the countries of the region to the interests of their foreign policy. In this context, it is enough to recall the unprecedented pressure on the governments of the APR states to join illegal anti-Russian sanctions, ”he said.

“Think about it, the United States in recent decades has unleashed two thirds of all military conflicts. Remember how everything happened in Yugoslavia, Iraq, Afghanistan, Libya, Syria, ”Antonov recalled.

According to him, the meetings of the heads of the defense departments are necessary and useful. “The world sleeps more peacefully when defense ministers gather at the negotiating table, rather than disperse to their national apartments, and the armies look at each other through sights armory systems ", - said the Deputy Minister of Defense of the Russian Federation.
Ctrl Enter
Noticed oshЫbku Highlight text and press. Ctrl + Enter
Military Reviewin Yandex News
Military Reviewin Yandex Zen
9 comments
Ad