November 28 2014
129
As is known, in response to anti-Russian sanctions, Russia introduced its own countermeasures, banning the import of agricultural products and certain food products from a number of countries (including the EU, USA, Norway, Canada, Australia, etc.). Under the conditions of mutual sanctions, Russia and the European Union live for several months, which, for obvious reasons, does not have a positive impact on the dynamics of trade. The decline in trade turnover between Russia and the EU countries in the last three months alone amounted to at least 8%.


Against this background, the Rosselkhoznadzor quite unexpectedly announced the possibility of introducing restrictive measures on the supply of food products from Belarus. Restrictions are imposed, despite the fact that Belarus officially does not support any anti-Russian sanctions and, among other things, is a member state of the Customs Union, as well as the Eurasian Economic Union, which will begin its full-fledged work from January 1 on 2015. So what is the reason for the restrictive measures that the Rosselkhoznadzor has imposed on the Republic of Belarus?

This question is answered by representatives of the Rosselkhoznadzor itself. In particular, the head of the Office of Internal Veterinary Surveillance, Vladimir Shevkoplyas, stated that restrictive measures are being introduced in relation to animal products from Belarus, since “serious violations of the veterinary and sanitary requirements of the Russian Federation” have been identified. Shevkoplyas claims that an African plague has been found in Belarusian pigs. Moreover, the Rosselkhoznadzor is inclined to believe that the pork supplied in this form from the Republic of Belarus is not at all Belarusian, but imported from third countries.

The head of the Veterinary Supervision Department for foreign trade operations and transport, Vladimir Menyakin, said that representatives of the administration at several Montenegrin meat processing enterprises that do not have the necessary certification documents are engaged in buying pork in the EU countries, then cutting, repacking and delivering to the territory of Belarus. The Belarusian side, according to Vladimir Menyakin, was informed of this situation, and besides, a whole network of smugglers was opened, which thus turned European pork (both infected and uninfected) first into Montenegrin, then into Belarusian, and then sent the product to the Russian Federation with Belarusian labels.

At the same time, representatives of the Rosselkhoznadzor of Russia stated that even after informing the situation of the Belarusian colleagues, the import of pork into Belarus from those Montenegrin enterprises, which are links of smuggling, did not stop.

Rosselkhoznadzor reports that there have been detected cases of the detection of the ASF genome in products from Belarus, in the Belgorod, Bryansk and Smolensk regions. Oddities were identified by dairy and poultry products. In particular, an antibiotic was found in milk and dairy products, the presence of which is not allowed by the regulatory authorities of the Russian Federation, and which is not used by the Belarusian farmers themselves.

On this basis, the Belarusian colleagues were invited to use the special program "Vesta", which is capable of making the entire system of laboratory research products transparent. They offered Minsk and participate in the general system of product certification and tracking of its movement routes with the help of the electronic system “Mercury”.

For reference: the automated system “Mercury”, developed at the Federal Center for Animal Health (Vladimir) and launched by the Rosselkhoznadzor in 2010, is intended for electronic certification of supervised goods, tracking their transportation through Russia. The system allows you to create a single database of livestock products for increased safety. With its help, it is possible to establish not only where the cargo comes from, but also by whom and at what stage its processing, repacking, new shipment and delivery from warehouses were made. It is thanks to this kind of automated complexes that the Rosselkhoznadzor collected information on the facts according to which the Belarusian side supplies to Russia what it purchases in Europe through a network of intermediaries (vegetables, fruits, fish, meat, milk).

Since Belarus for a long time did not react to the RSHN, the complex of restrictive measures was introduced. 19 Belarusian enterprises received a notice from Russia that their products could not yet be on the shelves of Russian stores. Such measures have caused a negative in the camp of the authorities of the Republic of Belarus.

First, Deputy Minister of Agriculture of Belarus Igor Brylo said that in connection with the actions of Russia, Belarus suffered losses in the meat and dairy and poultry industries. The Deputy Minister of Agriculture of Belarus noted that Minsk would understand the current situation, but for some reason we were not talking about a complex trial, but about fragmentary checks.

President of Belarus Alexander Lukashenko also perceived the claims of Rosselkhoznadzor not as a call for joint actions against unscrupulous (and in the legal sense too) suppliers, but decided that Russia had taken the path of exerting pressure on its CU and EEU neighbor. Lukashenko expressed his thoughts on this in a meeting with St. Petersburg Governor Georgy Poltavchenko:

Today the behavior of the Russian authorities not only surprises me, but depresses me. What kind of behavior is this ?! 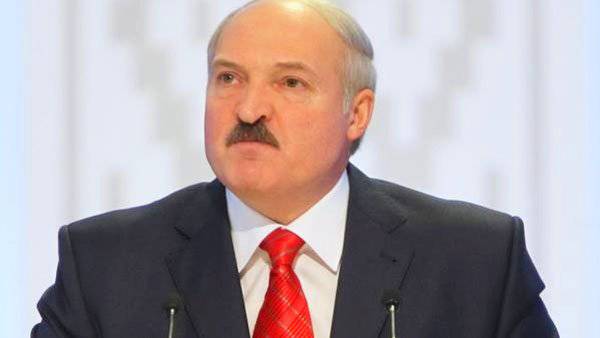 The President of the Republic of Belarus stated that the step of Russia will not remain unanswered, and Minsk will be forced to take countermeasures.

Of course, one can say that the Rosselkhoznadzor remembered the traditions of Onishchenko and in vain realized them in relation to fraternal Belarus. It can be said that the RSHN itself pushes the allies away from Russia with its policy. But on the other hand, what, actually, was such a terrible thing that Russian veterinary officials told their colleagues? For more than two weeks, Minsk did not react to the RSHN proposal for joint monitoring of products, but began to react (and even moving eyebrows) only at the moment when restrictions were introduced. Well, what a teenage insult and desire not to look for a solution to the conflict, but to exaggerate? .. Why? To the delight of the "friends" of integration in the post-Soviet space? 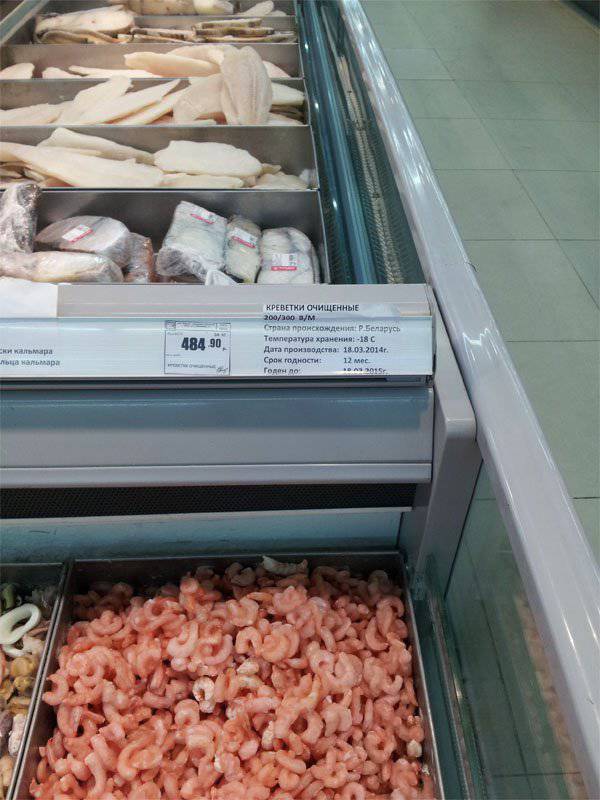 Well, the Rosselkhoznadzor decided that too much But father began to deliver Belarusian pineapples and Belarusian salmon to Russia ... So you have to know the measure, and in prices too ... And then, when 500 shrimps appear on the store shelves with rubles "Place of origin - R.Belarus ”, then the question arises involuntarily: hasn’t the“ maritime state ”overdone in the desire to benefit from the sanctions war between the West and Russia?