November 27, 2014
79
Cheap, simple, sometimes coarse, but always effective - Soviet weapon done according to a different concept than the west. However, it was no less deadly, writes expert Michael Peck and gives 5 the most successful, in his view, developments. 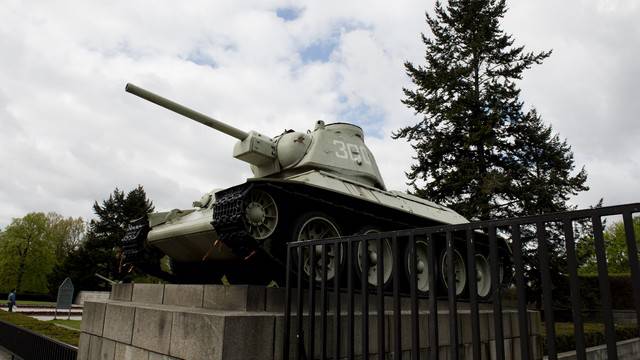 Communism became an economic catastrophe and an ideological dead end for the Soviet Union — after all, it could not provide citizens with even sausage and toilet paper — but the USSR made magnificent weapons. As National Interest expert Michael Peck believes, certain types of Soviet weapons have become a legend and are still used in many conflicts around the world.

The Soviet weapon, the author continues, was a reflection of a different design concept: The West preferred complex, expensive, and overly congested design ideas to weapons systems, which focused on quality rather than quantity. And in the USSR they preferred cheaper, coarse, and simple weapons, which can be produced in large quantities. According to Peck, “for the Soviets“ well enough ”has become an enemy of the word“ better ”, if that“ well enough ”had a numerical advantage.”

Based on this, the author of the article has compiled a rating of the five best, in his opinion, types of Soviet weapons.

According to Peck, the AK-47 is not just an automaton, but a real icon. More than 100 of millions of AK-47 Kalashnikov assault rifles were produced in the world, and therefore such words as “ubiquitous” are not applicable here. Inspired, according to the author, by the German machine gun Stg-44, the AK-47 was a simple, cheap and reliable weapon, ideal for the Soviet army that was drafted by draftees and poorly trained Third World armies. If we talk about military and civilian casualties over the past 60 years, the AK-47 is probably the deadliest weapon on the planet.

Many experts actively dispute the claim that the T-34 was the best. a tank World War II, however, in the minds of dumbfounded and frightened German soldiers in 1941 there was no doubt. With a powerful 76,2-millimeter cannon, five-centimeter-thick armor located at an angle, and wide caterpillars to move through the mud, the T-34 at that time was superior to any German tank in terms of firepower, armor protection, and maneuverability.

“The T-34 had its flaws, but the Russians built the 84 000 T-34 tanks, and the Germans made such a powerful impression that they thought about creating their own version of such a machine. Despite the impressive performance of the T-34, Germany nearly captured the Soviet Union in 1941. This can be blamed on Soviet tactics, weak training of soldiers, but not a tank. When the Red Army gathered courage, the T-34 armada paved the way to Berlin, ”writes Michael Peck.

“Katyusha”, according to Peck, is a very paradoxical name for one of the most deadly artillery pieces in storiesBut this name was widely adopted, and many samples of reactive artillery began to be called Katyusha. Unguided rockets are not very precise, but Katusha worked very effectively. The Soviet army liked to suppress the German defense with its help. And even if the missiles fell inaccurately, the defenders who survived were too stunned to resist.

Created on the basis of captured German technology and having jet engines that the British foolishly sold to Moscow, the MiG-15 was a fast, highly maneuverable and well-armed vehicle. In the final years of World War II, American pilots were used to dominating the air, and therefore the appearance of the MiG-15 in the skies over Korea was a shock for them. Because of the Soviet aircraft, they had to abandon their departures during the day. He excelled the first US jet fighters, such as the P-80 and F-84. Only when the F-86 Saber appeared, the American pilots were able to fight the MiG-15 on an equal footing.

It would be wrong to say that the RPG-7 revolutionized the anti-tank war, however, continues Michael Peck, the RPG-7 became a model of portable hand-held rocket launchers. As the RPG-7 anti-tank weapon is not very accurate, but very inexpensive. The grenade launcher became a real “artillery for the poor” and, according to the expert, turned into almost the same icon as the AK-47.

“If military equipment and weapons are the greatest legacy of the Soviet Union, then it says a lot about what Soviet communism could offer. Be that as it may, Soviet weapons rightfully deserved a worthy place in history, ”the author concludes.