November 27, 2014
51
Artillery guns using conventional unguided projectiles have relatively low accuracy, and therefore can only be used to attack area targets. To improve the accuracy of artillery firing in recent decades, guided projectiles have been created in different countries that can be aimed at a specific target. However, such ammunition is still available only to the calculations of guns and howitzers. Mortar gunners still have to use unguided mines, which by definition cannot hit a point target without complicated and long-term fire. 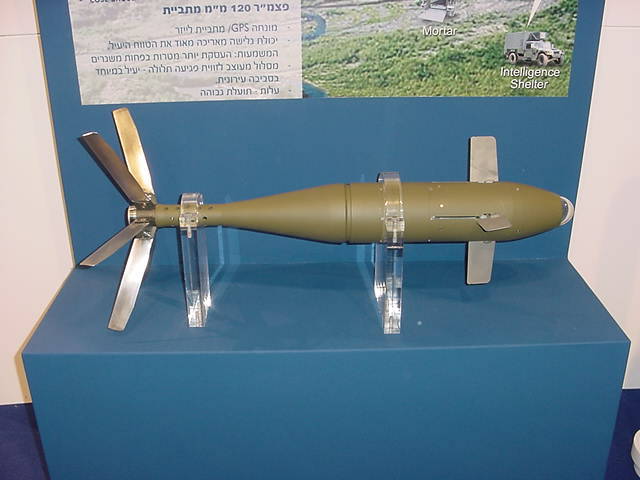 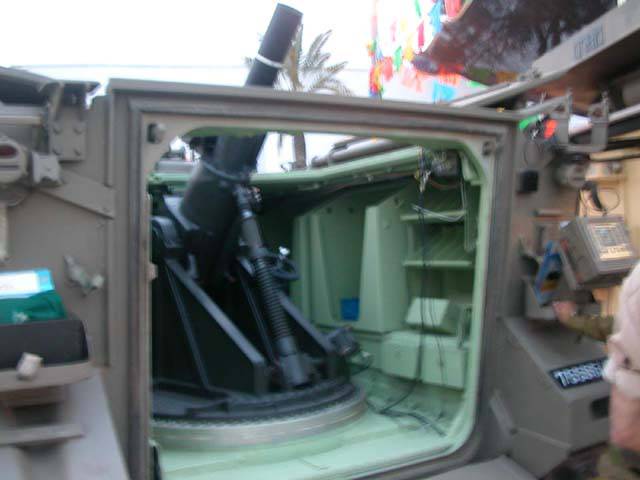 At the beginning of the two thousandth, the Israeli company Israel Aerospace Industries (IAI) began the development of specialized mortar ammunition, equipped with a guidance system. It was assumed that the use of a number of developments that have already been tested in other projects, will create a high-precision ammunition suitable for attacking small targets using existing mortars. The new project is called Fireball ("Fireball").

The result of the new project was the original ammunition, which even outwardly seriously differs from the existing mortar bombs. The project used several interesting ideas that had not previously been used in such developments, which affected its appearance. In particular, IAI experts have proposed to increase not only the accuracy of the hit, but also the range of a new mine. According to their idea, the Fireball mine should not only fall, but also, if necessary, plan for the goal. This method of flight promised a noticeable increase in the firing range, as well as some other advantages over existing mines.

The IAI Fireball mortar is remotely similar to other ammunition for mortars only in the transport position. In flight, it spreads its wings and stabilizers, making it look like a small-sized guided bomb. WITH aviation Ammunition brings a new mine not only in appearance, but also in some used equipment.

Mina Fireball received a complex case with several parts. At the head of the mine, on the fairing, there is a small transparent area that provides the laser guidance system. The middle cylindrical part of the body has slots to accommodate folding X-shaped wings, rudders. The tail part of the body has the shape of a truncated body and goes into a cylindrical shank with holes. On the bottom of the shank there is a folding stabilizer with six vanes. In the transport position, the wings and the stabilizer are folded in the crevices of the body and along the shank, respectively. Immediately after leaving the mortar barrel, the ammunition lays out all the planes and uses them in flight towards the target.

According to official data, there is a laser guidance system receiver, a GPS satellite navigation system receiver and a set of flight control equipment in the mine body. The latter consists of a rechargeable battery, a gyroscope, a computer controller, a system for introducing commands before firing, and a rudder drive. The warhead is located in the tail section of the hull. In a cylindrical shank placed propellant charge.

The IAI Fireball controlled mine has a maximum diameter of 119,5 mm, which makes it possible to use it for firing from smooth-bore and rifled mortars of the 120 caliber and 121 mm. For example, the mine can be used with Israeli-made Soltam K120 6-mm mortar. The total length of the ammunition - 895 mm. In the form of a mine ready for a shot, 14,7 kg weighs. Thus, having a significantly higher performance, the new Israeli mine is almost not different in weight and size from other ammunition for mortars.

The basic version of the mine "Fireball" is equipped with a high-explosive fragmentation warhead weighing 3 kg. It is noteworthy that one of the main NATO NATO 120-mm M934 has a charge weighing 6,6 pounds (slightly less than 3 kg). Thus, the existing ammunition and the new mine IAI Fireball have about the same power, but the latter has a great advantage in the form of guidance systems that provide higher accuracy of fire. IAI offered customers mines with an armor-piercing cumulative warhead to destroy armored vehicles and penetrate to destroy buildings and fortifications.

The proposed combined guidance system should provide greater flexibility in the use of mines. So, when firing at stationary objects, guidance with the help of satellite navigation can be used, and a laser guidance system is proposed for firing at mobile targets. In the first case, the calculation of the mortar must enter the fireball coordinates of the target into the memory of the mines. When using laser guidance, a shot is made according to a technique similar to shooting with an unguided mine, and the scouts are responsible for aiming at the target, highlighting it with a laser.

It is alleged that the accuracy of the mine Fireball surpasses all existing mortar ammunition. The declared circular deviation does not exceed the 1 meter. This means that for the destruction of most targets (live force, light equipment or non-reinforced structures), only one or two minutes with an 3-kg combat unit is sufficient.

According to the company-developer, the use of control systems has allowed to give a new mine some interesting opportunities. Given the possible use of mines in urban environments, in order to reduce collateral damage, IAI Fireball munitions have a specific flight path. After climbing to a certain height using a propellant charge, the mine begins to plan and “dives” down only in the immediate vicinity of the target. Such a flight path should reduce the likelihood of a mine entering a building that is on its way to the target. 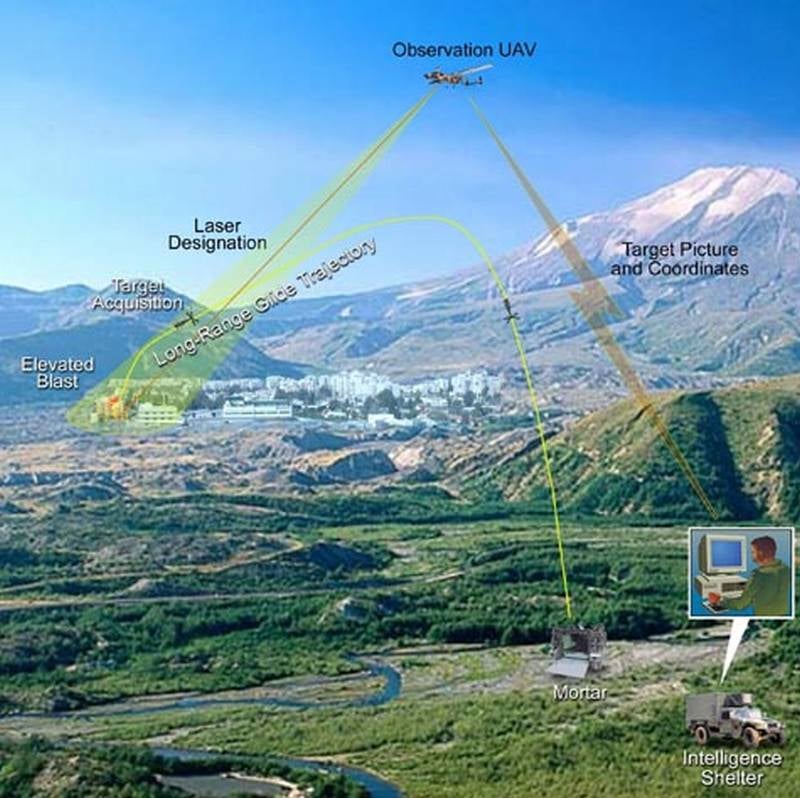 The possibility of using rudders and stabilizers as planes for flight made it possible to significantly increase the firing range. It is alleged that the mine "Fireball" is capable of hitting targets at distances up to 15 kilometers. Thus, the range of 120-mm mortar with guided ammunition of the Israeli development is approximately doubled compared to a similar system, firing conventional mines without a control system.

According to the official website of the company Israel Aerospace Industries, the project Fireball is in the process of active work, and the ammunition has already passed a full cycle of field tests. Exact information about the current state of the project is not available. According to some reports, IAI Fireball mines became the subject of an order of the Israeli armed forces, but the details of this deal are unknown. There is also no information about the interest shown by potential customers from foreign countries.

Available information about a guided mortar mine IAI Fireball suggests its high commercial potential. Such ammunition, which has an advantage both in range and in accuracy of firing, is of great interest to many armies of the world, armed with mortars of caliber 120 or 121 mm. The existing advantages over unmanaged mines in a number of situations can completely offset the only noticeable disadvantage of the “Fireball” - its considerable cost. However, the widespread use of Fireball mines is not known. Probably, the ratio of cost and effectiveness of this ammunition suits not all potential customers, which was the reason for the absence of large orders for delivery.