On the ISS, together with the United States becomes too closely ...

November 27 2014
56
Deputy Prime Minister Dmitry Rogozin chaired a meeting recently devoted to the issues of Russian manned cosmonautics. Against the background of the talk that before the implementation of the Moon exploration program, the Russian budget does not yet reach, a question of this nature was also discussed: what will Russia do after the completion of the ISS operation project? The completion of such a project is scheduled to take place in 2020 year. And the question about the further steps of Russia in this direction does not look idle.


The International Space Station is a project in which about a dozen states are participating, but the greatest contribution to the implementation and maintenance of this project today is made by Russia, since over the past ten years it’s Russian spacecraft Soyuz and Progress that have been delivered into orbit as cosmonauts and astronauts and loads. After the Americans stopped using the shuttles, it was on the Russian side that the burden of responsibility for servicing the International Space Station was laid on the Russian side. There are, however, still European and Japanese ATV and HTV transports, and also American Dragon и Cygnusbut so far the contribution of these devices to the ISS activity is lagging behind the contribution of Russia by a whole order. If from the beginning of 2000 Russia used (and provided) the Soyuz and Progress spacecraft for the ISS operation about 90 times, then the mentioned European, American and Japanese vehicles (taken together) made only a dozen flights, and about a quarter more training than workers. 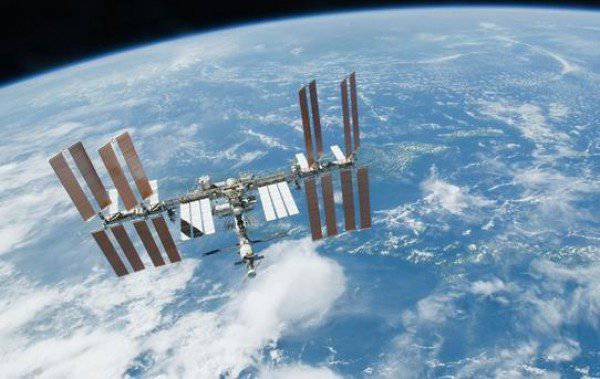 In 2020, the existing station operation program will be completed, but the American side, which, in terms of using the ISS, today has actually become directly dependent on the Russian manned space flight, proposes to extend the program by at least 4 of the year. In other words, the United States proposes to leave everything as it was before 2024. They say that sanctions are on Earth, but here we must remain friends ...

The “friendliness” of such a proposal from the United States is understandable: by 2020, the United States may not reach the level of operation of its new spacecraft, which is required for the full functioning of the ISS or some American project of its own orbital, and therefore NASA, reinsuring, offers Russia to work as a cab driver some more time. Like, we will polish our manned space program, and then, when the Signals, Dragons and possibly other spacecraft are commissioned for all 100%, we will declare sanctions against Russia and in outer space ...

Understanding that Russia is being asked to remain in the “cage” of the ISS for an 4-year period and after the 2020 year, it’s not from a great love for the Russian space program, but due to the current dependence on Russia, Dmitry Rogozin said that interest in the ISS in its current version of the Russian Federation will only exercise until the year 2020.

Dmitry Rogozin:
We have a certain interest expressed by our American colleagues to extend the work of the ISS to 2024, but the Federal Space Agency of the Russian Academy of Sciences and the Foundation for Advanced Research (FPI) are now ready to offer new strategic issues related to the further development of Russian cosmonautics after 2020.

Rogozin stressed that, at first glance, the dependence is mutual in nature, but the US is interested today in cooperation with Russia on the ISS, which is much higher, as it is the Russian means of delivering the crew and cargo to the International Space Station.

Dmitry Rogozin:
We plan that we need the ISS before 2020.

Based on such statements by the Deputy Prime Minister of the Russian Federation, it can be concluded that Russia could very well implement its own individual orbital project by 2020. In this regard, the question arises: failure to extend cooperation on the ISS after 2020 - is this a political decision or is it not? It is hardly necessary to deny that recent political events have had an influence on this decision.

But Russia has other directions for space maneuver in terms of the implementation of orbital space projects - not only the complete individualization of the exploration of near-Earth space. One of the directions for such a maneuver is the possibility of cooperation with those states that not only display a more balanced policy towards Russia, but also have their own know-how in the rocket and space industry. As an option - China. The Chinese "Sky Palace 1" (also known as Tyangun-1) is an orbital project that is similar in its basic functionality to the Soviet orbital modules (for example, to Salyut). Of course, for a number of indicators, it does not reach the modern orbital station, but this only underlines the possibility of implementing a more effective joint project, if, of course, the Federal Space Agency has plans to actively integrate with anyone in terms of manned space flight ...

Whether Russia will integrate certain segments of its space programs with the Chinese side or will not be - this is a question, but the actual rejection of close cooperation with the United States after 2020 is a fact. Of course, until 20, a lot of water can leak (and will leak), but leaving itself as cab drivers, serving the development of individual American space projects based on its space transport, is somehow naive and strange. The only pity is that the American side can use such a statement of Rogozin to intensify his own work, for the deputy prime minister did too gentlemenly, denoting plans for the FKA on the ISS. But you could bluff, saying that they will certainly serve the “international interests” on the ISS after 2020, and then (at one point) declare that Russia completes the project - fly “Dragons” or jump to the ISS using trampolines (as Dmitry Rogozin tweeted recently). There is an opinion that if now, not the USA depended on Russia, but Russia on the USA, then our cosmonauts would have been “uncoupled” for a long time ... “friendly” ...

Ctrl Enter
Noticed a mistake Highlight text and press. Ctrl + Enter
We are
Since the launch of the first artificial satellite of the moon, 50 years have passedProspects for the development of Russian cosmonautics
56 comments
Information
Dear reader, to leave comments on the publication, you must to register.