November 26, 2014
32
"Russian Spring" published reports from the militia on the current situation on the fronts of Donbass. 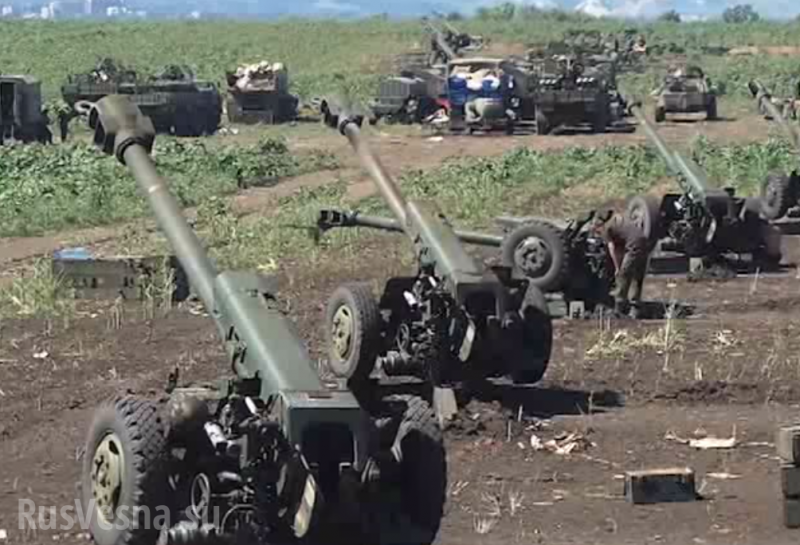 Information Center "Perevalsk - Alchevsk" (LNR) reports that the army of New Russia is attacking the positions of the Ukrainian security officials in the area of ​​Trinity, Bakhmutka, Popasna, Debaltseve, Schastya and Stanitsa Lugasnka. In turn, "the punishers began shelling from the RSZO" Grad "and SAU from the standpoint of the Armed Forces of Ukraine in the area of ​​the settlement of Maloorlovka, two killed and one militia wounded. ”

The information office of the militia of Novorossia informs that in the last 24 hours the situation in the region has remained tense. 13 cases of violation of the cease-fire by the Ukrainian security forces were recorded. The fire was carried out in Donetsk, Oktyabrsky, Nikishino, Dokuchaevsk, Kirovsky and the Komsomolets Donbassa mine area.

It is worth noting that the commander of the battalion "Batkivshchyna" Marat Suleymanov said that the militia of the DPR attacked the checkpoint number 1 near the city of Gorlovka.

“Most likely, the Gorlovskaya group of militants and the terrorist brigade Oplot were planning an attack on the checkpoint,” Suleymanov suggested. - The shelling was really powerful. Five of our soldiers were injured of varying severity. Now doctors work with them. One soldier did not have time to leave the shelling zone. The man died on the spot. "

Continue to receive new information about the atrocities of Ukrainian punitive. So in the city of Happiness a civilian was shot, who refused to repeat their slogans.

The militiaman Prokhorov reported an artillery duel in the area of ​​Stanitsa-Luganskaya.

“In Donetsk all night the bachs heard, in Mariupol, he fired dill again from the anti-aircraft guns on the clouds (the UAVs were seen again). In Debaltseve, with 7, they woke everyone up in the morning - they covered dill roadblocks at the entrance to the city, they woke Avdeevka a bit later - there is a shootout on the outskirts, ”the militiaman said.

The military leader of the militia of the DPR “Borisych” told about fights in the Nikishino area.

“The morning in Nikishino passed quite calmly, from the very beginning, Nona of the ukrovermht from the Kamenka district slightly shot, after which the work of our art was observed in that region. We follow the development of events, ”he said.

According to him, during the day the militia artillery managed to destroy the 2 of the Ural truck, as well as the BTR of the Ukrainian security forces.

Ivan Prikhodko, deputy chairman of the Voroshilovsky district, said that in Donetsk one of the shells hit the passenger bus.

“On Tuesday morning, a shell hit a bus in the Kuibyshev district. Two dead, there are wounded. We are now leaving for the shooting site and after that we will go to the hospital in order to find out what they need. The 69 school, the 17 hospital, the Service Invest substation, and the house in the Renault car dealership area were also shelled, ”he said.