Dali from Dali: NATO is not far off? 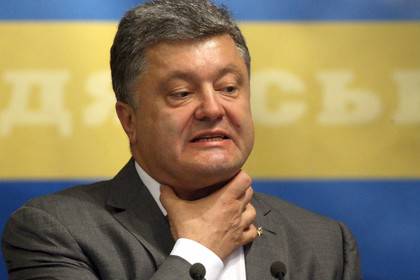 Well, that was what was required to prove: Ukraine will now rapidly and inevitably fight to go to NATO by leaps and bounds. Someday. When will be ready. Approximately the way she entered the same place at the Alliance summit in 2008, when the huge palace of the executed leader of Romania, Nicolae Ceausescu in Bucharest, shouting “Get out of the Gypsies! I am no longer a rider here! ”Viktor Yushchenko ran, smearing his tears on the face of the mangled dioxin and Botox. Then Ukraine promised that it can become a member. And even the brain.

But the action plan to acquire membership, the notorious MAP, just in case, did not give. And Yushchenko was terrified about this.

Now everything has changed dramatically. In Ukraine, “ryvolyutsia gidnosti” terribly won, the people saw the light of the EU and NATO and wanted to reject the chains of non-aligned status, into which the pro-Putin pro-Kremlin “anti-people regime of Viktor Yanukovich” put them. So you have to enter. Because a certain sociological group “Rating”, sensitively reacting to all the miasmas and moods of the “revolutionary narida” from Galicia, has already jumped around and found out: at the beginning of November 2014, the number of supporters of Ukraine’s accession to the EU rose to 64%, and half of the respondents for joining to nato. And if a referendum was held on Ukraine’s accession to NATO, half of the respondents (51%) would have voted for, 25% against, and another 25% would not have decided or would not take part in the referendum.

And the President of Ukraine, of course, could not stay away from this popular aspiration, and said: “The decision to join or not join NATO is solely the competence of the Ukrainian people ... We have developed the criteria by which Ukraine will meet NATO requirements. Only after they have been achieved will the Ukrainian people in a referendum be able to decide whether or not to join NATO. ”

He did this at a joint press conference with Lithuanian President Dalia Grybauskaite, who on Monday, November 24 of the year 2014, visited Kiev. This undoubtedly outstanding Lithuanian woman has been working for the second time as president of her country and has proven herself in the international arena as the main barking bit of “Putin’s imperialist Russia”. This is today both a trend and a mainstream at the same time. And in the European country, Lithuania, which a quarter of its population has left on this occasion, is forced to work in Europe from hopelessness and poverty, in this case the chip is slashed. And the flagship is the president. Modern and pro-European. What did this former worker of the Vilnius Higher Party School of the CPSU not only say to Russia and its president? If you listen to her, she learned to think, and talk, and read in some hideout of SS "forest brothers", and not at the Marxism-Leninism department at the Academy of Social Sciences at the Central Committee of the CPSU in Moscow, where she defended her scientific field after Lithuania dissertation

And in Kiev, Dahl, this, as Kiev journalist Maxim Ravreb, figuratively put it, “an old commuter with mold”, has not far removed from the usual views on the world and its surroundings. She almost choked with joy for the European perspectives of Ukraine and warmly greeted them in every possible way. And even figuratively and convincingly told that NATO is not only a military organization and that all its members have gone the way of full democracy and the protection of human rights. And now these same people in NATO feel protected more than ever. Unlike people who are not in NATO and therefore urgently need democratization with the help of air strikes with bomb attacks. Like in Yugoslavia in 1999. Or in Afghanistan. Or in Iraq ...

However, in Kiev, Dahl, it seems to me, made the most important, systemic and fundamental error inherent, however, to everyone who comes to the banks of the Dnieper from the West and promises all possible assistance. She said that in order to obtain membership, Ukraine must go through a “deep reform process”. “This concerns both your membership in the EU and your membership in NATO. You need to show action, do a lot of homework in the country. A country that will make efforts and carry out the necessary reforms - it will be covered by the possibility of NATO membership. No country will be able to stop applying for membership and dictate which direction you should take, especially your neighbors, ”she said, smiling optimistically.

Op-pa, as they say! It was here that the dog rummaged, thoughtfully noticed in such cases the predecessor of all reformers in the post-Soviet space Michal Sergeyitch Gorbachev. First, if reforms in Ukraine were productively implemented, then maybe it would not be necessary to join any EU with NATO. And secondly - and this is important! “Dahl seems to be attacking the same rake as all the other assistant donors who have previously been to Ukraine.” Because linking aid with reforms, moreover, with the fight against corruption in Ukraine, this means almost automatically abandoning aid. This linkage generally makes any help impossible in principle. Because if in Ukraine to take away corruption and the ability to “lubricate” processes in life, everything will stop. Permanently and forever. Corruption is the necessary lubrication of everything that happens in the country, its engine and conductor.

But there are apparently no such peaks that the people and its envoys, who won on Independence Square, would not have taken to the freest in the world Verkhovna Rada. As you know, the other day the members of the future parliamentary coalition fixed in the coalition agreement the provision that, in the framework of the reform of the system of ensuring national security and defense, Ukraine would give up its non-aligned status and resume integration into NATO.

Because the law of Ukraine “On the principles of foreign and domestic policy”, adopted by the Verkhovna Rada of 1 in July of 2010 of the year and signed by President Yanukovych of 15 in July of the same year, stands in the way of joining the Alliance. And there it was recorded that Ukraine will strictly adhere to non-aligned status and intends to actively participate in the development of a collective security system in the European and Euro-Atlantic space. But who will peer into the signature of the satrap under a piece of paper, which those who voted for the “dictatorial laws of January 16” consecrated with their voices? Fuck them!

So, most likely, and will be - new deputies and not such cancel. If they are good to ask, and even better - to stimulate. No wonder that the Tajik Mustafa, who had shot up to parliamentary heights on the crest of popular love, had already said that with a salary of 5 thousand hryvnia to him and do not come, he would not do anything. So cancel the non-aligned status as much as a run.

But the trouble is that at the above-mentioned Alliance summit in Bucharest it was clearly stated: Ukraine will become a member of NATO, if it wishes it and will meet the necessary criteria. And the criteria are simple: there is no corruption, there are reforms, the rule of law is present, human rights and freedoms are observed and guaranteed.

It is clear that this is not said about Ukraine. But it can be accepted without any criteria. However, the question is: what will the Ukrainians benefit from, on whose behalf both the social group “Rating”, and the Ukrainian president, and the parliamentary coalition in the Rada, and the Lithuanian Dahl, who are so easy to watch, will be born? for the Ukrainian tragedy from a distance and in the same way encouraging? ..