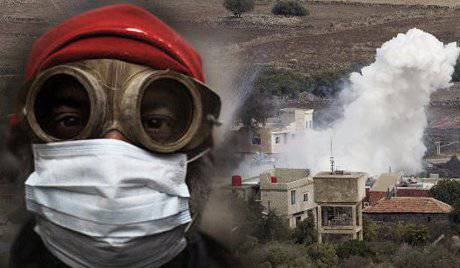 Syrian President Bashar Al-Asad spoke to representatives of the Tartu Committee of the Arab Socialist Renaissance Party (PASV). During the meeting, the head of state, also acting as secretary-general of the Syrian branch of the party, said that such terrorist organizations as the "Islamic State" emerged as a result of the aggressive military policies of the Western countries and their allies against Syria. These countries continue to arm Islamist organizations to destroy the Syrian state, undermine the security and unity of the Syrians, the head of state said.

The Syrian army continues to fight terrorists. Fierce clashes are currently underway in the south of the country, in the provinces of Dara and Kuneitra. In the villages of Sheikh Miskin and At-Teiba in the province of Dara, the army team conducted large-scale special operations, destroying the camp where militants were trained, as well as the room where they were making home-made shells. Dozens of terrorists eliminated. In Quneitra province, the military repelled an attack on a roadblock, destroying a militant transport convoy.

Contrary to the efforts of the Syrian army to combat terrorism, Western countries continue to cover the bandits and murderers. In the UN Security Council, they rejected the draft statement proposed by Russia. The document was directed against the threat posed by anti-Syrian terrorists in connection with the manufacture and use of chemical weapons. The project concerned not only terrorists in Syria, but also in Iraq and Libya. As the Permanent Representative of Russia to the UN, Vitaly Churkin, said, during the discussion of the statement, the delegation of the Russian Federation came across double standards on the part of some Security Council members. 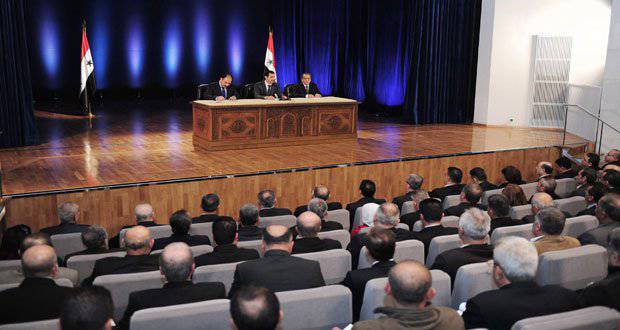 Instead of discussing the most important issue - the fact that chemical weapons fall into the hands of terrorist groups - Russia's opponents began to "turn the arrows" ... on the Syrian government. Although it would seem that the issue with the chemical weapons of the SAR was resolved a year ago - with the country's accession to the Organization for the Prohibition of Chemical Weapons (OPCW), whose staff had no complaints about official Damascus. On the contrary, all the experts of the OPCW have argued that the Syrian leadership is fruitfully cooperating with the organization and fulfilling all its obligations.

As for the terrorists, there is a real danger that the fanatics of the “Islamic state” can use chemical weapons against civilians. If they did not stop before public executions carried out in the most brutal ways, then for the sake of their distorted faith, they could ruin a huge number of people with the help of poisonous substances.

The West has always covered terrorists of all stripes. In particular, the United States and its allies made great efforts to thwart the investigation of the use of chemical weapons by anti-Syrian terrorists in the village of Khan Al-Asal of Aleppo Province in the spring of 2013. And now the patrons of the bandits “hushed up” in the UN Security Council a statement on the issue of chemical weapons, which again could threaten civilians.

Vitaly Churkin stated on this occasion: “In conditions when terrorists continue to develop skills in the production and use of chemical warfare agents and other types of weapons of mass destruction, double standards are unacceptable and may have a detrimental effect.”

Unfortunately, in the near future we cannot expect the sobering of those who continue to cover the crimes of terrorists. So, civilians are again threatened by new terrible crimes.