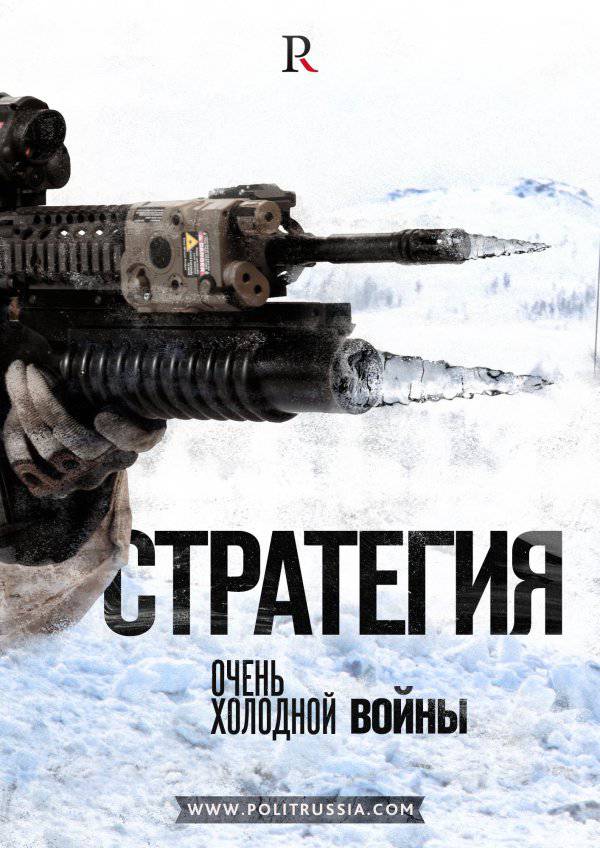 Once upon a time, when the USSR was still at the peak of its power, and the then young Brezhnev was at the helm of the country, one of the quarrels between the first secretary of the Moscow Central Committee and the first secretary of the Central Committee of Uzbekistan sounded the following phrase: “Nikolai Grigorievich, the air defense of the capital begins not in Moscow, it begins in Tashkent. ” In general, for good, on this phrase, you can finish the article about the deployment of Russian air defense systems "Pantsir-S" in the Arctic, because the answer is more than exhaustive. But, nevertheless, we will try to figure out why the Russian Federation and personally we need to deploy and build up an air defense / anti-missile defense force group on the Arctic Ocean archipelago.

As you know, a few days ago the Russian Defense Ministry placed the first three Pantsir-S systems in the Arctic, which belongs to Russia. The need for such a step is dictated by several factors.

1. First of all, of course, the defense of the Russian borders from possible attacks from the air. The system "Shell-S" - quite successfully copes with both unmanned and manned targets at altitudes up to 15 kilometers. Where in the Arctic can an air or missile attack come from, and why exactly there, is easy to understand if you remember that the earth is spherical and, despite the fact that from Russia to the United States transport moves through the Pacific or Atlantic oceans, the shortest route is a flight through North Pole. Of course, due to the peculiarities of navigation and the specifics of the region, civilian ships and aircraft prefer to use more familiar, proven and safe routes, but combat aviation, and especially unmanned, including missiles, all these difficulties do not cause problems. And, first of all, for this reason, it is necessary to have a high-quality air defense system as far as possible from all infrastructure centers and closer to the borders of a likely enemy. This is especially true because of the American concept of a quick global strike. And, of course, if, God forbid, it comes to this, it is necessary to intercept all the death-carriers from democracy to the maximum on far approaches. Incidentally, the already missed-on EUROPRO has about the same goal - to divert the interception line as far as possible from the US borders. It is worth noting that in recent years, the EUROPRO project has somehow been blown away - probably after the disappointing results shown by the American Aegis air defense system (one, two). Thus, we see that the first signs of the Northern Air Defense of the Russian Federation have already flown, and as you know, the “Shell-S” systems themselves will not stand in the Arctic, since they are used to cover more serious systems of the S-300, 400 family, 500. Well, the armor itself is being covered by ground forces.

Thus, Russia decided to tightly take up the protection of its airspace in all directions. Well, besides this, apparently, Russia has changed the concept of creating defense on the northern frontiers. This is noticeable even by the fact that for the Russian Navy they are starting to build their icebreakers, which was previously the prerogative of civil navigation. And if you look at everything in aggregate, then we get the northern sector of defense, consisting of a number of both defensive and offensive weapons, consisting of an armada of the Northern and Pacific fleets, including nuclear missile submarines that can shoot even from under water and appear imperceptible to satellites from under the Arctic ice. Covers from the air from most of the shock systems of the enemy unfolding air defense. And a developing military icebreaking fleet, while providing both strike and defensive systems (air defense / missile defense), will be able with enough impunity to go along the shortest route and follow the grouping of attack and landing ships. Also, it is worth noting that the buildup of groups of troops in the Arctic is taking place against the backdrop of ongoing disputes over the Arctic and the panic of the West over the buildup of Russian weapons in the region. And this panic is sufficiently substantiated, since the West, and no matter the US or the EU, in fact, will have nothing to counter Russia in an attack from the north. We, in turn, having a fairly good air defense / missile defense “umbrella” in other areas, successfully closing the last obvious gap in the defense. Of course, at the moment this is only the beginning, and the final construction of protection systems for all the country's frontiers will not end too soon - now the defense of the Arctic is at an early stage, but the main thing is to start, as others do not even have progress in this direction.

2. The second, important factor that Russia takes into account when deploying military systems in the Arctic is the fact of military presence. Due to this, such incidents as the attack of a completely frost-bitten Greenpeace on the Russian oil platform, are moving from the plane of an unpleasant, but tolerable phenomenon, into the plane of not even science fiction. Also, the military presence, which includes the construction of military bases, and the organization of supply, and the deployment of research bases, in itself will improve the economy of the region. After all, the transport fleet and aviation, research vessels, geological exploration, supply - all this will considerably improve logistics, demography and other opportunities of Russia in the Arctic region.

3. And finally, the third point, which is more directly related to the economy, is that the expanded logistics and revitalization of the northern sea route in the region will be the best advertisement for its use. Today, the West, and the East too, although they understand the benefits of using the NSR, but still do not fully believe in the possibility of implementing such a project. After all, the project itself involves the use of several other ships, a slightly different training of specialists, a different navigation. In the case, if Russia can prove to the world that walking through the northern sea route can be quickly, conveniently and safely, despite the fact that help is always there, then there will be no stupid people who will lose time and money using the classic southern route. A bonus to this is that we, in addition to the military presence, have already begun to build new ships for use in the Arctic Ocean, and they will soon become operational, providing Russia with a transport monopoly in the region.