November 21, 2014
15
The US military is watching the new space object, which in the Western media has already been called the new Russian "satellite killer." In particular, this is reported by the Russian TASS news agency, citing representatives of the Strategic Command (Stratcom) of the Pentagon. Stratcom employee Martin O'Donnell noted that the surveillance is being carried out on the 2014-028 object (the satellite received this name in the media). At the same time, the US military refrained from commenting on the purpose of this spacecraft, did not comment on this information in NASA and NORAD - the United Command of Aerospace Defense of North America. At the same time, the Ministry of Defense of Russia and Roskosmos also did not give any official comments about the unusual satellite.

Today we can say with full confidence only that some space object was actually discovered. However, the true purpose of this object remains unknown. Russian military experts reacted to news in the Western media about the launch of the Russian killer satellite, quite skeptical. It is worth noting that a wave of hype in the press was raised after 18 in November, an article about the Russian "satellite-killer" was published in the international edition in English Financial Times.

The object, which was identified as “2014-28E Object”, is displayed on a specialized site, where you can track the movement of satellites in Earth orbit. It is reported that he was delivered into space by a Russian launch vehicle back in May 2014. Also, this rocket put into orbit 3 military communications satellite "Spring". Initially, this object was classified as space debris, but recently it began to move in orbit. In particular, it is reported that he was approaching other Russian satellites, and last week to the remains of the stage of one of the missiles. Some Western experts considered that this object could be an experimental satellite capable of performing military functions. 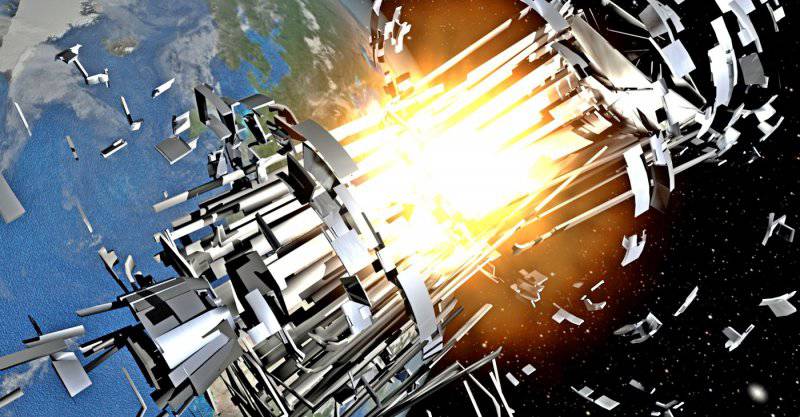 In an interview with the British FT, Patricia Lewis, who holds the post of research director at the Chatham House analytical center, said that 2014-28E resembles an experimental apparatus. Its functions can be very different: part of the civil, part of the military. There is a possibility that he has a capture device, he can also jam other satellites or carry out cyber attacks on them. However, his appointment may be purely peaceful, for example, in the Financial Times noted that it can be used to refuel, repair or clean up space debris.

The Financial Times notes that the ability to destroy a satellite or disrupt the operation of an entire satellite constellation of enemy communications can be considered as part of a powerful military potential. But the legacy of the arms race and the “space race” in recent years, especially after the fall of the “iron curtain”, has faded. Many secret developments of scientists from the USSR and the USA were slowly set aside. However, in recent years, interest in the topic of use weapons reborn in space. Journalists from the British newspaper recalled that in 2007, the PRC launched a rocket, which succeeded in hitting the Chinese satellite. And in the 2008, similar tests were conducted by the United States.

At the same time, Russia in the past was one of the main supporters of the signing of an international agreement to prevent the deployment of weapons in space, but Moscow’s efforts were unsuccessful, British journalists state. FT presents an opinion of an unnamed military expert from Russia, who noted that against the background of the rapid advance of other states and the cooling of relations between the West and Moscow against the background of the Ukrainian crisis, Russia could revive a program to create a satellite fighter, now it could make sense .

An unnamed expert in an interview with Interfax noted that the experimental mini-satellite can be used to test fundamentally new engines. Since in May, the Rokot carrier rocket launched from the Plesetsk cosmodrome launched a military communications satellite into 3 orbit: 2496, 2497 and 2498, the fourth satellite, which has become known only now, received the following ordinal 2499 Cosmos. An expert in an interview with Interfax drew attention to the message that appeared on the website of the Moscow Institute of Physics and Technology, which states that in October 2014 of the year, full-time work in Earth orbit as part of a spacecraft created by JSC Information Satellite Systems. Reshetnev ”, began correction blocks based on Hall-type plasma thrusters belonging to the new generation. It is quite possible that the 2014-28E object discovered by foreigners is related to these tests. 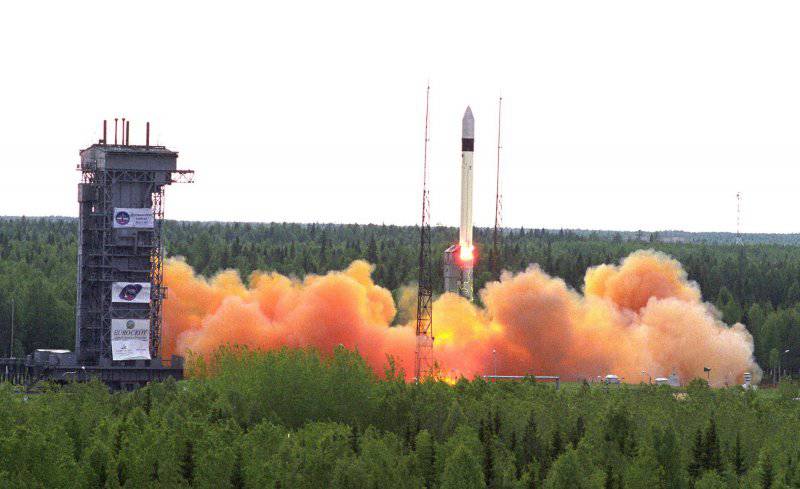 It is worth noting that Hall-type plasma engines are classified as electromagnetic engines with an external magnetic field. In engines of this class, closed electron drift plays a fundamental role. Currently, the Russian Federation is a leader in the creation of such power plants. Russia managed to accumulate a unique experience of their practical use. The first flight tests were carried out back in the 1971 year, and in the 1982 year, such engines began to be used routinely in space. The main field of application of such engines is the maintenance of geostationary communication satellites in the directions "west-east" and "north-south". Starting in 2004, Hall engines from Russia began to be used on board foreign spacecraft from leading companies in Europe and the USA. At present, three of the five leading companies producing space satellites use Russian Hall engines - these are Space Systems / Loral (USA), Thales Alenia Space (EU) and EADS Astrium (EU).

The expert confirms this version as the fact that Kosmos-2499 can only be a mini-satellite, its mass hardly exceeds 50 kg, considering the mass of the payload that it can take to the rocket close to a circular orbit The carrier "Rokot", which, among other things, brought into space and 1500 military satellite "Rodnik" quite a rather big mass. He also noted that if traditional engines were used on the satellite, given the limitations on fuel reserves, the satellite would not be able to perform the number of maneuvers mentioned. Hence the conclusion that something new, most likely a miniature new engine, is actually being tested on this spacecraft.

It is worth noting that in the USSR there really existed a program to create anti-satellite weapons called “Fighter of satellites”. So 1 of November 1968 of the year was successfully attacked, when the Cosmos-252 space interceptor was able to destroy the Cosmos-248 satellite target in orbit. The anti-satellite system developed in the Soviet Union was in service with the Space Forces up to the beginning of the 80 of the last century, it could guaranteed hit any satellite. However, it is premature to say that the work under this program was resumed again. In addition, for the destruction of satellites, there are plenty of other simpler and cheaper options than the creation of fighter satellites.

Yuri Zaitsev, active academic adviser of the Academy of Engineering Sciences of Russia, believes that the very fact of when the launch of three newest modifications of Strela-3М Rodnik low-orbit communications satellites was detected in the West, but the fourth satellite was overlooked, is excluded. The United States today has a fairly accurate and powerful space surveillance system deployed, with even Russia sometimes using their data. Therefore, Yuri Zaitsev believes that information about the appearance of the Russian “satellite fighter” is simply sucked from the finger. He expressed his opinion in an interview with the Free Press. The very appearance of such information, he called the indiscriminate accusations from the West against Russia. 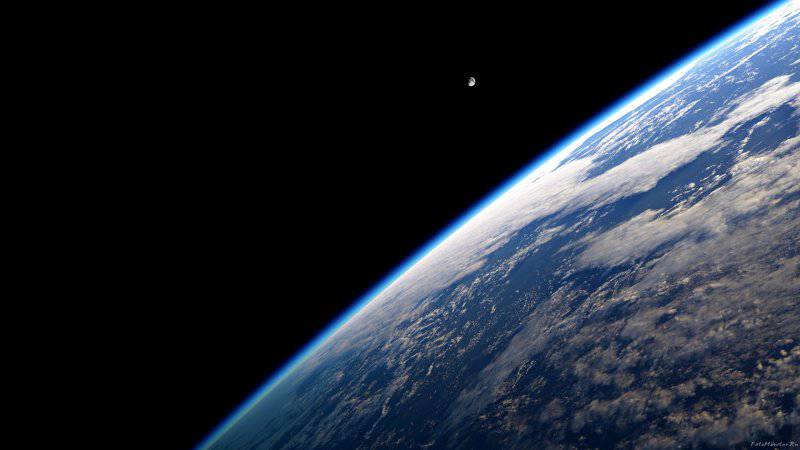 Another military expert, Viktor Myasnikov, noted that the whole message of the article in the Financial Times comes down to the fact that some object was found among the space debris in orbit, which may not be “garbage”. At the same time, the article contains the opinions of experts, but there is no specific information, data - why the detected object cannot be a dead satellite, its part or other space debris. Myasnikov noted that, as he understands, this unit does not emit signals and simply flies among other debris in a certain orbit. The fact that this device has never been seen before, but suddenly it suddenly appeared, may indicate either the imagination of the people who discovered it, or that it was simply overlooked. But it is difficult to believe in it, since the USA has powerful over-the-horizon radars and hundreds of satellites in orbits. Viktor Myasnikov also believes that everything that happens is just another fantasy and speculation from the West.

It is easy enough to shoot down any satellite with a percussion weapon: with a conventional pig or a steel shot cloud that simply holes vital satellite systems, first of all, solar batteries. In addition, there are various systems of electronic suppression, when all the chips can burn from the pulse of an electromagnetic bomb. In this case, in the case of the start of full-scale hostilities, the enemy’s space systems will be put out of action first of all, which will lead to the disruption of the interaction of all ground, air and sea components. However, this does not necessarily run into orbit any objects that would remain there.

Viktor Murakhovsky, editor-in-chief of Arsenal of the Fatherland, who is also a member of the Expert Council of the Chairman of the Military Industrial Commission under the Russian government, notes that a number of satellites are “not announced” - this is a common practice from both our country and the United States. For example, every year the United States National Space Defense Agency, which is launching and operating military satellites, puts objects of unannounced assignment into which the information cannot be found into Earth orbit. It is clear that our country has the full right to do the same. Therefore, there is no sensation in the fact that an “unaccounted” Russian working device was found in orbit, no.

If we talk about the program “Fighter of satellites”, then it implies the presence in the Earth’s orbit of military facilities that could knock down the enemy’s satellites. However, even in the USSR, this program was recognized as very expensive. Therefore, the development of a satellite interception system based on the MiG-31D interceptor fighter, which was equipped with the 79М6 Kontakt anti-satellite rocket, began in the Soviet Union. Let's just say now this program is resumed, noted Victor Murakhovsky. 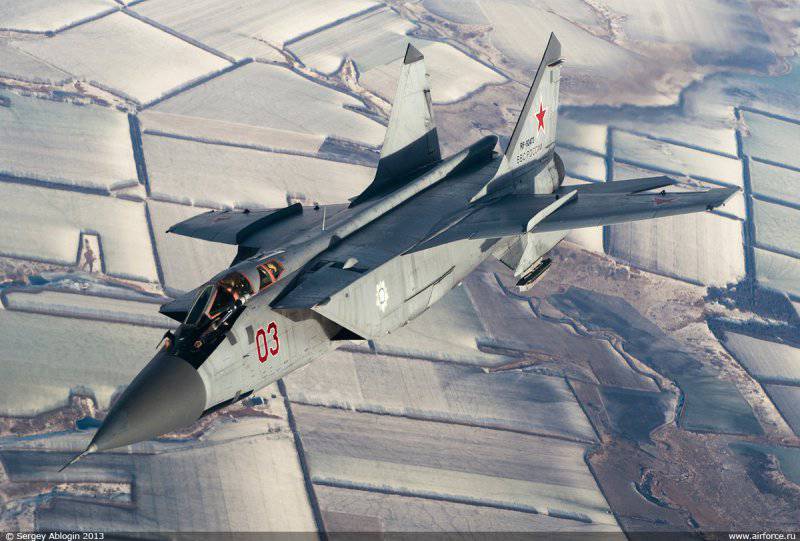 There is another relatively simple and very effective way of dealing with satellites - raising the 200-250 km of a warhead with a capacity of about 1 megatons to the height. After the explosion of this warhead, all satellites within a certain radius of destruction simply "die out", this will all happen in seconds. Of course, no one has yet canceled the method of individual interception of space objects, but at present neither Russia nor other countries have in orbit satellites that would be designed to intercept, the editor-in-chief of Arsenal of the Fatherland noted. Obviously, any satellite has its lifetime and it’s simply irrational to keep it orbiting the Earth all the time. In this case, ground-based antisatellite systems are much more cost-effective and cost-effective.