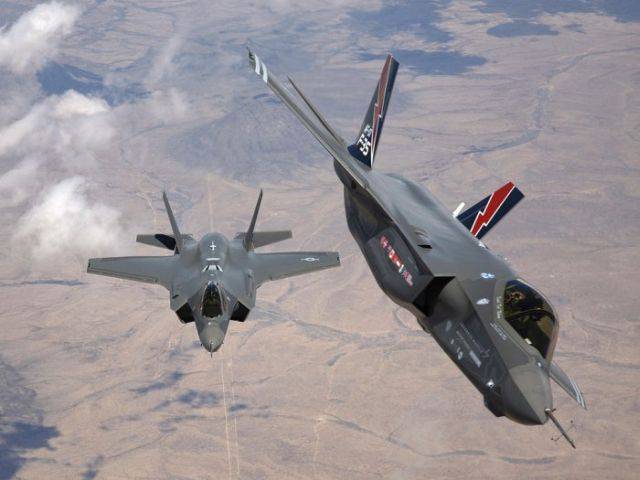 In October, 1957, five years before Fletcher Knebel published his famous book, Seven Days in May, he wrote an interesting article that was posted on his pages by one of the most popular magazines of the time. The article was called “Instant Death of the Air Force” and was dedicated to the development and transfer to service of guided missiles, which easily destroyed the combat aircraft in service with the American Air Force.

"This should be heard in the Pentagon corridors, at our bases dispersed throughout the world, in the offices of the design bureaus: today air belongs to missiles," Knebel wrote in his article. In this situation, the article became a kind of prophecy, and now, more than 50 years later, we see how right the author is.

It should be noted that Knebel is not the first to predict the unsightly fate of the US Air Force. Earlier, something similar in his book on the participation and role of the military aviation in the Second World War, military historian Martin van Creveld wrote. The scientist praised the air force as the main means of reconnaissance, but at the same time indicated their weakness in confronting powerful air defense and, for the most part, the confrontation consisted of fighting for air, which practically did not bring any benefit to the ground forces.

The air force reached its peak in the Second World War, van Creveld argues that the fierce disputes over further developments in the field of military aircraft have led to a decrease in the effectiveness of this type of weapon. However, the scientist pointed to the fact, but do airplanes need modern armies?

His arguments are quite simple: war between countries possessing nuclear weapons will be significantly different from all previous armed conflicts and given this, new aircraft will not be more efficient than old aircraft. At the same time, new equipment, both at the stage of creation and production, requires huge financial investments, which means that there will be fewer aircraft and the unit commanders will try to put the expensive equipment at risk as little as possible. The development of space systems and unmanned aerial vehicles has led to the fact that the traditional Air Force is not decisive in the war.

But there are facts that refute van Creveld's theses, that future aviation will be less effective than during the Second World War. Consider as an example the statement by Eric Shinseki, the chief of staff of the US Army, which he made during a report to the US Congress: “Today, ground units depend on who owns the airspace during a local confrontation, but sometimes air support comes in 25 minutes after the request, and this is a long time.

Of course, 25 minutes is a long time when seconds are being decided, but on the other hand, during the same World War II, the appearance of support aircraft in the air an hour after the request was considered a success. This is the difference in 35 minutes, which proves that the efficiency of modern aviation is much higher, and it continues to grow. Today, the air forces are armed with high-precision weapons, which make it possible to effectively deal with enemy ground targets and at the same time reduce the risk of missiles and bombs falling on their own positions, which quite often happened in the past.

Van Creveld also doubts that advanced technologies are worth the enormous costs that undoubtedly arise at the development stage of modern aviation technology. The current military conflicts have become an excellent demonstration of the fact that modern air defense systems are capable of destroying airplanes worth hundreds of millions of dollars with the same efficiency as before. The only difference is that now with the loss of one plane huge money is lost.

As a refutation of the thesis of Fletcher Knebel and Martin van Creveld about the ineffectiveness of the Air Force and as a result of their uselessness, we can recall the most famous armed conflicts, victories in which were achieved mostly due to the participation of military aviation in them.

Thanks to the air force, in the Six-Day War 1967, Israel achieved an outstanding victory and at the same time the losses of military equipment and manpower were minimal.

After 5 years, in the 1972 year, during the American military operations in Vietnam, the truth was confirmed: "Who owns the sky, he owns the land."

During Operation Storm in the Desert, the American army won literally 100 hours, but it must be admitted that military aviators performed a significant part of the “work”, who delivered accurate missile and bomb attacks and thereby significantly weakened the enemy.

These three examples prove that the presence of aviation on the battlefield is not only necessary, but sometimes the outcome of the fight depends on it. Of course, it is not possible to disagree with Knebel and the baths of Creveld, since in part they are right. The development of space systems and the emergence in service of the armies of many countries of the world of modern guided missiles somewhat reduce the capabilities of aviation technology, but despite this and endless talk about the exorbitant cost of modern aircraft, it is not realistic to refuse to use military air forces.

We are in Yandex Zen
An-12 in Afghanistan
History of Soviet Aviation. Polikarpov P-1 - the first serial Soviet aircraft
7 comments
Information
Dear reader, to leave comments on the publication, you must to register.