Who will sit in the presidency in 2012? Poll

August 22 2011
130
In March 2012, the presidential election will be held in Russia. For the first time, the president of Russia will be elected for a six-year term. Currently, one of the main topics of Russian politics is the question “Who will become president?”. The majority believes that the main intrigue of the upcoming elections will be which of the ruling tandem will nominate his candidacy for the elections - Putin or Medvedev. However, the easiest of scenarios is not always true. Therefore, the field for fantasy remains with us even now.


Thanks to the “effective management” of the previous president, Vladimir Putin, the dependence of the Russian economy on Western countries has exceeded all thresholds. Under the sonorous brand of the “energy empire” of Russia, it is increasingly turning into a raw materials appendage of the West in every sense of the word (the share of fuel and energy complex products in the country's exports: 1995 - 42,5%, 2000 - 53,8%, 2005 - 64,8%, 2010 - 70,8%). All these “Southern” and “Nordic streams”, bypassing the former Soviet republics, speak only about one thing - the Kremlin is trying to sell the maximum possible raw materials to the West as quickly as possible and more expensive while there is demand. At the same time, gasoline crises are already occurring in Russia itself, but for the ruling elite the main thing is the conversion of the country's reserves of raw materials into foreign currency. 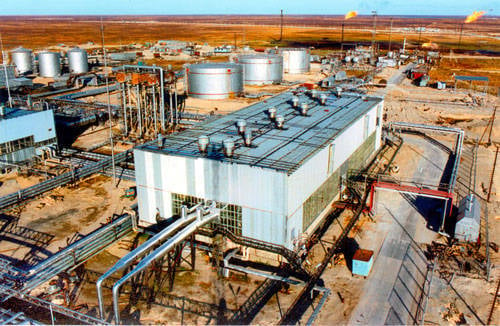 Meanwhile, the US national debt, the EU crisis, and the general aggravation of the economic crisis on a global scale place the Russian elite in a rather difficult position. Being very tightly tied to Western economies and currencies, our elite do not have the ability to play an independent game. The problems of the West immediately become the problems of Russia. To the mass of our own unresolved problems, we also get the problems of the West. The political and economic initiative is in the hands of global players, with the Russian elite lagging behind world events. The coming years, which are likely to be accompanied by global global destabilization, are fraught with many dangers. Under these conditions, the position of the president of the country also becomes quite dangerous. At one time, neither Putin nor Medvedev has proven to be politicians who can take political responsibility for the future of Russia. Therefore, there is an assumption that the next president of Russia will have to play the role of a “lightning rod”, which will save the main political players from popular discontent.

In the run-up to the 2008 crisis, the combination with the “successor” was played in Russia. The meaning of the tandem was to spray responsibility between politicians. All this time, the media has only confused the audience with versions of which of the two “kings” is more important and who is responsible for what questions. In these disputes, the topic of the responsibility of the authorities for everything happening in the country was somehow forgotten, which was what was required to be done.

The very construction of the tandem, meanwhile, weakened the already low discipline of the state apparatus and, in fact, turned the plundering of the state budget into a competition between two teams that compete for who will use more funds for the “modernization” of Russia. At the same time, the world economy is entering an era of cuts in government spending. The threat of default in the United States made it clear that the policy of saturating the world economy with money came to an end. To overcome the crisis by increasing government spending and stimulating consumption will not work. On the agenda is a new plan. The era of global economy, unpopular reforms, a new wave of privatization, reduction of the state apparatus is coming. 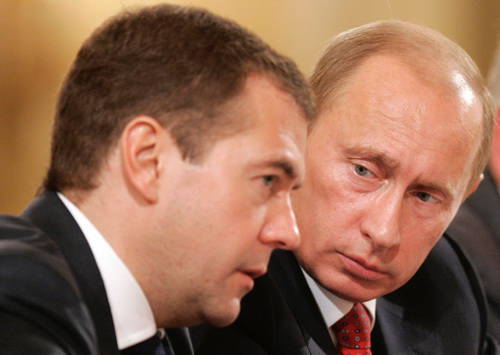 Naturally, the Russian ruling class will be reformed under the current situation. Already, the authorities need to get rid of the ballast of petty corrupt officials who have attached themselves to the regime, for whose maintenance there simply is no money left. Now the authorities, in fact, are destroying the party "United Russia" with their own hands, which has gathered almost all the Russian corruption class in it. Currently, the party write off on a rather complex technology:

- the organization of corruption cases against a number of middle and lower levels of the party;

- Change of the governor corps. In modern conditions, it is the governors that rule the local branches of the party. New personnel will be able to solve the problem of the collapse of the party more effectively than the old;

- the creation of the “Popular Front”, under the roof of which those cadres who are not subject to the ongoing “sweep” will find protection for themselves;

- promotion of the Right Cause party, as a banner of economic liberalism and an alternative to the dominance of bureaucrats;

- PR company "United Russia" in the media and on the Internet, as "the party of crooks and thieves," etc.

Since the future president of Russia is doomed to conduct unpopular reforms and reduce social programs, populist public relations in this position will practically not be possible. For Putin, for example, this option is completely unacceptable. The factor of popularity among the broad masses for him is decisive, it is precisely because of him that he is kept in big politics.

According to the logic of development of events, Medvedev could again be elected president for the next term, while Putin would have remained the prime minister and the “national leader.” But a simple repetition of the existing structure deprives the choice of at least some meaning. At one time, G. Lebon wrote: "The main duty of state people should be ... renaming and naming the popular or neutral names of those things that the crowd no longer endures under their former names." In addition, Medvedev’s hardware position is growing stronger and there is no guarantee that if he is re-elected for a second term, he will not begin to pursue an increasingly ambitious policy towards the current premier. 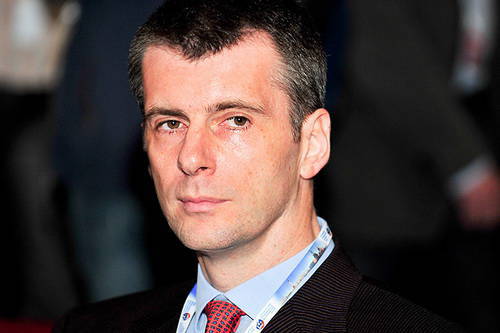 Proceeding from this, a new controlled president is needed who will take on the entire burden of public discontent and unpopular reforms. At the same time, a figure who does not become familiar in Russian politics should play this role. According to tradition, Vladimir Zhirinovsky was entrusted to run in a new idea. The latter has already made statements that Russia wants to see new people in power, therefore neither Putin nor Medvedev should be president of the country. According to Zhirinovsky, an ideal situation would be that in the course of the December elections to the State Duma the party in power would receive no more than 40% of the vote.

Thus, a new figure should emerge on the Russian political scene, and United Russia will have to share its voters with other parties. It is not excluded that Mikhail Prokhorov is declared this new figure. He has no political experience and his own political team, which makes him controlled and manageable. At the same time, Prokhorov is an excellent invoice for an advertising campaign. A young, athletic, tall, successful businessman in everything is capable of replacing an aging Putin in the role of the “Russian James Bond”. Inexperience in political affairs and the accompanying idealism only strengthen the effect of persuasion. The main task of Prokhorov is to save the existing System by partially reformatting it and transferring it into a new attractive package.

The key post in the existing System will remain the post of prime minister, which will be controlled by the security forces and financial flows. The importance of this post will only increase in connection with the adopted privatization program, which already now claims to be one of the largest in the world. 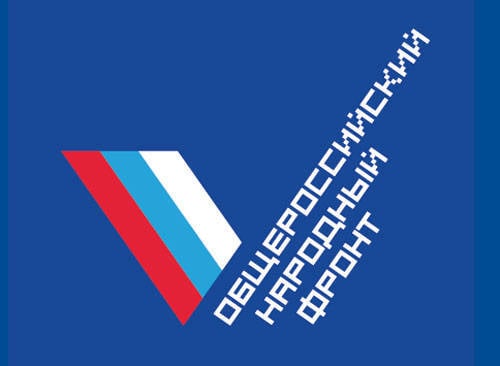 The final appearance of the “modernized” System will be determined as early as the parliamentary elections in December 2011. Already, we can say that the meaning of the “People’s Front” project is to guarantee Putin the premiership. Now the “Popular Front” is a personal project of the Prime Minister. Having obtained the majority of seats in the State Duma, the “front” was presented to ensure his further political future for Putin. Vladimir Putin is being re-traded to the “highest authority” of the authorities and the “patriarch of Russian politics”. The technical aspects of the presidency and the “sports” part of public relations will be assumed by the new president of Russia, Mikhail Prokhorov.

In all these combinations, Dmitry Medvedev turns out to be an extra piece. To this day, he failed to win the popularity of the masses, despite the great efforts of the propaganda machine. For a full six-year term, Medvedev is already too weak a cover for the existing political system. The position of a lecturer at Skolkovo would be a completely comfortable conclusion to his political career.

At the same time, people from Medvedev’s inner circle can easily be retrained as Prokhorov’s supporters. In order to strengthen their own hardware positions, they need the “Just Cause” to gain the largest possible number of seats in the State Duma. The competition between the “Right Cause” and “United Russia” is a struggle for the size of the shareholding in the future configuration of the Russian government. At the same time, the Russian elites are going to maintain the internal balance within the System by regrouping forces.

Mikhail Prokhorov is introduced into the game with the goal of balancing the existing political system. He himself claims that going to politics is his initiative, maybe this is indeed the case. The main thing is that the Kremlin supported this initiative. At the same time in politics and literature there is such a thing as “script self-development”. Many well-known writers recognized that by inventing a general narrative scheme and heroes, at some point they began to depend on them. After that, the hero himself drove the pen of the writer. This happens in politics. At present, the project of Mikhail Prokhorov is only at the “start-up” stage and is “led” from the Kremlin, considering it only as another figure in the games of the existing political Olympus. At the same time, as Prokhorov acquires his own political face, the situation may change, and the slave may unexpectedly become the leader.

We are in Yandex Zen
Quiet sufferer (Der Spiegel, Germany)
20 years after the war in Bosnia 1992-1995: rare photos of the conflict
130 comments
Information
Dear reader, to leave comments on the publication, you must to register.