November 20, 2014
16
At a meeting in Brussels on November 17, the EU foreign ministers instructed the European Commission and the EU foreign affairs service to prepare proposals for expanding the list of “separatists” from the LPR and the DPR by the end of November. There are no plans to impose sanctions against Russia. Moreover, euroministres are clearly dissatisfied with the results of the “reforms” in Ukraine. 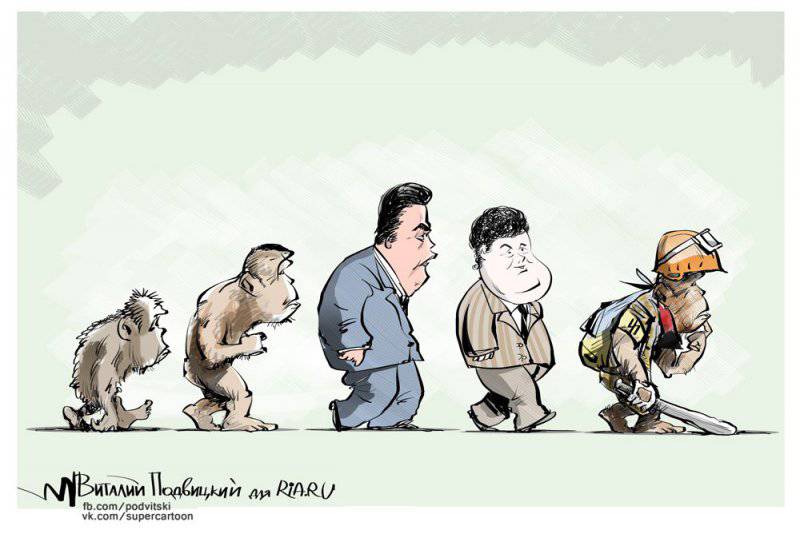 According to the Western press, the European Council instructed the EU foreign affairs service and the European Commission to develop an additional personal list of those seen at managerial positions in the LC and the DPR - in short, of the leaders of the self-proclaimed republics. The list should be on the tables at the head of the European leaders by the end of November 2014.

The Council called for more active negotiations on the situation in Ukraine within the framework of the tripartite contact group (Russia, Ukraine, OSCE).

A message was also posted on the EU Council website about the “illegality” of elections in the Donbas that took place on November 2. Stated that the EU does not recognize them. Brussels still insists that this election contradicts the Minsk agreements.

It is also circulating in the Western press that the European authorities do not intend to impose sanctions against Russia, however, they may return to this issue in a month. These kinds of messages come from some "unnamed officials," so there is no point in attaching importance to this "news". Obviously, this is simply a miserable attempt by Brussels to justify itself in front of Washington - for the fact that far from all EU members support sanctions against the Russian Federation. For example, Greece, Cyprus and Austria openly expressed their doubts about the need for new sanctions. As for the supporters of the “tightening”, then “ba, all familiar faces”: Estonia, Latvia, Lithuania, Poland, Sweden and some others. In general, all those who are terribly afraid of attacks by flocks of Russian submarines, a superman from the Kremlin - in short, their own propaganda.

So, there was no talk about strengthening sanctions against Russia at the 17 meeting. This fits well with the statement made before the discussion of the main person on sanctions - Angela Merkel. She said that the meeting would not consider the expansion of sanctions against the Russian Federation. She further spoke of the need to introduce visa and financial restrictions for those persons of the LC and the DPR who took positions at the end of the November 2 elections. In essence, the European Union followed exactly the “recommendations” of Merkel.

As regards the LPR and the DPR directly, the republics from possible sanctions will neither become hot nor cold. For example, the head of the people's council of the LPR, Alexei Karyakin, said the following: “They simply cannot influence us in any way, we don’t go there, we don’t have anything there, no one there waited and didn’t wait, we will survive somehow.”

The meeting of the foreign ministers of the EU countries 17 November is interesting in another sense. Not in the "sanction".

The fact is that Brussels has noticeably cooled in recent weeks towards Kiev. We have already written about this in the "VO" in connection with the gas issue. It's time to develop a theme.

First, it should be noted that in the EU no one argues with Russia about gas for Ukraine.

18 November RIA News" published a statement of the permanent representative of the Russian Federation to the EU Vladimir Chizhov.

“Russia is assisting efforts to overcome the crisis within the framework of the Minsk agreements, in economic and humanitarian terms,” comrade Chizhov said at a security conference in Brussels. He said that in order to reach an agreement on the winter gas package, “Russia made huge concessions that are not comparable in scale with the assistance provided to Ukraine by the European Union and the United States combined.”

Secondly, the same Chizhov on November 17 gave a comment on the meeting of EU foreign ministers, in which he noted that the EU was sending Ukraine certain signals about the “reforms”.

The EU’s calls for Kiev to carry out reforms reflect the EU’s understanding that Ukraine is not implementing the promised reforms, the Permanent Representative of the Russian Federation to the EU said.

“If this can be seen as positive, the EU ministers have increased the signals towards Kiev in terms of reforms. Obviously, realizing that no reforms have yet been implemented in the capital of Ukraine, including the reforms that they had previously promised to the European Union, ”said Comrade Chizhov.

Then he said what the EU ministers are saying about the same reforms: “It is said, in particular, that it is necessary to develop a national consensus and on this basis to intensify the much-needed political and economic reforms. This is typical, including constitutional reform, decentralization, and so on, and including ensuring the rights of persons belonging to national minorities. ”

In addition, the diplomat said that the head of EU diplomacy, Federica Mogherini, did not speak at a press conference about whether she expected to discuss sanctions against Russia at the EU summit in December. Chizhov commented on it as follows: “I think that this is correct, probably from her side in this situation. As far as I know the mood, some ministers made public statements on the eve of today's event. Some said that it was necessary to tighten the sanctions, while others said that they did not see any point in this. And, probably, there were most of them. ”

It turns out that Brussels expresses clear disappointment in the way Kiev follows European directives. The EU gives Kiev money in batches, and the output has a zero result. Kiev, on the other hand, is, of course, Brussels does not inspire. They can speak in Brussels too! From this, the EU’s position on sanctions against Russia is quite understandable and fairly weighted this time: they will either not be introduced at all or are postponed indefinitely. Obama, of course, will be unhappy if they are not introduced in December, but the EU authorities should take into account, apart from the promises of Washington, the split in their own ranks. Deepen it would be the last folly.

Experts point out that anti-Russian rhetoric and sanctions cost the EU very expensive. After all, the bourgeoisie (and the power in the capitalist world is an exclusively bourgeois concept, it suffices to see from which families and from which past the rulers come, as well as parliamentarians) can count money.

“The crisis in Ukraine is an American venture,” said "Free Press" political scientist Sergey Mikheev, - and Europe was simply used. Firstly, to give legitimacy to the whole process, and secondly, because European integration was the main slogan of the Maidan (although now nobody is seriously talking about it). Being used, Europe has gone through several stages in its attitude towards Ukraine. At first there was a romantic stage, when it seemed that everything would work out in Ukraine, and it would be possible to kill two or three birds with one stone. The second stage came in the summer, when it became clear that everything was not easy, but Europe decided to rest and support American pressure on sanctions after the collapse of the Boeing. Without the Boeing, Europe’s sanctions would not exist or they would be symbolic. ”

Now, according to the expert, Europe is “creeping into the next stage,” realizing that “the crisis will not end quickly, you will have to spend a lot of money on it, in addition, relations with Russia are spoiled.”

As a result, Brussels got destabilization "in the heart of Europe." In addition, the result of the efforts is unpredictable, because what is happening in Ukraine is “not as black and white as it was seen in winter or even in spring.”

And European rulers began to wonder: “Why is all this necessary if Europe does not receive any dividends?”

The analyst believes that “disappointment and insight will increase,” although this is not a “quick process”.

There is a slightly different opinion. He was expressed by “SP” by the deputy director of the Center for Political Technologies, Aleksey Makarkin. He believes that the EU will continue to support Ukraine, however, on very harsh conditions.

“I would not say,” he noted, “that Brussels is completely disappointed. Some reforms are still underway. For example, anti-corruption laws were adopted, because the IMF loan directly depends on this, without which the Ukrainian economy will collapse. ”

Nonetheless, the Europeans "are wary of looking at coalition talks. They are not sure that the parties will be able to agree at all. The forces are too heterogeneous; the majority must include the Lyashko Radical Party and the conflict Tymoshenko. If one party leaves the coalition, there will not be a constitutional majority, which means that the parliament will not be able to change the Constitution, which the EU wants. ”

Now the Europeans are "frozen in anticipation." As for Kiev’s promises, both the EU and the IMF “will constantly remind Kiev of its obligations,” the expert said. European politicians and financiers from the IMF "understand that it is worth loosening control, turning away for a while, as the Ukrainian authorities are immediately tempted to postpone the adoption of some laws, cut them down, and so on."

In any case, let us add to this, Europe opens its eyes wider and wider - and sees Ukraine better and better. The one that, sharing “European values”, stands on the border with an outstretched hand. The European bourgeoisie would like to see a second outstretched hand, with “dividends”, but it seems that they will be in for a real disappointment, whatever the various American puppets would say at the meetings in Brussels.

In fact, a half-blind European Union is being treated simultaneously by two advanced ophthalmologists: Ukraine and Russia. If the first one is a bottomless pool where Western capitals are drowning, then retaliatory sanctions of the second even more upset the European capitalists, who are used to getting good profits on the Russian market.