November 19 2014
6
The CM-170 Fouga Magister is a two-seat jet trainer aircraft, which was designed by French designers, the main purpose of this machine was the flight training of Air Force pilots. This machine became the second specially created jet training aircraft in the world after the Fokker S.14 Machtrainer. However, it was the SM.170 Magister of the Fouga company that became the first mass produced jet training aircraft that was adopted by the Air Force. In total, more than 1000 SM.170 Magister aircraft of various modifications were built.


The Fouga Magister aircraft was distinguished by its elegance of forms, and became the world's first jet combat training aircraft, which was purchased by the air force for training flight crews. All of its predecessors from among the jet training aircraft remained either converted for training purposes by fighters (Lockheed T-33 and Gloster Meteor T.Mk 7), or very large and powerful aircraft that turned out to be too expensive to manufacture and subsequent operation (Fokker S .14 and FiatG.80). After analyzing the emerging situation at the turn of the 50-s of the 20th century, the designers of the French company Fouga came to the conclusion that the market urgently needs a light jet trainer. The company, which previously specialized in creating light sport aircraft, was able to provide the military with a modern machine, which at that time had no analogues in the world. After the appearance of the SM-170 Magister, other companies began to develop light jet training and combat aircraft, but not all of their developments had the same grace as the Magister. 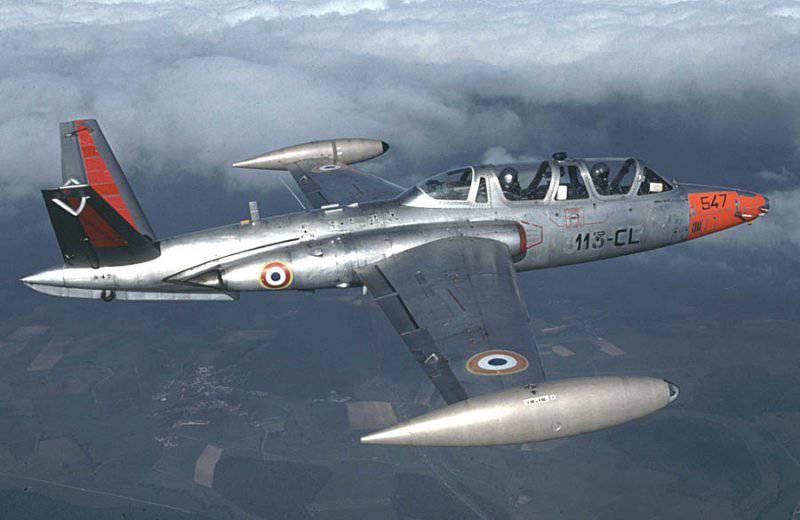 The design of the jet trainer was led by engineers Pierre Mubussen and Robert Castello. It was planned to use the Palace Palace compact turbojet engine (3x160 kgf) as the main power plant. At the same time, this project was soon interested in the management of technology and industry, which was the main customer aviation technicians in France in the late 1940s. But the insufficient thrust-weight ratio of the machine could not satisfy the requirements of the French Air Force. Therefore, Fouga, confident in the promise of its project, in 1950 proposed a heavier aircraft, designated CM.170R. The aircraft had a similar layout as its predecessor under the designation CM.130R (engines on the sides of the fuselage, tandem crew location, almost a direct wing of relatively large elongation). Along with this, two much more powerful Marbor II turbojet engines with a thrust of 400 kgf each were installed on the aircraft, which were created under the leadership of I. Shidlovsky.

In December 1950, the French Ministry of Aviation issued an order to Fouga for the construction of 3's prototypes. Distinctive features of the new combat training aircraft were a large elongation wing, as well as a unique V-shaped tail with surfaces that were tilted 45 degrees to the horizon. For a comparative assessment, one of the experimental aircraft was equipped with normal tailing, which, however, showed no advantages and at the same time had a greater mass.

The SM.170 Magister training aircraft is an all-metal monoplane with a mid-wing, which was equipped with brake plates and single-slot flaps. The tail of the aircraft was V-shaped and had a collapse angle of 110 degrees. The cockpit differed tandem pilot seats, it was made tight. The cabin had an air conditioning system, there was also an individual oxygen supply. The crew seats were not catapulted. 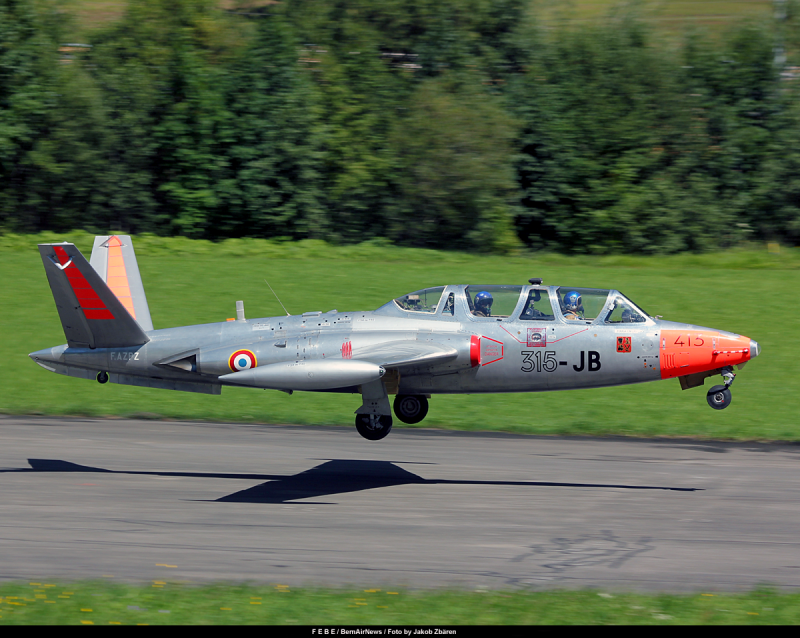 The power plant of the aircraft included the Turbomeca Marbore IIA XBUMX turbojet engine (2x2 kgf), and the Marbore VIC engines (400X170 kgf) were installed on the CM.2-2 Magister aircraft version. The engines were located on the sides of the fuselage. Also located on the sides of the semicircular air intakes. The fuel was located in two tanks in the fuselage with a capacity of 480 liters. In addition, 730 tanks for 2 liters could be installed at the ends of the wing. Also in the plane there was a special tank, which provided power to the power plant in an inverted flight position for 250 seconds.

The location of the instructor pilot and the cadet was made according to the tandem scheme (in contrast to the Cessna aircraft, in which the crew members were located side by side with each other). Both cockpits were made airtight, they were equipped with large individual lanterns that could be fired when an emergency situation occurred. In order to improve the instructor's review, after the first flight tests of the vehicle, it was decided to install a special periscope for him. Every pilot who made his first flight on the SM.170 Magister was simply fascinated by this plane. Both the cabin and the cadet and the instructor were very comfortable, and the view from the front cockpit was just great.

The on-board systems and the design of the aircraft from the first spans proved their very high qualities, and also confirmed the correctness of the design calculations. The nose rack of the chassis SM.170 Magister received a device for suppressing vibrations, and the car also had a very good initial rate of climb. The car was very easy to control, it had excellent flight characteristics. In fact, the only drawback of the aircraft, which was already detected during the operation, was an insufficiently high angular velocity in roll. 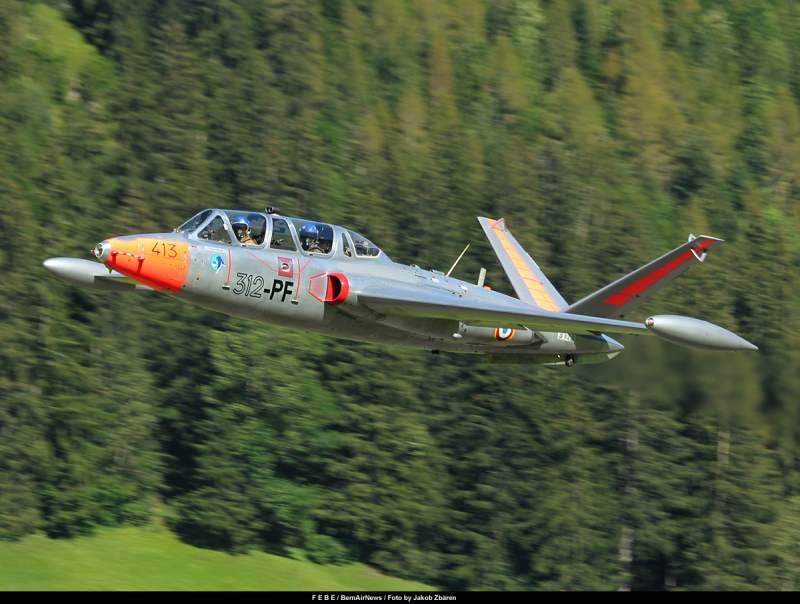 All Master airplanes were equipped with high-frequency radio stations (the main 12 channel and two-channel emergency). The machines were equipped with the necessary equipment for flying only by instruments, a radio compass was installed on them. On the CM.170 Magister, which carried weapons on board and acted as a light tactical aircraft, the TACAN radio navigation system and the friend-foe recognition system could additionally be installed.

In the role of a light tactical attack aircraft, the aircraft was equipped with two 7,5 or 7,62-mm machine guns, which were located in the nose of the fuselage. The ammunition of each machine gun consisted of 200 cartridges. Both pilots had gyroscopic sights, while the rear also had a periscope sight. The aircraft had two underwing assemblies of the suspension, on which two free-falling bombs weighing 50 kg, four NAR (120 mm), two NAR units (7X68-mm or 18X37-mm) or two air-to-surface Hopd SS missiles could be installed. 11.

The prototype aircraft performed its first flight on July 23 1952 of the year, and the first production batch of 10 aircraft was ordered by the French Air Force already in 1953 year. The initial order consisted of 95 aircraft for the country's Air Force and was placed on the Fouga facility in 1954 year. The first production aircraft, the CM.170 Magister, took to the skies 13 on January 1954. In total, more than 400-like jet training aircraft were produced in France. A version of the aircraft was also designed in the sea especially for the French Navy, it received the designation CM.175 “Zephyr”. A total of 2 prototypes were produced, as well as 30 production aircraft in this version. With the help of this aircraft, the French pilots of naval aviation obtained the initial experience of warfare from the aircraft carrier. 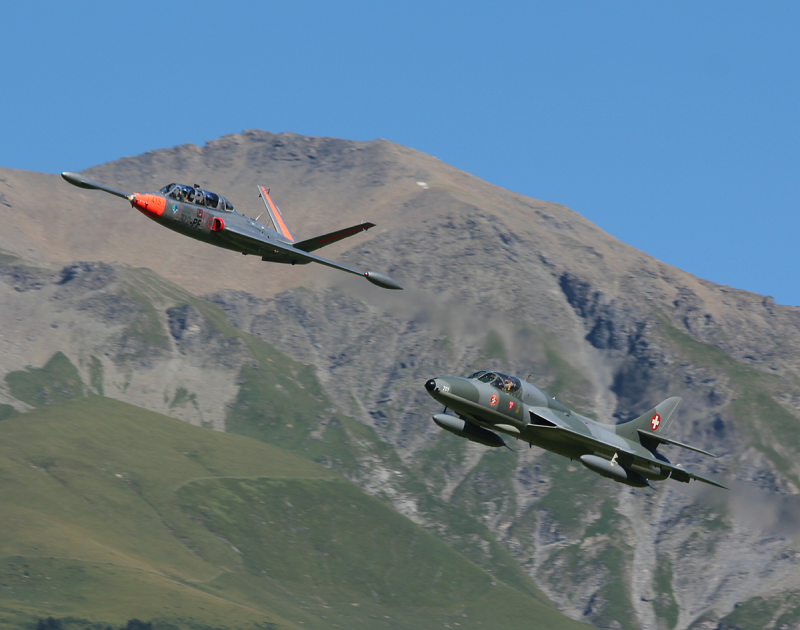 In addition to France, the CM.170 Magister jet training aircraft was produced under license in West Germany by the Flyugzoyg Union-Süd company. The car was purchased by Luftwaffe flight schools. But due to the transfer of training for Luftwaffe flight crews in the United States at the end of 1960, this aircraft in Germany was decommissioned. In addition, the aircraft was manufactured in Finland under a license; here the 62 Magister was assembled in addition to the 18 aircraft that were purchased in France. Also, the release of this model was mastered by the aviation industry of Israel. In this case, the Israeli pilots used this machine as a light tactical aircraft.

Approximately 310 machines from the 437 originally produced were in service with the French Air Force until the middle of the 80-s of the XX century. For a long time, these aircraft were operated in flight training units of Finland and Belgium. Israel effectively used these aircraft in the role of light attack aircraft. CM.170 Magister was particularly successful and massively used during the Arab-Israeli war in June 1967. At the same time, the planes struck the ground targets of the Arab troops on both fronts: Jordanian and Egyptian. In different years this aircraft was supplied by the Air Forces of Austria, Belgium, Finland, the Netherlands, Lebanon and a number of other countries. Under the license it was released in Finland, Germany and Israel. 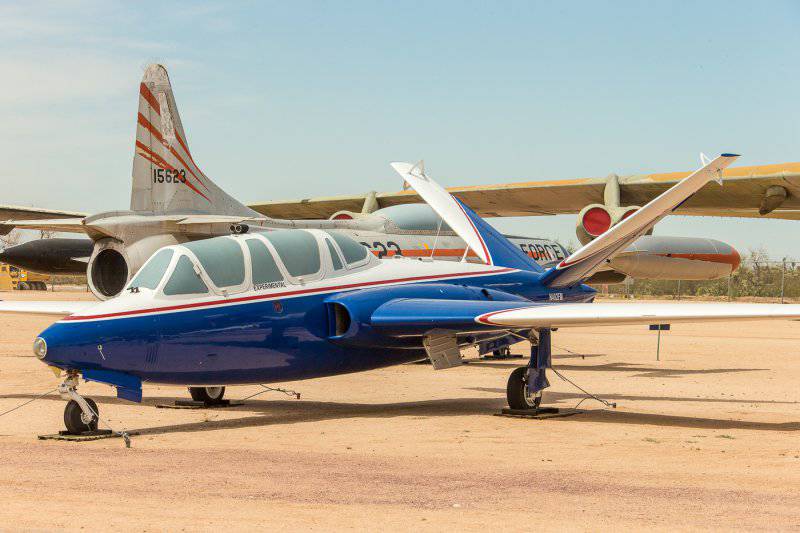 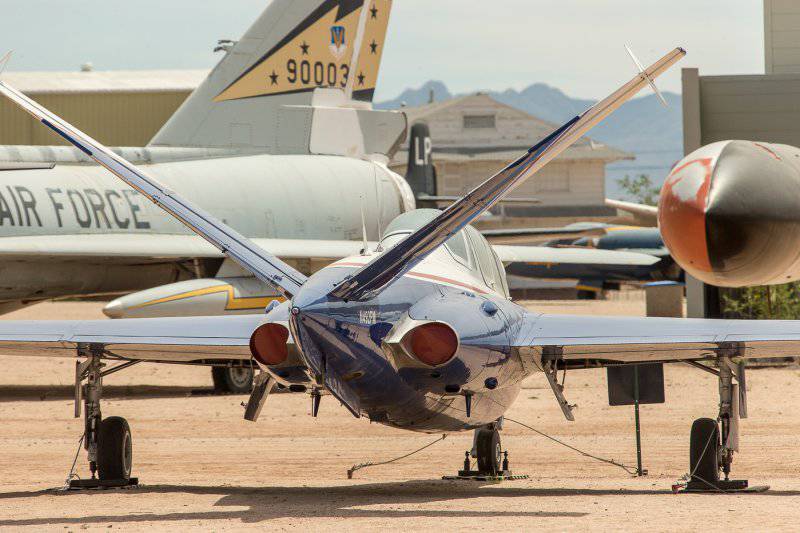 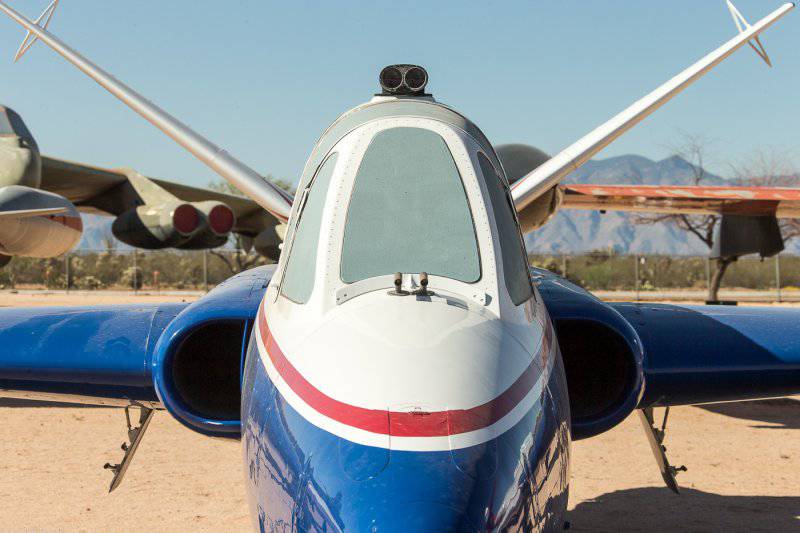 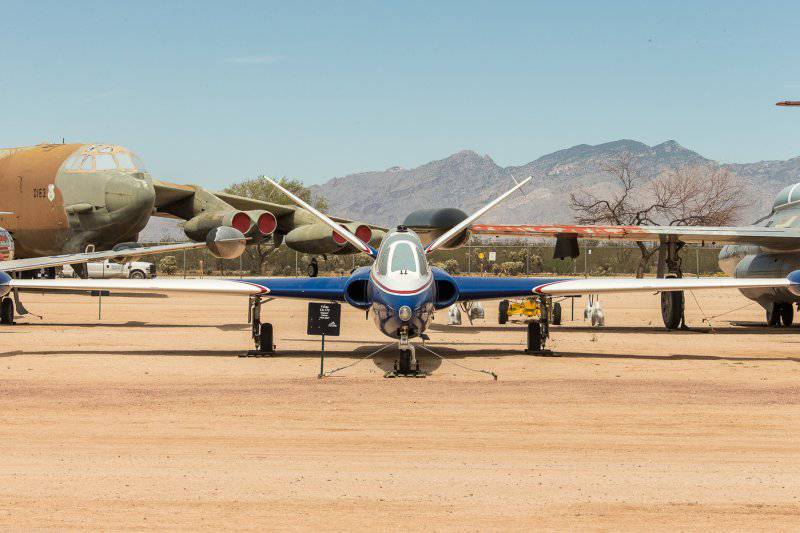