November 19, 2014
31
On November 17, on Monday, the media spread the information that Russia could acquire its own orbital station in the near future. The relevant material was presented by the publication "Kommersant", which referred to its own sources. Discussions about the construction of our own orbital station arose against the background of the deteriorating international situation and the planned withdrawal of Russia from the ISS project after 2020. However, the information that Russia already in the 2017 year could begin to deploy its own space station was “greatly exaggerated.” On the same day, this information was refuted by representatives of Roskosmos, who gave comments to Rossiyskaya Gazeta, Interfax and VGTRK.

Dreams of the station

“Kommersant” in its article “Russian-centric orbit” noted that already from 2017, a program on the deployment of its own orbital station could begin in our country. Curiously, the publication referred to its own sources in Roscosmos. The article talked about the fact that the project of a new high-latitude station was developed by scientific organizations of the Federal Space Agency. At the same time, it was planned to abandon the development of the domestic segment of the ISS, while fulfilling obligations to the other participants of this project before 2020. Part of the modules that were previously created for the ISS was planned to be redirected to the creation of a new national station.

“Kommersant”, citing its sources close to the leadership of the Central Scientific Research Institute of Mechanical Engineering (the leading scientific enterprise of the industry), reported that the launch of the domestic high-latitude orbital station into a near-earth orbit would be one of the key proposals of the project for the development of Russian manned cosmonautics up to 2050 of the year. This document is going to be presented by a joint group of Roscosmos and scientific organizations involved in the project. The publication noted that the Russian station should be deployed in the period from 2017 to 2019 years. However, despite this, there is no talk about the early collapse of work under the ISS project. Russia intends to firmly fulfill all its international obligations before 2020. 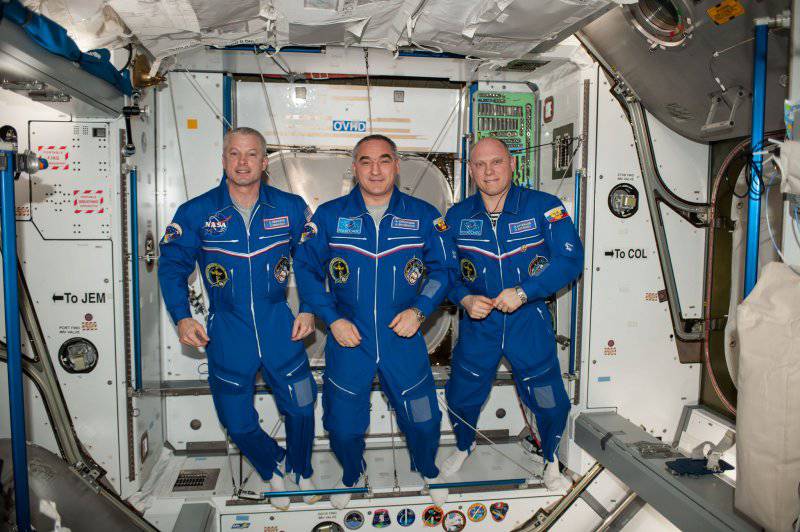 In May, 2014 of the year against the background of the cooling of relations between Washington and Moscow and the introduction of economic sanctions in charge of the military-industrial complex (and the space industry as well) Russian Deputy Prime Minister Dmitry Rogozin noted that Russia is not going to extend the station’s operation to 2024 of the year, as planned in the United States. At the same time, the released funds could be spent on other Russian space projects. Rogozin noted that more than 30% of the Roscosmos budget goes to the ISS. Later in early November 2014, Oleg Ostapenko, the head of Roscosmos, told Charles Bolden the head of NASA that the final decision on whether or not to extend the operation of the ISS to 2024 would be made in Russia before the end of 2014.

The Kommersant sources explained the logic of the creation of a national orbital station by a number of factors. In particular, launches of manned spacecraft "Soyuz-MS" from the new Vostochny cosmodrome to the inclination of 51,6 degrees (this is the inclination of the ISS) are associated with a significant risk for crews during the launch phase. If an abnormal situation occurs on board, astronauts may find themselves in the open sea. At the same time, the inclination of the Russian orbital station should be 64,8 degrees, and at the stage of launching the flight path will pass over land. In addition, the finding parameters of the Russian orbital station will allow cargoes to be delivered to it using rockets launched into space from the Plesetsk military cosmodrome.

Accordingly, the Russian Federation will receive full access to civilian space immediately from the 2-x sites, which should eliminate potential political risks when using the Baikonur cosmodrome in Kazakhstan. Also, a source of Kommersant noted that the location of the new Russian station would be more advantageous, which would allow for an expanded sector of the earth's surface to be realized. From the station it would be visible up to 90% of the territory of our country and the Arctic shelf, whereas the ISS, this figure does not exceed 5%, the source said. 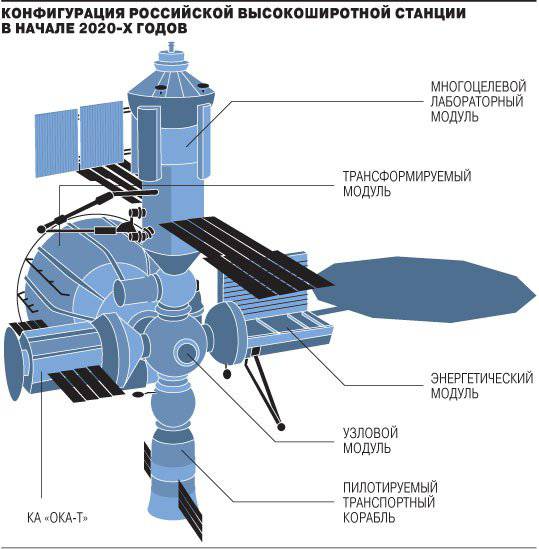 To create and arrange a new station, it is planned to use devices and modules that were previously intended for use on the ISS. The source of Kommersant said that the initial configuration of the new station will be built on the basis of the spacecraft OKA-T, the node and multi-purpose laboratory modules. The space station Progress-MS and Soyuz-MS will have to ensure successful operation of the station, and in the period from 2020 to 2024, it is possible to work out the transformable and energy modules used in the lunar program. Flight design tests of manned lunar infrastructure facilities were to become one of the functions of the new orbital station. The interlocutor of the publication spoke about the formation of a springboard - initially, the vehicles would get to the station, and from there it would be sent to the Moon.

On the issue price was not discussed. At the initial stage of implementation it was planned to use devices and modules that were created for the domestic segment of the ISS, which would not entail additional cash costs. At the same time, the ISS Russia takes part in the program from 1998 of the year. Today, Roskosmos spends 6 times less on station maintenance than NASA (in 2013, the United States allocated about 3 billion dollars for this purpose), while the Russian Federation owns the right to station crew 1 / 2.

Before joining the implementation of the ISS project, Russia has been using the Mir orbital station for many years, which was de-orbited only in 2001 year. One of the reasons for the flooding of the station in the Pacific Ocean called the high cost of its operation - about 200 million dollars a year. At the same time, the former head of the Russian Aerospace Agency, Yuri Koptev, admitted in 2011 that there was no reason to continue operating the Mir station. The cause was the catastrophic state of the station, there were even such critical moments when the control over the station during the correction of its orbit simply disappeared.

Roscosmos quite quickly issued a refutation of the information provided. This was reported by leading state channels - VGTRK and "RT", as well as the agency "Interfax".

A source in Roscosmos told Interfax that the project of the Federal Space Program does not provide for the deployment of a new orbital station in 2017-2019. Currently, the implementation of such a project is simply impossible. The interlocutor of the agency emphasized the fact that the project of the Russian orbital station is not being implemented either financially or technically. 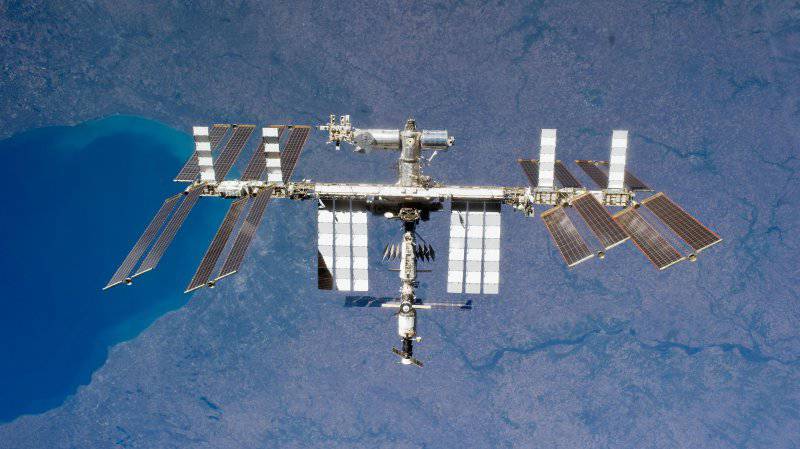 At the same time, a source in Roscosmos told reporters that some orbital modules, which are planned to be launched into space in 2017-2019, are intended to build up the Russian segment of the ISS. The management of Roscosmos has repeatedly said that it is interested in extending the work of the ISS at least until the 2020 year. At the same time, the expenses for these needs have already been budgeted for by the Roscosmos. At the same time, work on the project of a separate Russian orbital station will require the allocation of much more money. The interlocutor of the agency stressed that he did not believe that funds would be allocated in the current tense financial environment. This development he called improbable.

He also noted that the information about the development of a national orbital station that appeared in the Russian media would be technically difficult to put into practice on time. For example, the MLM mentioned in the press - the multifunctional laboratory module "Science" with a launch mass of 20,3 tons - should have been incorporated into the Russian segment of the ISS back in the 2007 year, but this module is still on the ground. So in 2014, its launch was once again postponed. The new launch date is the first quarter of 2017 of the year.

In addition, the interlocutor of the Interfax agency noted that the characteristics of the future domestic high-latitude orbital station given in the mass media are incorrect for monitoring the territory of our country. The ISS per day 6 just flies around the Earth, having a slope of about 51,8 degrees. Every more or less knowledgeable person will understand that from this position from the station one can observe most of the territory of the Russian Federation. In addition, the possible tasks of conducting Earth sounding are much simpler and more convenient to solve with the help of specially designed vehicles for this purpose, including small ones. To use a station with a mass of tens of tons for the same purpose is at least irrational. 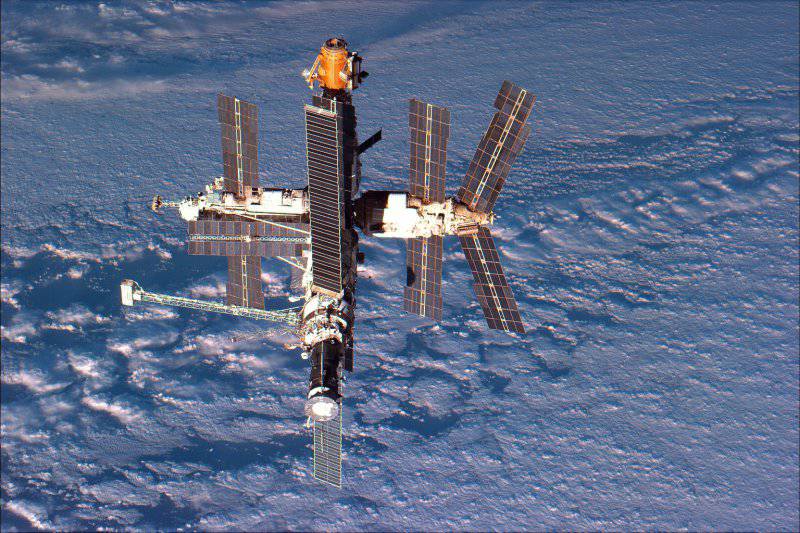 Soviet and Russian история The use of the orbital station is quite rich. Only in the USSR were implemented two programs for their construction - the military "Almaz" and the civilian "Salyut". A total of 7 Salyut stations were successfully launched into Earth orbit. Three of these stations (Salyut-2, 3 and 5) were created as part of the OPS military program, the Almaz orbital manned stations. The Soviet Union launched the first ever civilian long-term orbital station (SOS), the Salyut, into the Earth's orbit on April 19 of 1971. This station successfully worked in orbit 175 day. During this time, two expeditions were sent to the station, with the second of them ending in tragedy. The crew of the station was killed during the landing due to depressurization of the landing module.

In 1972, the Soviet Union tried to put the second DOS into Earth orbit, but its start failed, the station was lost. 3 April 1973 of the year managed to bring the Salyut-2 SPS into orbit, which completed its work in 54 of the day due to the onset of depressurization. Problems were observed in other Soviet stations. In particular, due to a malfunction in the proximity system, Salyut-3 and Soyuz-15 could not dock with each other, whose crews returned to Earth.

DOS "Salyut-6" and "Salyut-7" already belonged to the second generation of orbital stations, they were launched into orbit in 1977 and 1982 respectively. These stations had an 2 docking station, which provided the ability to supply and refuel the station with the help of cargo ships. The first station spent on Earth orbit 4 of the year and 10 months, and the second 8 years and 10 months. 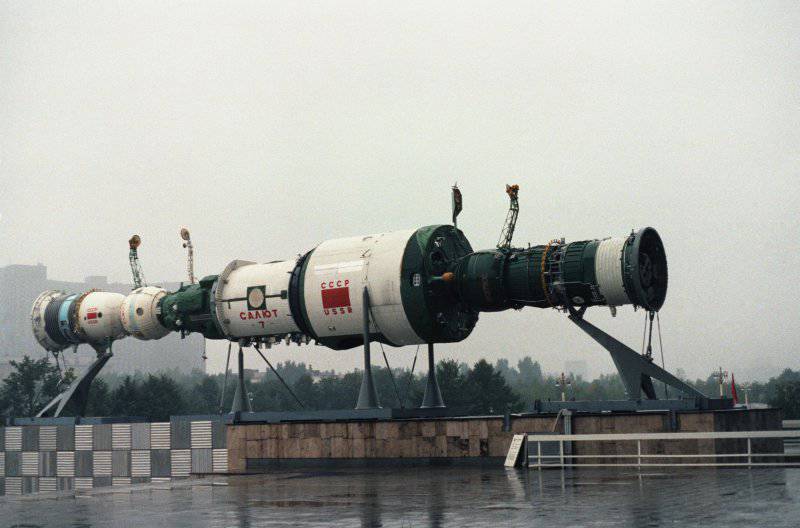 In 1986, the USSR was unable to put an unmanned station "Almaz-T" into orbit, which was created in the interests of the Ministry of Defense, and was prevented by a launch vehicle accident. From 1987 to 1989, an automatic military radar station called Cosmos-1870 operated in space. In addition to this, 31 March 1991 was launched at the Almaz-1А station, which spent much less time on Earth orbit (5 and a half months instead of 30). The reason for this was the increased fuel consumption.

19 February 1986, the world's first multi-module orbital station, the famous Mir station, was launched into Earth orbit. This station has existed in space for more than 15 years. During this time, the 104 man has managed to go on board. At the same time, the Mir station was able to survive a number of emergencies, including a fire on board and a collision with the Progress МХNUMX ship, which occurred in 34 year. The station was flooded 1997 March 23 year in the Pacific. This project was replaced by the International Space Station. Already 2001 November, 20, our country launched the first element of the ISS - the functional and cargo block “Dawn”. Currently, the Russian segment of the station already has 1998 modules: in addition to Dawn, this is the service module Constellation, the docking compartment Pirs, the small research module Poisk and the small research module Rassvet.