The war in Syria helps the militants of the IG 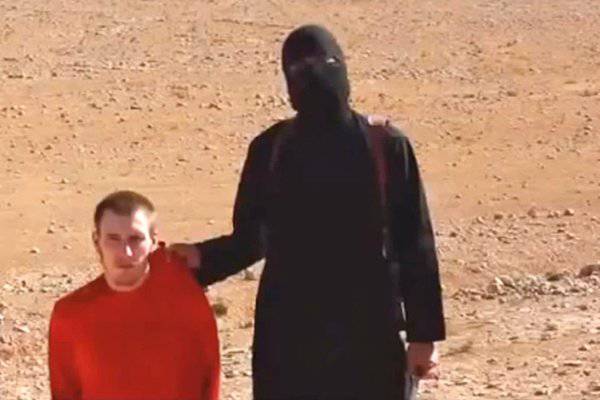 The war with the IG, which is being waged by the coalition and the United States, like all their wars, can rightfully be called "strange." Compared with the war in Libya, the number of sorties by positions and objects of the IG is an order of magnitude smaller. We can say that the coalition performs some kind of boring and incomprehensible work to it.

The only time when the air strikes were of a meaningful nature was a blow to the command of the IG, which resulted in rumors about the death of Abu Bakr al-Baghdadi. Yes, and they were soon refuted by his audio performance, although it, of course, cannot yet serve as solid evidence.

In this case, the strangeness of the war is not even in the nature of its conduct, but in the conscious distortion of causes and effects. In fact, the United States and the West, having unleashed a war against Assad, created greenhouse conditions for the emergence of the IG, and not only the IG, but also a number of other Islamist groups - the same "An-Nusra Front."

Without a war in Syria, they did not have the slightest chance. With all the talents of Saddam officers who forged a serious strike force from a marginal gangster group, nothing could have happened. IG was able to get stronger only in the occupied territories, armed with weapons from army warehouses, having received large-scale external financing and access to economic and industrial facilities. The seizure of the territories gave the Islamists and another resource - the human. Despite the fact that the leadership of the IG - Shura - consists exclusively of Iraqis, the cannon fodder of the group - very often the locals, driven into its ranks by force or duped by propaganda.

Having risen to its feet, the IG was able to carry out an operation to return to Iraq, where it seized new territories and a huge amount of weapons, carefully collected in giant army warehouses and bases, guarded by a helpless Iraqi army trained by the same Americans. The situation was finally finished off by a United States protege Nuri al-Maliki, who managed not only to quarrel with the Sunni population of Iraq, but to put him in a completely hostile position towards Baghdad.

So carefully fertilized soil could not bear fruit, and the IG did not just emerge and strengthened, but was able to shed its skin, from which an adult and deadly snake emerged.

At the same time, the West continues to regard Assad as its enemy. The war with Syria, which is the cause of the IG, continues. No one intends to abandon the idea of ​​overthrowing an undesirable regime, and now this is the only goal. No one mentions either the bloody dictator or the democracy that her warriors will bring on their bayonets.

The banal overthrow of legitimate authority is the goal. It makes no sense even to discuss the cynicism with which the West overthrows legitimate governments, conducts coups with neo-Nazis, Islamists and Bandera, but calls Russia, which is trying to counter them, "the main threat of the civilized world" along with Ebola.

In any case, no struggle with the IG, announced publicly, will have any prospect without ending the war in Syria, without the support of the anti-Syrian coalition of radical Islamists and terrorists.

In fact, Syria and Iraq even now, in extremely difficult conditions for them, still have the opportunity to independently deal with terrorists in their territories. The caliphate is still too weak, it has not been structured into a real state, it has too few resources, if we consider it as a state, although for a terrorist organization their number is incredibly large.

But there is still a chance. And that is why the United States will not give it to either Iraq or Syria. Support for the war with Assad will continue until the IG finally stands on its feet and is not ready to solve this problem on its own. Until then, there will be a coalition of the West, which will picture something there to bomb, depicting a decisive, but completely useless fight against the Islamists from the IG.